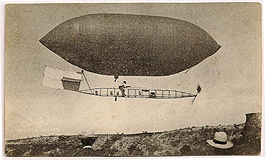 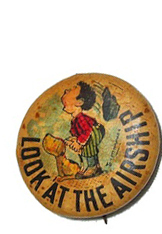 Even though there had been coverage of Henry Farman's skittering sliding circling flight in a Farman-Voisin biplane during mid-January 1908, and of Glenn Hammond Curtiss' straightline public flight at Hammondsport, NY, on July 4th, the international press coverage of aviation during 1908 belonged to Wilbur and Orville Wright.

Wilbur demonstrated remarkable skills flying his Model 1907 Wright Flyer at Hunaudières racetrack near Le Mans, France. His first flights during August 1908 must have stunned aviation savvy witnesses, for he did banked circling turns and figure eights, seemingly without effort, and to those who knew and understood, he might as well have been performing magic, such beautiful maneuvers were simply beyond the grasp of European aviators at the time. 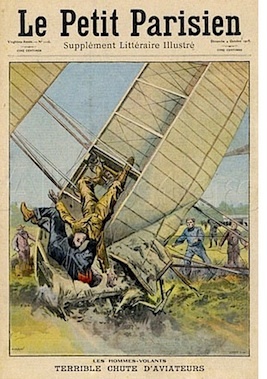 Orville was at Fort Myer, Virginia, conducting qualifying trial flights for the US Army Signal Corps, with the prospect of the Signal Corps purchasing one of the Wright machines. During September, a plunge and crash from 150 feet up due to the failure of a cracked and fractured propeller killed U.S. Army Lt. Thomas Etholen Selfridge and very nearly killed Orville.

The exclamation point on the realization that powered human flight was a reality came during July 1909, when Louis Bleriot flew the Channel in his Bleriot XI monoplane, and during the last full week of August 1909, with the remarkable Grande Semaine d'Aviation de la Champagne international aviation event at Reims, in France's champagne region. Some half-million people were present and witnessed human powered flight during the week of August 22nd-29th. The President of France attended, as did much of French high society. 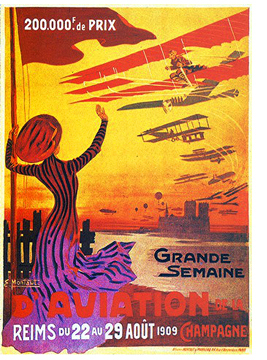 Those two events generated enormous international newspaper coverage, especially when New Yorker Glenn Hammond Curtiss won the speed contest against Louis Bleriot and others, with reports going out to the press multiple times each day during the week of the Reims event. If someone read a newspaper during late July through late August of 1909, it would have been very difficult to avoid stories, often with large headlines and on page one, about aviation and flight and those souls who were risking all to fly.

Those events, in France and Virginia, generated extensive newspaper coverage and gave rise to many aviation themed stories, political cartoons (as in the August 29, 1909, Sunday Bridgeport Herald, below), poems, songs and other aspects of popular culture. The world was rapidly becoming "air-minded." 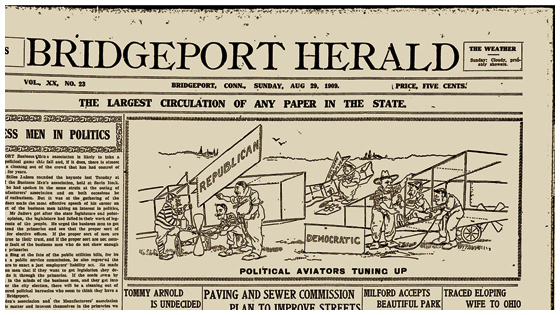 It is not too much of an exaggeration to say that those two years, 1908 and 1909, were awash with aviation and aviation news.

Bridgeport resident Gustave Whitehead, who claimed to have flown aboard his winged powered machines in August 1901 and January 1902 -- years before Wilbur and Orville flew in December 1903 -- did appear in the Bridgeport, Connecticut, press during 1909 but by then he wasn't proclaiming that he'd been "First to Fly."

During 1909-1911 the man that some people and the Connecticut legislature believe flew in 1901, was busy building a ponderous biplane (with slightly inclined flat wing surfaces which would have generated very little lift) and a Bleriot XI-type monoplane for Stanley Yale Beach (both machines were unsuccessful), and a 60-horizontal propeller helicopter-type device, powered by a heavy engine, which also failed to lift off the ground. 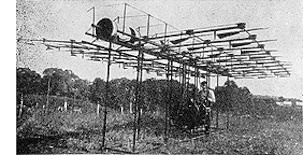 Lee Burridge, of the New York Aeronautic Society, who paid Whitehead $5,000 to build the helicopter-type machine, eventually sued Whitehead to recover his money, and won.

Burridge wasn't the only investor -- Herman Linde and Stanley Yale Beach were two others - who ended up seeking the legal route to recover their money or the machines Whitehead built, after it became clear the machines would not fly, as Whitehead said they would. These actions against Whitehead also generated negative press for Whitehead.

So, there was coverage of Gustave Whitehead, although it was anything but flattering, his machines still would not fly and he was being sued by his patrons.

By this point Whitehead was no longer being quoted in the press as claiming he'd flown a heavier-than-air powered machine in 1901. 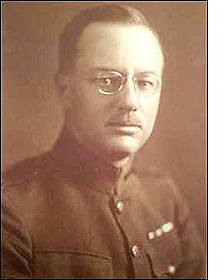 Confirmation of Gustave Whitehead's silence during 1908 and 1909 on the matter of his supposed "flights" in '01 and '02 came from Ernest L. Jones (left), editor of the first American aviation journal Aeronautics and longtime secretary to the Early Birds of Aviation. In 1951, Jones wrote to Ethel Beckwith of the Sunday Bridgeport Herald declaring "I knew Whitehead in 1908-9, when he was making engines for various experimenters, and he never mentioned to any of us his exploits."

In the same letter to Beckwith, Jones also remarked the Sunday Bridgeport Herald's reporting was not necessarily hardhitting at the time it published the Flying article about Whitehead's supposed "flight" on August 14, 1901... "(as I remember it years ago, when I read it, it was a particularly breezy paper, and not at all the order of the N.Y. Times for example, or the Monitor)."

One brief mention of Whitehead and flying appeared in the December 2, 1909, edition of the Bridgeport Evening Farmer - it was of the 'he's likely to fly at any time' variety.

At the time, in 1908 and 1909, if Whitehead had again made his case for being "first to fly" it might well have been international news. Yet, as noted in Part 1, even his obituary in 1927 failed to mention his attempts at flight.

It was not until the mid-1930's that Gustave Whitehead's claims of pre-Wright flights were again in the public eye.

In late August of 1901, as Whitehead was telling the press he would soon fly with six passengers from Bridgeport to New York, the Boston Globe quoted him as saying "I have more capital than I need now and the glory is to be all mine."

After that initial flurry of making claims he'd flown in 1901 and 1902, Gustave Whitehead essentially stopped saying such things after 1903 or so.

Certainly by 1908-1909, when Whitehead could have gained attention in the swirl of aviation news at that time, he had become silent on the matter of his supposed 1901 and 1902 "flights," so it appears.

Also striking is that in 1911, when exhibition flying by professional aviators (including Lincoln Beachey who flew over the city to the shrieks of factory whistles and was seen by a multitude of people) came to Bridgeport, Whitehead seems to not be mentioned in the press of the day. 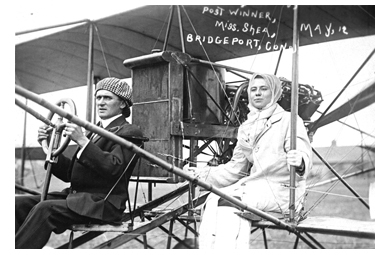 If Whitehead had truly done what he said he did in 1901-1902, it is difficult to understand why some enterprising reporter would not have sought him out for quotes about seeing the aeroplanes above Bridgeport.

The N.Y. Times included this line in their coverage of the aeronauticial events at Bridgeport "Lincoln Beachey scored the honor of being the first aviator to fly a heavier-than-air machine over the city of Bridgeport."

Even though Whitehead stopped making wild unproven claims of early powered human flight, some today have resurrected his earlier claims and promote them as true.

A recent example is Susan O'Dwyer-Brinchman's self-published book Gustave Whitehead: First in Flight (ISBN-10: 0692439307), in which the author not only repeats the claims of 1901 and 1902, but also supports claims that Whitehead flew in 1899.

One wonders what "Gus" Whitehead would make of all this, beyond the fact that his falsehoods, fabrications and exaggerations have enjoyed a long life.