One of the world's most beloved, and highly-sought after cartoon characters has come to life in an interactive game of "Where's Waldo?"

Two suited sleuths help viewers hunt for him by weeding through Waldo lookalikes and other zany characters including a wizard, "friendly giant" and Super Mario.

The roughly four-minute video was released Monday by Corridor Digital, a Los Angeles-based group that specializes in creating YouTube videos.

In a behind-the-scenes video, documenting how they made the hide-and-seek game, they explain that they came up with the "Where's Waldo?" video idea in hopes of better showing the creative and technical possibilities of producing 360-degree videos.

"It was the perfect excuse to do a 360-video because it actually encourages you to look around. You're trying to find Waldo, right?" says Wren Weichman, who portrays Waldo and serves as Corridor Digital's visual effects lead and creator, according to their website.

Before watching, viewers are encouraged to maximize the YouTube video's quality -- from standard definition (such as 240p or 360p) to high definition (720p or 1080p) -- by clicking on the gear icon just below the video's screen. 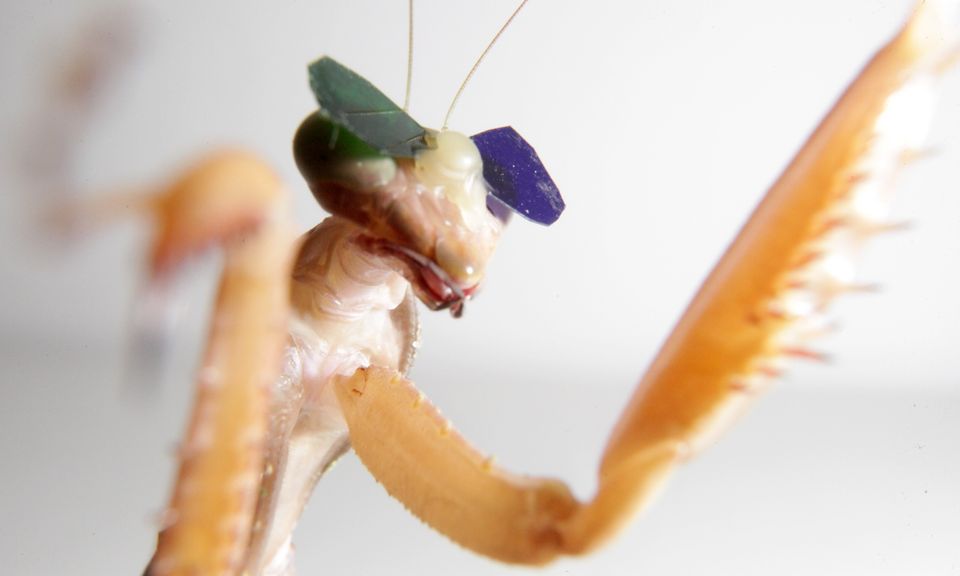 1 / 6
A close-up look at the tiny glasses with blue and green lenses, which&nbsp;were shown to work in mantises.
Newcastle University