Who is the most endearing/has the most compelling story arc in Harry Potter?: originally appeared on Quora: The best answer to any question. Ask a question, get a great answer. Learn from experts and access insider knowledge. You can follow Quora on Twitter, Facebook, and Google+. 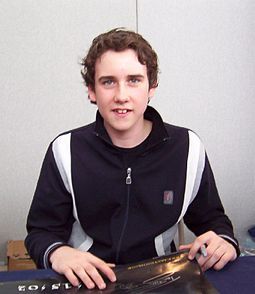 Do you remember the Neville of Sorcerer's Stone? The kid that lost his Rememberall? He ruined cauldrons, broke his wrist, ended up going to the stupid duel and getting cursed by Malfoy. And then, Neville he ended up in detention because the Golden Trio decided that they wanted to be dragon smugglers today. The detention that landed them in the Forbidden Forest? Yeah, that one.

And then, to top off the year, he ends up being cursed by Hermione, so that the trio can be the big heroes. But the joke is on them, slightly, because it's his ten points that push Gryffindor over the edge, winning them the House Cup.

The next three years, Neville is that little lost puppy in the back of the classroom. Remember this gem from Snape in Prisoner of Azkaban?

Possibly no one's warned you, Lupin, but this class contains Neville Longbottom. I would advise you not to entrust him with anything difficult.

If Neville is a puppy, Snape is the one kicking him. Well, Snape and his grandmother, but the latter seems more domineering than malicious when we actually meet her.

We do learn in Goblet of Fire that there is actually a subject that Neville is good at--Herbology. We also get a bit of foreshadowing when the Cruciatus Curse is demonstrated in front of him. Let's just say it makes Neville uneasy. (Can you imagine how he felt when he learned that that spider was indeed tortured by Barty Crouch Jr.?) He brings Ginny to the Yule Ball, but, as we all know, she really would have wanted to go with Harry, had he actually gotten around to asking for a date in time.

Up until this point, Neville has been that kid among the Gryffindors. But finally get some of his horrible backstory, and the beginnings of character development. If you're going to pinpoint when Neville really started to change, and when attitudes about him changed as well, you've got to look to Order of the Phoenix.

We meet Neville's parents. Did you know, they were the rockstars of the Auror department back during the First War, and that his grandmother holds him to that standard? Did you know they were tortured because some crazy Death Eaters (read: Bellatrix Lestrange, Rodolphus and Rabastan Lestrange, Barty Crouch Jr., and, oh yeah, Bellatrix I-Killed-My-Cousin-Because-I'm-Bat-S***-Crazy Black-Lestrange!)? That they don't even remember him? Or, rather, that his mother gives him bubble gum wrappers? While Harry knew some of this earlier, it's completely different when we finally meet the Longbottoms.

And then the three remaining torturers escape from prison.

This is when Neville buckles down and resolves to be the best at DA. He always was working hard, but Harry even notices the change. This time, Neville is going to do this, and he's going to do this right. He's not going to be the scared little kid anymore.

This work (and the fact that he can see Thestrals) pay off when he gets caught up in the mission to the Ministry that Harry insists on taking. Neville is one of last students left standing, even after he is tortured. If you think that Neville from Sorcerer's Stone could handle that, you've got another think coming. He very nearly makes it to the end, which is especially remarkable when you remember that his father's wand, the wand he's been using all of this time, breaks.

(We also learn that, a decision or two in the opposite direction, and Neville could have been Harry. It's amazing that the fact that we could have been reading Neville Longbottom and the Order of the Phoenix is not the most interesting fact we learn about him in the book.)

Neville doesn't get into the Slug Club, but I'm betting that Slughorn regretted that decision. After all, later this year, Neville participates in the Battle at the Astronomy Tower. His magic also seems to improve as he stops letting his grandmother dictate his life (the Transfiguration versus Charms decision) and he finally isn't burdened by his parents (new wand, new perspective).

But the most impressive things Neville does happen off screen, in Deathly Hallows. Neville is one of the three that restarts Dumbledore's Army, basically becoming the new Harry and leading the resistance to the Carrows/Snape. They beat him, they torture him, they take away Luna and Ginny, and they try to kidnap his grandmother. What does he do? He turns the Room of Requirement into a camp for the good guys. It's even said that he understands the room better than anyone else, knowing exactly what to do to make sure that the group of people living there are safe and well-fed.

All of this would have been amazing enough, but Neville, like all of the good guys, has to go fight the Battle for Hogwarts. During it, he becomes the only student outside the Trio to destroy a Horocrux. For a character that intially seemed to be more of a Hufflepuff than a Gryffindor (and, in fact, argued for that decision during his Sorting), Neville is the one that pulls the sword of Gryffindor out of the Sorting Hat. The big, spectacular ending couldn't have happened without Neville.

According to JK Rowling, Neville still leads a pretty great life, finding balance between amazing war hero and respectable teacher. He worked as an Auror for awhile (probably at the same time as he was dating Luna [which happens in movie-canon]), and then he became Herbology professor and settled down with Hannah Abbott. He lived on top of a pub. That's about as a complete transformation as possible.

Neville changes a lot, arguably more than anyone. The change in his confidence is absolutely astonishing, and he becomes a superstar character. He's no longer that puppy being kicked. He's Lassy, or something equally awesome. He's that rescue dog that saves people from burning fires and avalanches.

Or, if you're a fangirl: 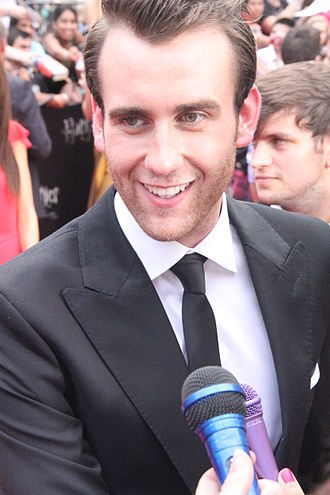