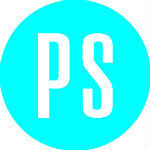 According to the infallible question-answerers at Yahoo! Answers, it’s a conglomeration of strawberries, lobsters, red marker pen (huh?), and embers.

One know-it-all writes that some people have synesthesia, a rare condition in which people closely associate one sense with an unrelated other (seeing sounds, numbers appearing as colors, etc.).

But for the countless rest of us plebeians who merely smell smells and see sights, all is not lost. Researchers have found that non-synesthetes consistently associate certain colors with certain smells. And, when a color is paired with an unexpected smell, people rate the combination as less pleasant.

A group of international researchers, led by Carmel A. Levitan at Occidental College, tested whether our association of colors with smells is universal (hard-wired in our brains) or based on cultural factors like language and frequent association between objects and smells.

Previous studies are inconclusive: Some researchers have shown that connections between odors, musical notes, and geometric shapes are hardwired into our brains. But the color-odor connection isn’t always consistent; Canadians consistently associate almond smell with the color red, but in a separate study, Australians smelled blue.

Using a 36-color palette and armed with 14 “odor pens,” researchers asked around 20 people in each cultural group to rate which colors were most and least congruent with each smell. Nobody told the participants the name of each smell—they simply sniffed and selected colors. The results confirm previous findings that color-odor connections are fairly stable within a culture. Notably, they show that these connections differ across cultures.

People largely agreed that the fruity scent smelled like pink and red, while the musty scent smelled orange and brown. Some results seem counter-intuitive—while most cultures agree that soap smells like lighter pastel colors, Germans and Netherlands-residing Chinese thought of a dark grey hue. The plastic smell mostly elicited a dark, neutral palette, but Germans and Dutch thought of bright pink and orange.

Researchers predicted that the palettes would be similar between cultures that share geography or language, but that was not the case. Americans and Germans had similar results, as did Germans and Malaysians. Overall, the U.S. participants’ color choices were most similar to all other cultures, while Malaysians tended to be the outliers.

The results open a whole new argument about which particular factors contribute to color-odor differences. They could include language, age, travel experience, and frequency of cooking.

By the way, studies show that people’s ability to label odors is “astonishingly bad.” To tease out the effects of language, Levitan and her colleagues suggest, studies could ask participants to identify the odor before making color choices.