Since 1985, nearly 5,000 state and local subsidies totaling more than $4.6 billion have been awarded to businesses, organizations and institutions in Illinois. 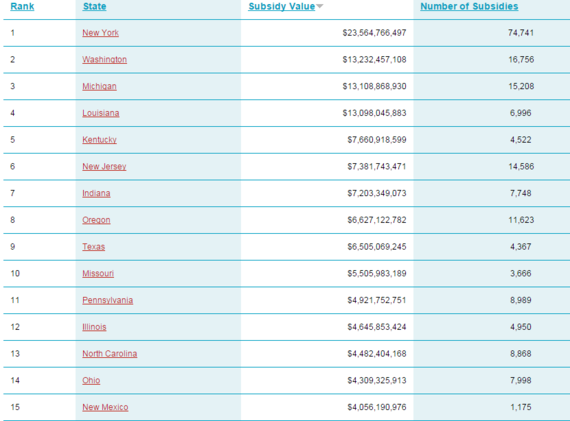 That's according to Good Jobs First, a national policy resource center that promotes corporate and government accountability in economic development. The group keeps track of state and local subsidies awarded to various entities in the U.S. through its "subsidy tracker."

Listed below are five of Illinois' 10 largest recipients of state and local subsidies between 1985 and 2014. A link to the rest follows the list where you can see the type of subsidy and the years in which they were awarded:

Here are the five largest recipients of state and local subsidies in Illinois from 1985-2014.