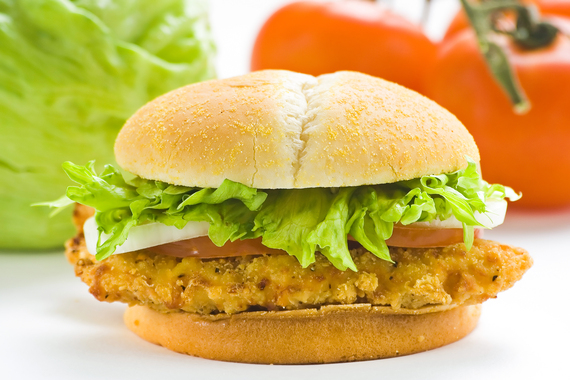 Editor's Note: The selections here are each restaurant's most basic fried chicken sandwich. Because once you start getting into the Cadillacs -- your cordon bleus and your bacon-ranches -- this gets crazy complicated. 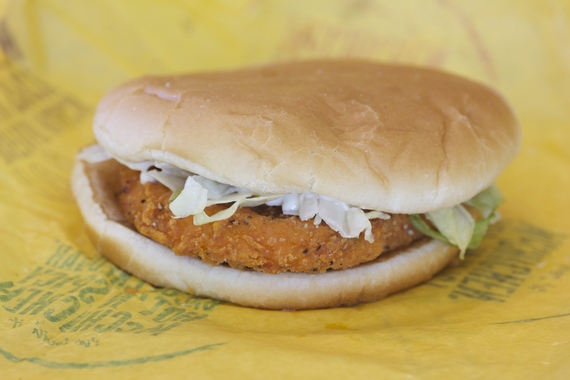 An important note from the nutritionist
Frechman believes you can eat "pretty much" all foods in moderation, which is great news for anyone looking to eat these sandwiches, many of which are high in sodium and fat. But here's the rub: if you're looking to lose weight, she recommends you look closely at the calorie count. If you just want to eat healthy, pay attention to the saturated fat and sodium. For our purposes, we asked her to take into consideration all the nutritional info.

To put the nutritional stats in context, 1g of fat is equal to a 1/4 pat of butter. So when you see a sandwich has 40g of fat, that's 10 pats of butter, or the average amount of butter a Wisconsinite puts on their toast in the morning. Frechman notes, "Most of the sandwiches contained about half of the recommended amounts of fat for a day." 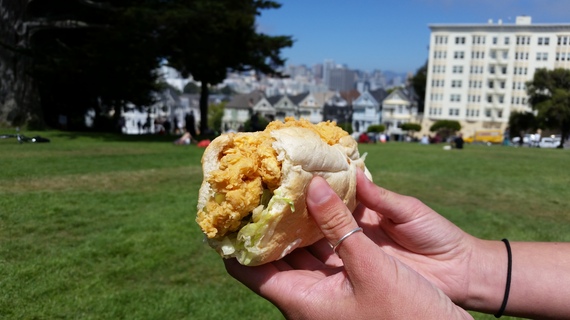 10. Popeyes chicken po-boy
Better load up on spinach to try and counteract the 9g of saturated fat, 2,120mg of sodium, and 75mg of cholesterol in this sucker -- the highest counts in those categories out of every chicken sandwich we considered.

9. Carl's Jr. Big Chicken Fillet
The chicken sandwich at Hardee's fast-food brother-in-arms has the same amount of cholesterol as Popeyes, and a few more calories (680, compared to 660 for Olive Oyl's favorite chicken sandwich), but 760 fewer milligrams of sodium. 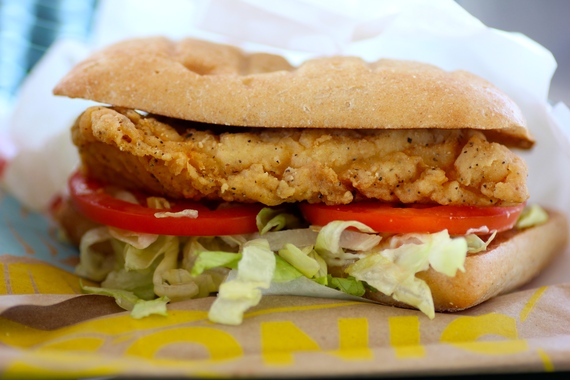 6. Jack in the Box spicy chicken sandwich
While this chicken sandwich with a kick has about as many calories and as much saturated fat and protein as Sonic's, it has 130 fewer milligrams of sodium and 14 fewer grams of carbs. Kudos to you, J in the B! No one calls it that, right?

To find out which fast-food chicken sandwiches are the top 5 healthiest, get the full story at Thrillist.com!

The Most Underrated Order at Your Favorite Fast Food Chain