What kind of parent are you?

There are bookshelves filled with options: Tiger Mom or free-range, attachment or laissez-faire. Pick a guide, and become the parent that you wish to be. But a study released this morning suggests that is exactly backwards. Parenting, this new research argues, is not a system you choose, but an outgrowth of who you are; you don't select it as much as you let it find you. What is "good" parenting depends on the life you've lived and the values you hold.

Understanding this would go a long way toward ending, or, at least quieting, the parenting wars.

The Institute for Advanced Studies in Culture at the University of Virginia has been examining the roots of parenting style in "family culture," and today's report sorts American families into four distinct groups. No two agree on what kind of world awaits their children, nor what morals, values and ideals will be needed to navigate it.

"They speak different languages, they have different sets of beliefs and suspicions," said Carl Desportes Bowman, Director of Survey Research for the Institute, when unveiling the results at a meeting in Washington, D.C. this morning.

It is a lens also being used recently by social psychologists to look at politics, concluding that what ends as Red State/Blue State, begins as two moral universes -- one that sees values like faith and tradition as its sun, and another that revolves around things like equality and tolerance. That analysis goes a long way toward explaining why each election leaves so many voters feeling that they live in a different country, and, when applied to parenting it hints at why other parents seem so clueless.

Why do we all look at this same role -- parenting -- and see so many different and disparate ways? It is because, this school of thought argues, we are all looking out through different windows, and therefore looking onto entirely different worlds.

Who they are: Parents who put religion -- Jewish, Christian, Muslim or other -- at the center of their world.

Most important value: Morality. They worry that the rest of the world doesn't share it, and they deeply want their children to know the difference between right and wrong. When faced with a situation that is morally unclear, for instance, "the Faithful overwhelmingly say they would decide what to do based upon what God or scripture tells them is right (88 percent), rather than upon "what is best for everyone involved" (9 percent) or what would "make you happy" (2 percent)."

Where they live and what their families look like: Two-thirds are white, 16 percent are Hispanic and 11 percent are black. Their education level is average, their family size is larger than average, and they are most heavily concentrated in the South. Eighty-eight percent are married, 74 percent of them in their first marriage. They are four times more likely to be Republican than Democrat.

Outlook: Negative. The Faithful are facing down a world that is quickly going to hell -- and perceive a "strong decline's since their own childhoods in "American moral and ethical standards"; "the quality of TV, movies, and entertainment"; and "the dating and sexual practices of teenagers."

Reflection of their worldview on their parenting: The Faithful pray as a family daily over meals, believe in spanking and regular chores, turn to pastors and spiritual counselors, not clinicians or experts for parenting advice, and feel secure as parents in their control over their children. "Fully two-thirds reject the idea that 'trying to control teenagers' access to technology is a losing battle,' compared with 41 percent of other parents," the report says.

Who they are: Parents who see "tolerance" as the key to their moral code, rather than "faith."

Most important value: Personal freedom -- theirs and everyone else's. With that freedom comes responsibility for the consequences of one's choice, and they believe their role as parents is to "prepare children to be responsible choosers, weighing alternatives, thinking carefully through courses of action in advance." For them, the answer to a morally unclear situation is to do "what would be best for everyone involved" (71 percent) while only ten percent would "do what would make them happy personally or improve their individual situation."

Outlook: They "see only moderate decline" in moral standards, media and teen romance, "if not a world where things are holding steady."

Where they live and what their families look like: 71 percent are white, 17 percent are Hispanic and only 2 percent are black. They are more educated than average, while their family size is smaller than average, and they tend to live in the Northeast or on the west coast. Eighty percent are married, with 63 percent remaining in their first marriage. They are four times as likely to be Democrats as Republicans.

Reflection of their world view on their parenting: There is little prayer but lots of talking. More exposure to popular culture and technology. When advice is needed it's gotten from therapists, psychologists and counselors. They are reluctant to spank, and also hesitant to use punishments like grounding, scolding or taking away privileges. One similarity between the first two groups is telling, however: both Progressive and Faithful parents see themselves as less strict than their own parents were, and also closer to their children.

Who they are: A group that feels marginalized, reticent, unsure of themselves and their place in society. A group adrift.

Most important value: The "freedom of retreat," the report says. When asked what trait they most want to see in their children, only one-third consider honesty to be "absolutely essential," (compared to 83 percent of other parents), while just 6 percent say that about "generosity." In contrast twice as many Detached parents than other parents consider "valuing practical skills over book learning" as important.

What they and their families look like: Two-thirds are white, 17 percent are Hispanic and 10 percent are black. They are less educated than average, are likely to have just one child, and are evenly distributed around the country, with slightly more in the West-Northwest and the Mountain regions. Two-thirds are married, 54 percent still in their first marriage. They are as likely to be Democrats (28 percent) as Republicans (26 percent) "but politically they are most noted for the fact that 27 per- cent spurn political identification altogether, even the 'Independent' designation."

Outlook: Worried. They strongly disagree with the statement that "this is a great time to be bringing children into the world," but theirs seems to be regret for individual influence lost, not that of morality or God.

Reflection of their worldview in their parenting: are the least likely to believe they have the power to control their children's technology or the right to know their children's friends. "Their parenting strategy is to let kids be kids and let the cards fall where they may," the report says.

Who they are: While these parents share the low economic and educational levels of The Detached, they have far higher aspirations for their children. "They hope for much and invest even more," the report says, "pouring themselves fully into their families' futures."

What they and their families look like: About half are black (22 percent) or HIspanic (26 percent), 7 percent describe themselves as some other minority and 46 percent are white. They are less educated than the average parent, and 1 in four live below the poverty line. Fewer than two-thirds are currently married, many have never married, and they are more likely than any other group to be women.

Outlook: Optimistic. Their children will be better off than they were. They will do anything to make that happen.

Reflection of their worldview on their parenting: They "are as quick to spank or scold as they are to praise or reward good behavior." They are the most aggressive about making sure their kids get ahead, twice as likely as The Detached, for instance, to "invest heavily in providing opportunities to give their children a competitive advantage down the road." 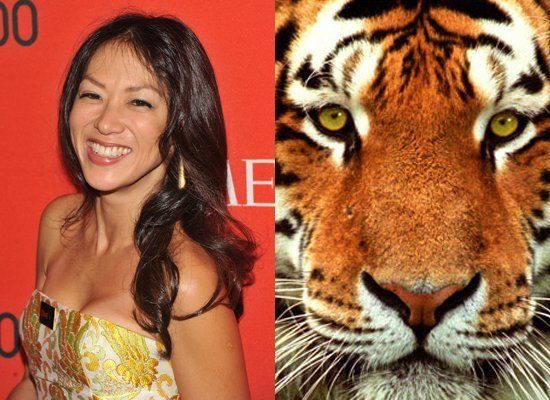