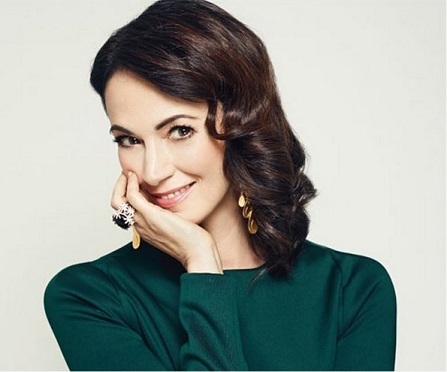 I just love Joanna Going. Plus, she's from Rhode Island, NY, so that makes her even more special.

Be sure to check out Part I of my interview with Joanna Going because she shares some really cool stories!

What is your family history?

I am of Irish, Italian, and French Canadian descent. My mom's father came from a family of 11 children who came over from the island of Ischia, Italy and settled in Providence, RI. Her mother was part of the large community of French-speaking Canadians who settled in Woonsocket, RI. My great-great grandmother Catherine Murphy Going, a widow with seven children and a nephew in tow, arrived from Tipperary, Ireland to NYC in 1880, and soon settled in Providence, RI. Catherine bought a house on Atwells Avenue and the grown children went to work in the woolen mills. Catherine's only grandchild, John Christopher Going, was orphaned when he was still an infant. Catherine raised him in that house on Atwells Avenue where he then raised his own children -- one of whom was my father. When my mother met my father, his family was still living in that same house. I was my parent's first child, Joanna Catherine Going, named for my great-great grandmother Catherine, and my father's maternal aunt Johanna Burke, and bearing the initials of my father's father, John Christopher, who passed away just months before I was born.

House of Cards. What's it like working on a Netflix set vs. a DirecTV set?

I only know about working on one show on Netflix vs. one show on DirectTV, but it was vastly different working on House of Cards, an enormous hit in its second season, and "Kingdom", a relatively low-budget and much scrappier new show. We had pretty crappy old trailers in our first season, compared to the state-of-the-art digs on HOC, but they did lend something to the atmosphere of the world we were depicting, as did our main location -- the very creepy Fred C Nelles Correctional Institution in Whittier, CA which is a now-defunct prison for children. Most of the sets I shot in on HOC were built on the stage, and were very pristine, stately, and sumptuously decorated. On the first season of KINGDOM, we did not shoot on a stage, but in several structures at Nelles, and other less-than-desirable and rather seedy locations. Let me just say that the motel where Christina and Terry, her pimp, lived was VERY authentic. When we returned to shoot the second season of Kingdom, now in North Hollywood, we had shiny new trailers with satellite TV (thank you DirecTV!), and a beautiful soundstage with room for all the production offices and workshops (design, props, wardrobe) all in one place. We still shoot on location quite a bit, in the Valley, downtown LA, and out in Venice, but it makes life a lot easier that our home base is not an hour-plus in traffic away.

One thing I can say for both Netflix and DirecTV, the catering and craft service for both is superb, because these folks know that the first rule of film production is FEED YOUR CREW WELL!

I must mention Dark Shadows, which is the first time I ever saw you perform. At the time, did you ever see the original DS? Did you know what a cult following it had?

I was in elementary school when the original Dark Shadows aired; it came on after school, at four o'clock. We were not allowed to watch it at my house, but I was very aware of it. The image of Jonathan Frid as Barnabas seemed quite ubiquitous at the time, and once in a while I could catch it at a friend's house, it was very scary!

We were especially fond of Dark Shadows in my home town because the stand-in for the exterior of Collinwood was Carey Mansion, formerly known as Seaview, located in Newport, RI. Since 2010, fans of Dark Shadows have held an annual, week-long, Halloween gathering at the house, raising funds for Seaview Cares, which assists the Carey family with restoration and upkeep of the home. When I was cast as Victoria Winters, I knew there was a cult following for DS, but I was not truly aware of the extent of the passion and longevity of the fans. Creator Dan Curtis really knew how to capture the audience with intriguing characters and age-old mysteries of the imagination. He was tough and gruff, but these stories made him light up like a little kid, and he loved actors. One of my fondest memories is from one late night "lunch" break during a DS night shoot. Dan sat himself at the head of one of the long tables and as each actor came through the catering line, he would call out and wave them over to sit, holding court with all of his DS family around him. Dan took great delight in the making of Dark Shadows. I will never forget his shouts of "More blood!" and "Smoke it up!" referring to the ever-present fog machines, indoors and out, that gave the pictures his trademark texture.

I had a wonderful time making Dark Shadows. I fell in love with Victoria and Josette, Barnabas and Jeremiah, dear creepy Willie Loomis. It was tremendous fun and I am grateful to all of the loyal fans who keep DS alive, and for their continued support of my career.

Do you watch Orphan Black? Which is your favorite clone and why?

YES! I am a proud member of the Clone Club and a passionate fan of Tatiana Maslany. I am just agog at her talent and her seamless and incredibly-detailed transformations into each and every character. If you're going to force me to choose favorites . . . I love Helena for her child-like purity of heart, coupled with her voracious ferocity and Alison always makes me laugh!

Please read Part I of my interview with Joanna Going for behind the scenes info on Kingdom!