People take pride in the food they eat, and ethnic communities especially form and retain their identities around their traditional cuisines. What's Italian without pasta? Or the Thai without their Tom Yum Goong?

For the Vietnamese, it is, of course, pho soup, that delectable and aromatic noodle dish that have Vietnamese fighting each other over how best to make it--northerners and southerners have their own interpretation--and pho now finds itself in a controversy over a video made by Bon Appétit featuring a white chef telling people how to enjoy the dish. 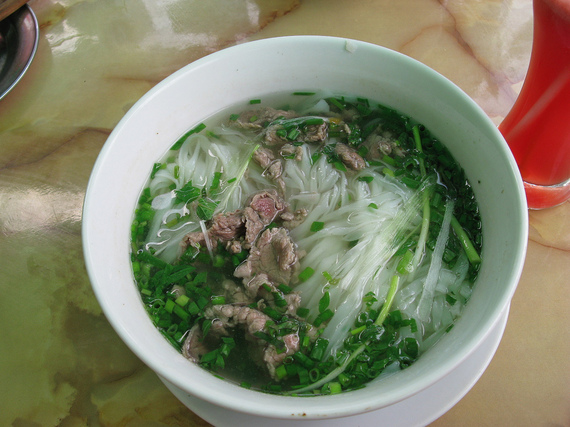 At one end, there are those who bristle at a white man telling them how to eat their own food, claiming that Bon Appétit is practicing cultural appropriation. At the other end, there are those who speak of freedom of expression-- freedom to eat and cook whatever they want, it's a free a country, and it's all protected by the first amendment. [The Bon Appétit video has since been pulled].

My feeling on this is a little complicated. To even get to the issue of cultural appropriation, it is inevitable that one should ask first and foremost, "what is authentic?"

If you go for back far enough, everything is borrowed. Pasta it is a combination of noodle and tomato. Marco Polo, as legend has it, brought back the noodle from China, and the tomato which makes the sauce came back with the conquistadors who conquered South America.

Vietnamese cooking has been anything but authentic if you go back far enough. Vietnam had her hands in many pots, from India to France, from Thailand to China. The Banh Mi, which now dominates the sandwich industry in the U.S., is a borrowed fare from the French baguette. Yet in Vietnam, hardly anyone thinks about France when they sit down and eat their favorite dish in the morning. 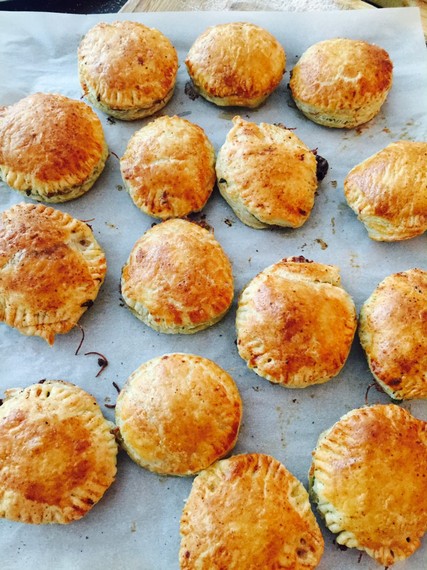 Pate' Chaud is a Vietnamese dish adapted from the French, eaten daily in Vietnam. Photo by Andrew Lam.

Indeed, appropriation and adaptations are the survival instincts of the Vietnamese who have to deal with a long and arduous history of being dominated and colonized by one powerful country after the next. Vietnamese language itself is an almagamation of Chinese, French, Khmer and an array of colliding local tribal dialects. The same can be said of its spirituality: Atop a traditional Vietnamese altar, a visitor will find various Buddhas, faded images of grandpa and grandma, and statues of Taoist saints. This combination of Mahayana Buddhism, Confucianism, and Taoism known as tam giao is the result of efforts to integrate religious ideas that arrived in the country over the millennia. Ancestor worship is mixed with yearnings for Buddhist nirvana while the temporal world is measured through the Taoist flow of life force known as the qi.

Then there is the story of Vietnam's indigenous religion, Cao Dai, established in the mid-1920s, which goes so far as to integrate and reconcile the world's major religions. In its cosmos it perceives Hinduism, Judaism, Zoroastrianism, Buddhism, Taoism, Confucianism, Christianity, and Islam all as human efforts to worship and communicate with the one Supreme Being. It numbers Moses, Joan of Arc, Louis Pasteur, Victor Hugo, Sun Yat-Sen, Jesus Christ, and the Vietnamese poet Trạng Trình among its many prophets and saints. Graham Greene, in his Vietnam novel The Quiet American, called Cao Dai the "prophecy of planchette," as its spiritualists receive messages of wisdom from the various saints in séances.

Little wonder that we would see a mixture in Vietnamese cuisine as well. In bò kho, or beef stew, to cite but one example, there's beef, carrot, and tomato brought by the French, curry powder from India, cinnamon from Ceylon, star anise from China, and chilies, lemongrass, and fish sauce from Vietnam itself. If you feel like it, pour in a little red wine from Bordeaux and it will still work beautifully. Vietnamese cooking thrives on integrating new ingredients to achieve new balances. What is invention, after all, if not one part theft and two parts reinterpretation?

Pho, too, arguably the most authentic Vietnamese dish, didn't come into being without the help of other civilizations. What's almost certain is that it came from North Vietnam, specifically Hanoi, about a century ago. What is less certain is how. Seminars on the dish have scholars from all over the world arguing whether the word came from the French word feu (fire) - as in the dish pot-au-feu - or whether it descended from the word Fen - Chinese for rice noodle. Star anise, native to southwest China, is used in combination with Vietnamese fish sauce to give it its distinct flavor, but French onion is also used to sweeten the broth. Cardamom comes from India but noodle is definitely Chinese. Yet in Vietnam, beef was rarely eaten until the French came in the late 1800s.

The nature of all creativity is to borrow and remake - that is to say, transgression and appropriation. Some of today's newly invented dishes are a marriage from various traditions, an add on, a homage. The Chicago deep dish pizza was once thin and simple from Naples. And if you haven't tasted a Korean barbecue short-rib taco, popularly known as the Kogi, you must. Chased with chili salsa, kimchi and crushed sesame seeds, the Kogi is an invention daring that it started with roaming trucks in Southern California but people lined the street waiting for their arrival. What is avant-garde today may very well become traditional fare tomorrow.

Having said all this, however, as a Vietnamese American, I confess to sharing that feeling of being slighted in seeing my own traditional dishes being "explained" by an "outsider." Why? Because in the modern world, those who sell themselves off as experts while ignoring those who have been practicing their living culinary tradition for generations are committing the sin of omission. It is like having an intellectual panel on America's diversity but the panelists are all white males. Or casting Matt Damon as the lead hero in films like The Great Wall, or god forbid, a white actress to play Mulan in the next Disney film, inserting whiteness at the center of the story when historically there was none. That insistence on being the center of someone else's story is both at once myopic and narcissistic, and the lack of awareness or perhaps mere laziness of not reaching out to the other is jarring, if not damning, and that self importance backfires in the age of social media and global consciousness.

I wonder: would it be a lot of work for Bon Appétit to ask an array of Vietnamese American chefs known for cooking amazing pho to chime in on what makes a Vietnamese dish taste good and how to prepare it? Wouldn't it be more wonderful if we see different interpretations of the dish but still nodding to the living culinary culture of a people as practiced everyday?

In our world, free and full of creativity, you should have the right to make any dishes you like, and reinvent and resell it.

But at the same time, you shouldn't be able to get away with it when you pretend to have expertise of others' cultures while ignoring the people who practice them. You should at the very least pay the proper homage, and be humble as one the many practitioners in the tasting game - and not claiming yourself as its master.
+ + + 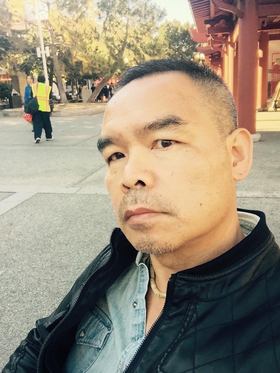 Andrew Lam is an editor at New America Media in San Francisco and the author of "Birds of Paradise Lost," a collection of stories about Vietnamese refugees in San Francisco, "East Eats West: Writing in Two Hemispheres," a book of essays on East-West relations, and a memoir, "Perfume Dreams: Reflections on the Vietnamese Diaspora." The above essay was originally written for Off the Menu: Asian America is a co-production between the Center for Asian American Media and KQED, featuring a one-hour PBS primetime special by award-winning filmmaker Grace Lee (American Revolutionary: The Evolution of Grace Lee Boggs). The project is funded by the Corporation for Public Broadcasting.

More:
chinesecontroversyphoFrenchVideo
Newsletter Sign Up
An essential daily guide to achieving the good life
Subscribe to our lifestyle email.
Successfully Subscribed!
Realness delivered to your inbox