My wife, a schoolteacher, watched the DNC for hours today, tearing up as Hillary Clinton was nominated for president. But my thirteen-year-old daughter didn't share the same emotion, wondering what the fuss was all about. She's now used to hearing about the accomplishments of women. And that's a good thing. 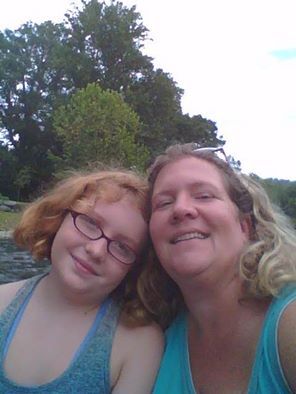 When I came home, I was surprised to see my wife home early, with the television on, watching the DNC roll call for states. She had put aside her lesson plans for the fall for her English classes on Tom Sawyer, counting the votes like a CNN pundit. "Did they do this for Trump?" she asked me. "I think they just ended it with Alabama," I replied.

She saw the votes pour in for Bernie Sanders. "Are these the votes he got, or is he picking up votes?" she asked. She had seen all the support for Sanders and saw me watching Fox News Channel's coverage of the protests the previous day. I assured her that Clinton had it in the bag. "But it's a little too close for comfort for me."

She's not a political science teacher, or even a major. We do watch "House of Cards" and "Game of Thrones" as well as Samantha Bee's show, but her world doesn't revolve around politics like mine does. But then it hit me. Like so many women her age that I know, they've grown up in a world where teachers told her that a woman could be elected president, but political pundits pooh-poohed every candidate who seemed to come close while voters shied away from ending tradition, undercutting each one.

Hillary Clinton's campaign in 2008 got her excited, and she was sad to see the New York Senator just come up short. Her disappointment didn't lead her to back McCain, just because he put Sarah Palin on ticket.

I have noticed that she seemed more interested in the political campaign this year than any other year. I just assumed it was the high stakes, the Trump candidacy, the close polls, but maybe it was about seeing a woman break through the glass ceiling. She wasn't watching CNN's coverage for me. It was for her, and her daughter. Polls now show that a majority of Americans are comfortable with a female nominee for president, according to Ariel Edwards-Levy with Huffington Post.

"My son and I are watching this," her sister messaged me on Facebook. "He wants to see which state gives Hillary the winning vote." She's a physics professor at another college, and just as eager as her sister to see Clinton win the nomination, watching it with her twelve-year-old son. After all, she spends a lot of time helping women in STEM classes overcome gender bias, giving them the same opportunities as male students.

My teenage daughter seemed to be the lone holdout. It just didn't seem so important for her. I've heard that this is sometimes the case for younger Sanders supporters. I admit being a little puzzled by her decision. But it isn't that she doesn't like Clinton. She's a rare voice of support for Hillary at her school, dominated by conservative kids.

But all her young life, she's seen cases of women succeeding, in politics, sports, business, and everyday life. It's not that Hillary Clinton's nomination held no meaning for her. It just didn't seem so unusual anymore. When Clinton spoke of all the cracks in the glass ceiling, it wasn't just one woman who made them all. It was millions of women across America who made them in their everyday lives.

In a number of European countries, there are gender quotas for elections, where a certain number of female candidates have to be on the ballot for each party to qualify (and women still lack power in some countries that adopt quotas, like Poland and Spain). America doesn't have that, despite calls for it. I suppose that makes Clinton's accomplishment all the more impressive. My daughter still doesn't understand that part, or know about what America was like before the 19th Amendment, but I hope one day she will.