With this year's abundance of fantastic films also came a surplus of mesmerizing and poignant film scores. From Hans Zimmer’s epic “Interstellar” score to Trent Reznor and Atticus Ross’ unnerving musical stylings for “Gone Girl” -- not to mention the five films scored by composer Alexandre Deplat this year -- there was undoubtedly a wealth of great music displayed on the big screen.

But two scores that stood out as the most innovative, sonically arresting and necessary to the films in which each are featured are ineligible for Oscar consideration. Such was the fate of "Whiplash" and Birdman," two films about the unraveling stability of performing artists that used jazz percussion-inspired scores to sharpen and amplify the internal mayhem. The Academy of Motion Picture Arts & Sciences deemed each film too reliant on outside music to qualify.

That left many -- including "Birdman" composer Antonio Sanchez -- angered and saddened. After all, rather than just accompanying the imagery shown onscreen or adding melodic color to scenes, these scores aurally interpret, react to and explore the characters’ journeys in ways that few films have done before. 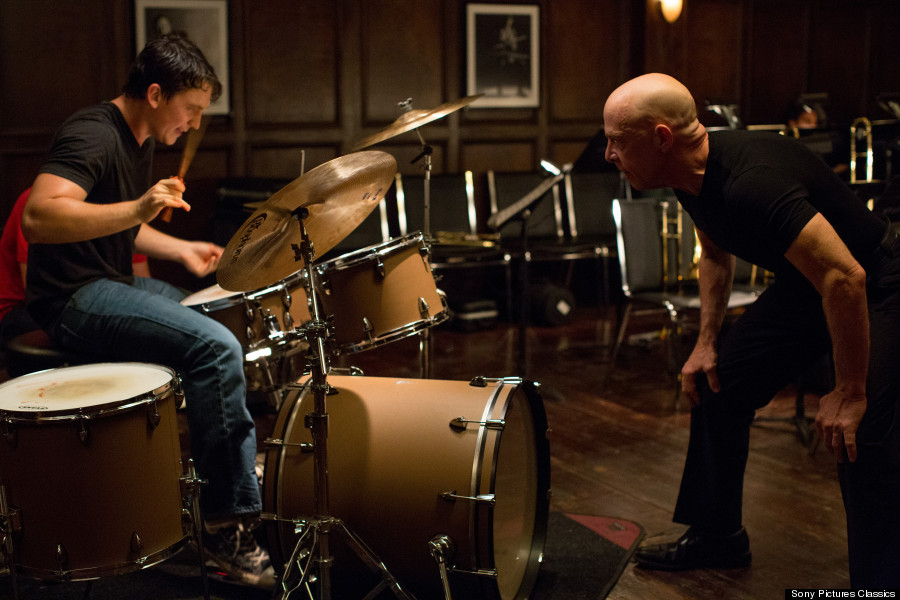 First take “Whiplash,” a film based on big band jazz standards that writer-director Damien Chazelle struggled to learn as a young drummer. Hank Levy’s 1972 “Whiplash” and Juan Tizol’s “Caravan,” first performed by Duke Ellington in 1936, are at the center of the film as young drummer Andrew (Miles Teller) practices relentlessly to master the time signatures of each tune. But instead of mirroring the music we see Andrew and other musicians play onscreen in the movie, “Whiplash” composer -- and Chazelle’s former roommate -- Justin Hurwitz wanted the score to react to the character’s mental and emotional state.

“It was tough because there’s so much jazz onscreen and elsewhere on the radio and TVs that we knew it couldn’t really be a jazz score or big band score, per se,” Hurwitz told HuffPost Entertainment over the phone. To create a score that took the viewer into Andrew’s head as he fought to impress the tormenting Terence Fletcher (J.K. Simmons), a teacher at the music conservatory that Andrew attends, Hurwitz used “100 percent real instruments” and isolated every note while recording so he could manipulate their sound. “Damien and I joked that the thesis behind the score is that Andrew is being tortured by the instruments he makes music every day,” Hurwitz said, laughing. “Almost every note you’re hearing in the score has been slowed down a lot so it sounds more like a hellish version of the instrument that made it.”

Since “Whiplash” follows a drummer, the score also plays with percussion to conjure the frantic angst Andrew feels, much like what Chazelle experienced. The filmmaker told us over the phone that everything in the score had to reflect the anxiety he personally felt as a musician, and thus the various instrument speeds Hurwitz used lended to a “distorted, eerie version of a big band sound” he had once played. 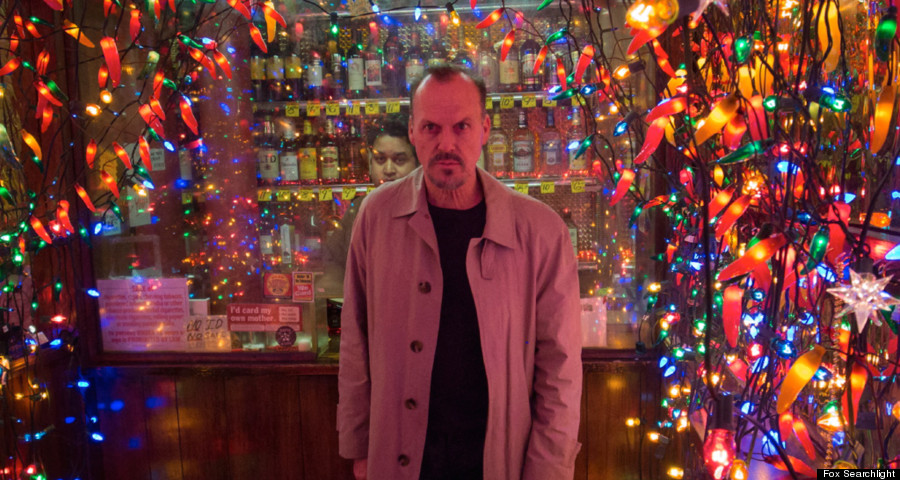 Just as Hurwitz detuned instruments and slowed down notes to bring the tension witnessed onscreen to the audiences’ ears, Sanchez also experimented with different drum sounds on the score of Alejandro González Iñárritu's film. “Birdman” marks the first-ever film score for Mexican drummer Sanchez, who plays and tours with the Pat Metheny Group.

Unlike most film composers, Sanchez didn’t begin writing the score while watching the completed scenes, but instead improvised without any visual reference. To help create the “very spontaneous, improvised, and spur-of-the-moment” sound Iñárritu wanted, Sanchez suggested to the writer-director, “How about you sit right in front of me and you imagine the scene with me, and whenever you see in your mind Riggan [Michael Keaton's character, an actor] doing the next thing, raise your hand.” So they did: “I was also hitting the drums with all different things,” Sanchez said, “with my hands, the sticks, brushes, with bamboo rods, to get all different textures and sounds.”

But there was one issue when Sanchez finished recording the majority of the score in New York: it sounded too clean. “Alejandro wanted something dirtier and kind of nastier, something that sounded like a drum kit that hasn’t been played in years,” Sanchez said. In a studio in L.A., Sanchez re-recorded much of the score with detuned drums and added things onto the cymbals to give them a drier and more broken sound. 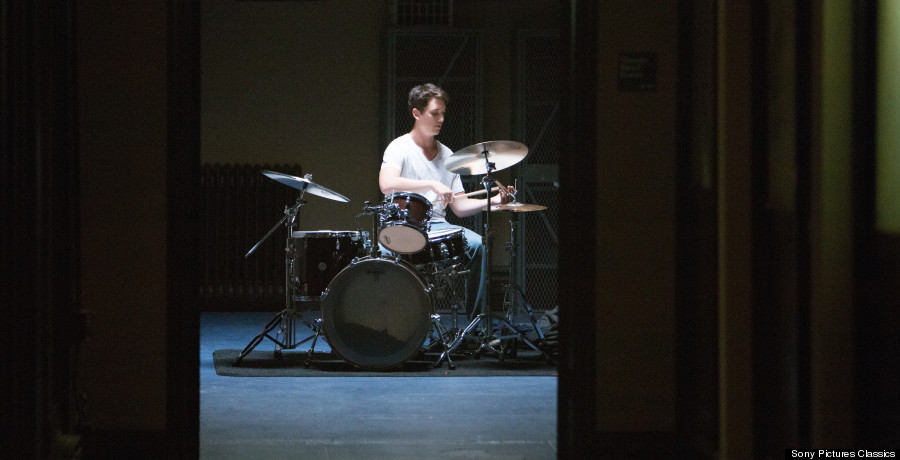 To further enhance the constant bedlam bouncing through Riggan’s mind, Sanchez literally multiplied the power of the drums. “For the scenes where Riggan’s mind is going nuts,” Sanchez said, “we overdubbed a bunch of drum tracks on top of each other.” The drummer quadrupled the usual four limbs, layering four drums tracks on top of each other to create “total chaos and randomness.” Hurwitz also used a similar technique of doubling drum parts to add to the maddening incoherence Andrew felt in the film. Chazelle said that the use of percussion in “Whiplash,” which featured much of the score’s spontaneous flourishes, helped “to build anxiety and keep you in the main character’s head.”

Although Sanchez’ original drumming takes up 50 percent of the score, it was deemed ineligible by the Academy after a lengthy appeals process for its use of pre-existing classical music cues. After the decision was announced, Sanchez told HuffPost that he “strongly disagrees” with the disqualification.

Yet the drummer said he was still humbled by the praise and other awards attention the score has received, including a Golden Globe nomination. “The music that people remember after watching the movie is the sound, originality, character, and strength of my score."

“Birdman” and “Whiplash” are now playing in theaters. 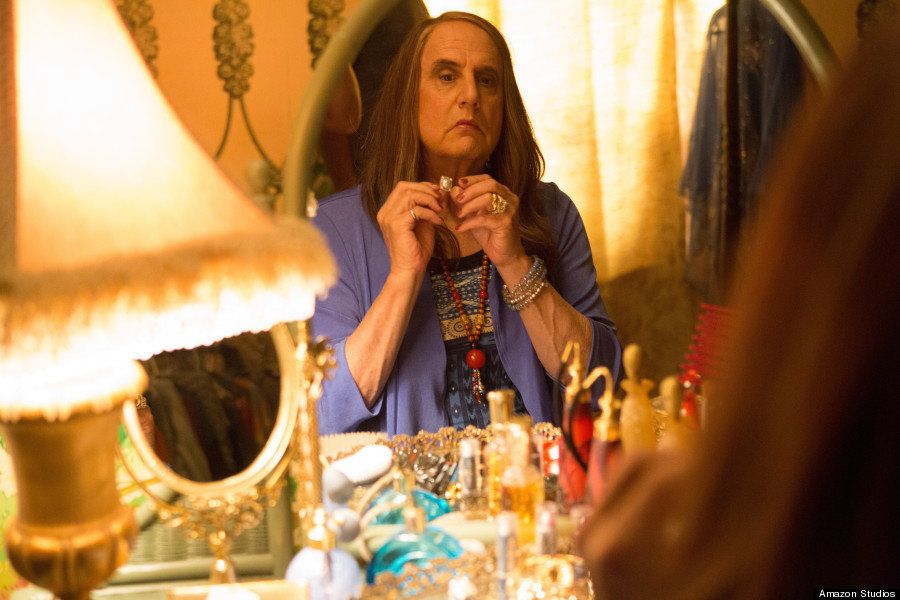 1 / 26
Jeffrey Tambor on "Transparent"
It's impossible to believe George Bluth and Hank Kingsley once lived inside Jeffrey Tambor. Every ounce of his body -- the way he breathes, his hand gestures, the subtlest of facial expressions -- now belongs to Maura Pfefferman, 2014's cultural spirit guide. Her story, and the delicate way Tambor approaches it, is the inspiration we needed to survive this complicated year.
Amazon Studios