Move over, vodka. Whiskey is having better luck with the ladies these days.

Sales of vodka have dropped in the last two years after a decade of dominance, according to a Wednesday report in The Wall Street Journal. Women, long the target consumer for such brands as Smirnoff and Absolut, are abandoning vodka in favor of the brown stuff.

“We’re realizing women don’t have to be ghettoized into these female cocktail options like cosmos and appletinis,” Meghan O’Dea, a 28-year-old essayist and member of a drinking club called The Whiskey Women, told The Huffington Post. “We’re seeing a move toward gender-neutral drinking.” 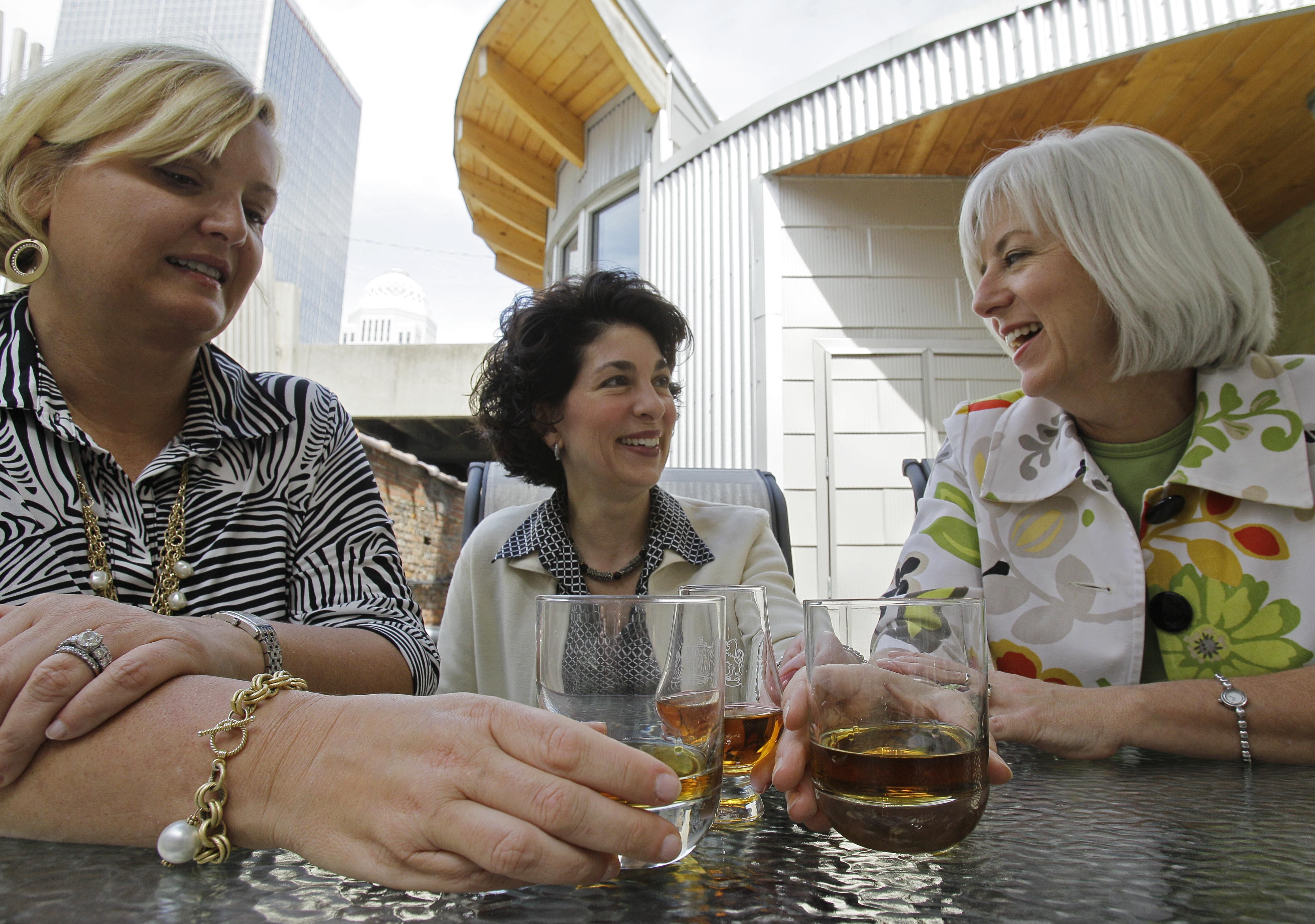 That means more whiskey. According to the firm International Wine & Spirit Research, Americans drank 24 million cases of domestically produced whiskey in 2013 -- a 30 percent spike from a decade ago.

Meanwhile, vodka is losing ground. Total U.S. sales of vodka grew by just 3.7 percent last year, compared with the 4 percent growth of the U.S. liquor industry overall, according to data from the trade group Distilled Spirits Council. This marks the second year in a row that vodka underperformed compared to the industry average, which it had bested for much of the last two decades.

Part of the problem is the glut of sweet-flavored vodkas available to consumers. These 600 flavored brands -- some of which include options that taste like whipped cream, cake or berries -- failed to draw in new drinkers and instead are cannibalizing the traditional vodka market. Now, after years of explosive growth, sales are starting to flatten.

“All of these flavored products try to target the new drinker -- between 21 and 30 -- and especially women,” Fred Minnick, author of the book Whiskey Women: The Untold Story of How Women Saved Bourbon, Scotch, and Irish Whiskey, told HuffPost. “But today’s woman doesn’t have the same parameters set on them as with their mothers and grandmothers -- they drink what they want.”

Whiskey has a traditionally masculine identity rooted in the temperance movement that ushered in the 13-year era of alcohol prohibition nearly a century ago. Even after the booze ban was lifted in 1933, distilleries were fearful of targeting women because pamphlets from anti-alcohol campaigners had associated whiskey-drinking women with prostitution, Minnick said. Some states passed laws making it illegal to feature women in liquor advertisements. It wasn't until 1987 that the Distilled Spirits Council of the United Stated lifted a ban on advertising directly to women. 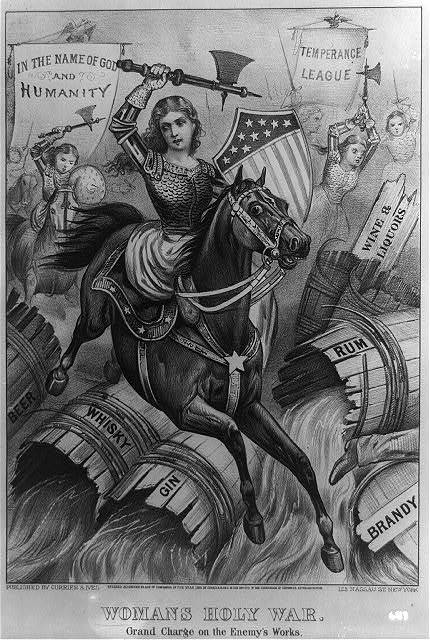 A lithograph from the late 1800s depicts women in the temperance movement crusading to ban alcohol. (Image credit: Library of Congress)

But the gender bias remains a part of pop culture. Certain drinks, such as the fruity, vodka-based cosmopolitan cocktail, are perceived to be "girl drinks," a term which Slate columnist Troy Patterson explains as being meant for “persons eager to know the fun of catching a buzz while staying ignorant of the bliss of tasting liquor.” A scene from the recent Seth Rogen comedy “The Interview” depicts North Korean dictator Kim Jong Un feeling self-conscious that his love of margaritas is “too feminine.”

“Women are tired of this coded language used about drinks that’s limited their personal expression and what they can enjoy,” said O’Dea, the Whiskey Women club member. “There’s an idea that women can’t handle the burn or don’t like the flavor of anything that doesn’t taste like a 5-year-old mixed it.”

Those attitudes are changing. O'Dea points to Olivia Pope, the leading character on ABC’s hit drama "Scandal,” as a sign of the shift. Pope, a strong female protagonist, is also an opinionated wine connoisseur, a trait that O'Dea says may empower other women to take more pride in their poison.

“Real-life women are consciously realizing that the beverages you enjoy have a lot to say about who you are as a woman,” O'Dea said. “Women are shying away from drinks that infantilize them.” 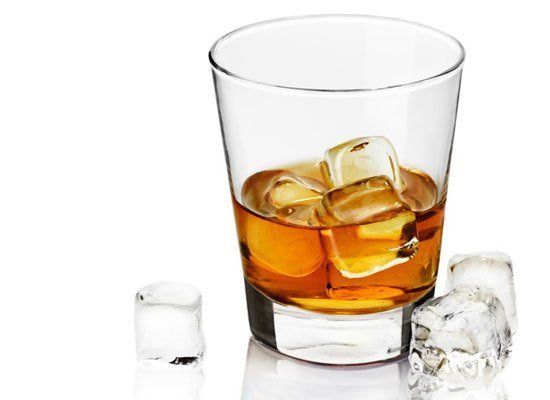 1 / 5
1. Bad Ice
This isn’t something we typically have to worry about at a fancy cocktail bar with high-tech ice machines or hand-carved cubes. But there’s nothing worse than ordering a bourbon on the rocks and having it come out filled with tiny pebbles that will melt in a grand total of five minutes. It leaves you with a watered-down, tasteless drink—and no one wants that. Plus, who knows when that ice maker was last cleaned? When we’re out at our favorite dives, we always go neat.<br><br><b>More from Liquor.com: <a href="http://liquor.com/slideshows/9-mind-blowing-liquor-myths-debunked/?utm_source=huffpo&utm_med=lnk&utm_campaign=whskprblms/#1">9 Mind-Blowing Liquor Myths Debunked</a></b>