The remains of yet another plane flown during World War II have been uncovered in Italy.

According to Discovery News, a group of amateur researchers recently rediscovered large parts of an aircraft, dubbed "Whispering Death," that had been dug up previously by archaeologists in the small town of Gusano di Gropparello in northern Italy. According to Cristiano Maggi, one the research team members, such remains are a rare find.

"Usually we find only small pieces of war planes," Maggi told Discovery, explaining that "the wreckages were often recycled by the population to make tools."

Though the remains were unearthed years ago, the WWII plane is only recently making headlines, as researchers seek to get in touch with the family of the British pilot who manned the craft.

According to historical records, the so-called Whispering Death plane is believed to have crashed on Sept. 6, 1944, The Northampton Chronicle and Echo reports. Flight Sergeant John Horsford and Warrant Officer John Watson, members of the Royal Air Force's 272 Squadron, perished in the crash.

The Whispering Death planes, named for their speed and ability to quickly strike, were part of the Bristol Beaufighters, a line of long-range fighter planes produced by the Bristol Aeroplane Company. These fighter planes were primarily used by British military forces, but were also flown by pilots in the U.S. Army Air Forces, since an American nighttime fighter plane had yet to be produced.

The plane is one of several WWII artifacts unearthed in recent years. In November, a man in Surrey -- a southeastern county in the U.K. -- was sweeping out an unused fireplace in his home when he came across the skeleton of a carrier pigeon with a coded message still attached to its leg.

Click over to The Northampton Chronicle and Echo to see photos of Whispering Death's remains.

Clarification: Whispering Death is the nickname for a group of aircraft, not a single plane. 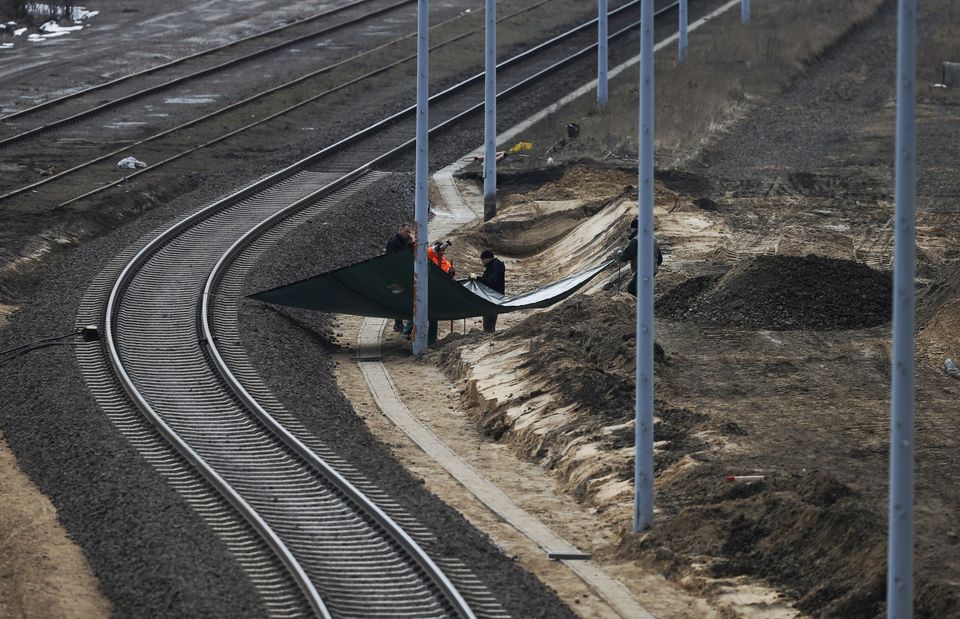 1 / 8
Specialists cover the place where a World War II bomb has been found at a construction side in Berlin on Wednesday, April 3, 2013. Police spokesman Thomas Neuendorf said the 220-pound (100-kilogram) bomb was found during construction work on Tuesday evening. (AP Photo/Markus Schreiber)
AP