Have you ever played the whisper game? First you make a circle or a line with a dozen or more people. The first player whispers a sentence into the ear of the player to his left. Each player successively whispers what he or she believes they heard into the ear of the next player. The last player announces the statement to the entire group. Almost every time, what is finally announced is full of errors, which accumulated in each whispered retelling. The final statement announced differs significantly, and often comically, from the one spoken by the first. This party game is often invoked as a symbol for cumulative error, especially the inaccuracies of how rumors or gossip spread. The game also magnifies the fallibility of human recollection. It shows how easily information can become corrupted by indirect communication.

In 2010, we saw the excellent retelling of what director David Fincher and screenwriter Aaron Sorkin believed to be the creation of Mark Zuckerberg's social network. It is an excellent film with amazing performances. While the film could have been interesting if Sorkin and Fincher had simply tried to recreate what they believed to be the facts -- and I say "facts" loosely -- the film might have been an appealing biopic. The genius of the film is that it uses metaphor, like the Greek epics, and tells a story of betrayal on a biblical scale. By employing a dramatic storytelling structure, the movie offers the audience an intelligent and emotional lesson about life that is almost impossible to do simply with facts. Yes, films and books often neatly tie up the loose ends and wrap up the lives of the characters in their stories. That's why we enjoy them. There is resolution. Day-to-day life is too full of unfinished business and facts are confusing, or as Ronald Reagan said, "Facts are stupid things." He actually got his facts wrong, as he was trying to quote John Adams, who said, "Facts are stubborn things." Indeed they are. Especially when they are based on opinion. Today, people are more interested in what others think than what they actually know. We are living, or existing, in a world where we communicate more with our fingers than with our voices; facts dispersed on the world wide web are even more stupid, stubborn, and potentially dangerous. 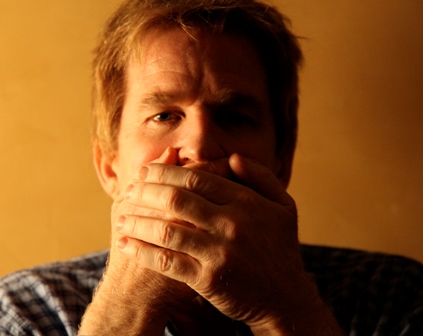 Facebook was created around 2004, Wikipedia around 2001, but it really took off in 2004. WikiLeaks' domain name was registered in October 2006. Julian Assange has described himself as the "heart and soul of this organisation, its founder, philosopher, spokesperson, original coder, organiser, financer, and all the rest." Zuckerberg might feel the same way about his Facebook domain and maybe he and Assange really are all that. And maybe Assange's primary goal really is "to expose oppressive regimes." But what if the information he is acquiring is in fact being deliberately given, or leaked, to him by the people he imagines he is exposing? What if what Assange thinks he's exposing is, in fact, information the oppressive regime has carefully planned and selected to be "leaked"?

Reliable and established newspaper and magazine editors require substantiation for stories before they go to print. There must be sources, and the sources must be vetted to ensure they are reliable and trustworthy. For those people accused of crimes, we have a justice system that provides due process, which guarantees a defendant the fundamental right to be clearly informed of the nature and cause of the accusations or charges against him.

And here lies the problem with the internet: there is no due process. WikiLeaks, Facebook and most of the information on the net, are full of personal opinion, not substantiated fact. When someone types/screams out from their personal computer and sends it out onto the www there is no correcting or retracting the message or blog once it is SENT. It is unleashed and spreads like a fire in a field of dry grass on a warm, windy day; the message races around the globe at the speed of whichever internet connection you can afford. And like the whisper game, the message changes from one internet site to the next. Exaggerated. Colored. Misquoted. Rewritten. Once released, there is no rational questioning of the posted opinion. The opinion becomes a quasi-truth.

Darwin imagined the deliberate evolution of species and organisms that make sense in their respective habitats. Is the evolution of human thought so different? The www whisper game alters Darwinian evolution because of the speed at which a whisper is able to travel. Within a sentence, a few misheard and then altered words can reshape the sentence and its true or intended meaning. The efficacy of the sentence becomes misjudged, creating potential desperation, panic or even anger in everyone that "clicks" on the website.

The "sources" on these sites are faceless -- colorful web pages that seem only to exist within satellites and fiber-optic cables. Web pages that have the dangerous potential to terrorize truth and choke it to death with rumor. The internet has the guise of TRUTH. We look to it now as our first source for information: "Google it." The internet has the face and assured voice of absolute authority when at many times it is no more than the big, angry face of the all-powerful Oz, who was in reality an old man projecting his face and manipulating his voice behind a curtain. 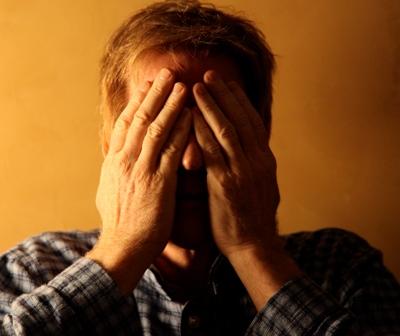 It's good that individuals speak truth to power. It is fantastic that the Internet is so democratic, egalitarian and autonomous. It's great when corruption is exposed. It's great when the average Joe beats and takes down a giant. That is the kind of story that gives people a sense of hope and possibility. WikiLeaks and Facebook were both created by seemingly normal guys who saw the Internet as an opportunity to spread and share information, to tackle giants.

To me, Assange and Zuckerberg are the same type, and their sites are kind of the same thing: a whisper game. What if WikiLeaks was around during Reagan's presidency and heard him say this, "My fellow Americans. I'm pleased to tell you today that I've signed legislation that will outlaw Russia forever. We begin bombing in five minutes."? Reagan was only making a joke before his Saturday radio broadcast. In this brave new Internet world, a sentence like that, Twittered, then "leaked" and sent out on the www might be a loud and dangerous shot heard round the world.

Freedom of speech is an enormous freedom. Ask anyone that lives in, or comes from, a country where it doesn't exist. The challenge of the Internet is accountability and responsibility. How to enforce truth and avoid cumulative error, inaccuracies, rumors and gossip in a virtual forum where the lack of restrictions to write and post one's opinion is a freedom we treasure.

Matthew Modine is the founder of Card Carrying Liberal