People tend to become defensive just before a debt crisis explodes. Those with the most to lose want to postpone the inevitable. Student debt is nearing this critical stage. Despite the claims of colleges and the government, there is plenty to worry about.

Our higher education system is financially dependent on student loans. Examine the table below, which compares student loan tuition payments at various Massachusetts schools. None of these institutions could survive without the money that flows from loans. Private, not-for-profit colleges and universities receive upwards of 40 percent of their tuition revenues when the government wires cash into their accounts -- money students must repay. Even worse, public colleges are dependent on government loan payments for more than half of their tuition and fees. 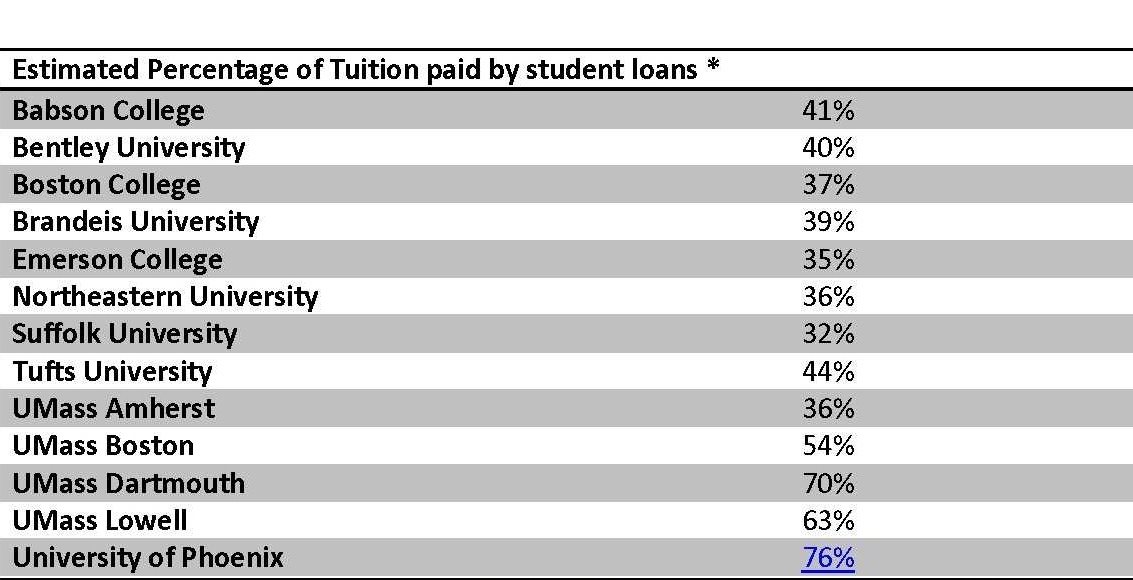 Why is loan dependency a bad thing? Because it threatens institutional independence. When money from the government keeps the doors open, colleges dance the government's jig. The government already has so much leverage over schools, it can easily demand financial changes or even impact academic freedom. It is well-known that the government wants tuitions to decrease. To date, it has not linked tuition prices to continued loan access. But it certainly could.

What would a student loan crisis look like? Here is one scenario: first, a significant majority of students stop repaying their loans. This happens at a time when the government itself is already in debt, borrowing the money it lends to students. After public hearings revealing the dimensions of the crisis, Congress places a strict cap on new loan issuance. Without government support, colleges are forced to cut tuition, lay-off workers and admit smaller classes. Some colleges fail and many low-income students find it impossible to finance higher education.

Are we anywhere near this crisis point? Unfortunately, yes. Only 39 percent of 37 million borrowers are currently making their student loan payments on time. (See chart below.) Nine percent are in default. Twenty-one percent are in distress, failing to make payments while accruing interest. Another 17 percent are more than 90 days past due. And 14 percent have entered programs to delay payment, such as the armed forces or civilian programs, like AmeriCorps -- jobs that pay far too little to enable repayment, only exacerbating the problem. 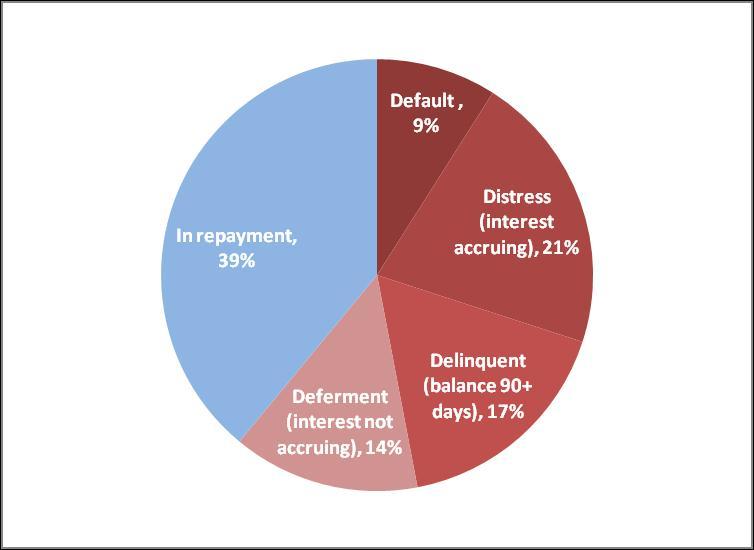 As in all debt crises, time is an enemy. Debts accelerate at alarming speeds. As a result, corrective action becomes more and more punitive. Ask a Greek, or a family from Nevada with a foreclosed home. For them, help came too late. Addressing the pain early will diminish the blow. We must do something now to protect higher education, or our colleges and low-income students will face dire consequences.