Whit Stillman was selling Spanish films to U.S. television before he wrote "Metropolitan," the 1990 comedy of manners that became a runaway hit. He faced an uphill battle to find financial support for the film, which revolves around a Princeton student who dubiously gets caught up in a snobby Manhattan debutante circle while home from college during his first winter break. But Stillman's acclaim was instant. The movie premiered to raves at the Sundance Film Festival, earned an Oscar nomination for Best Original Screenplay and cemented the director's stature.

With notes of inspiration from the likes of Jane Austen and Woody Allen, "Metropolitan" became a bastion of the indie-film movement that bubbled up in the early 1990s. Even though Stillman has only made a few projects since ("Barcelona," "The Last Days of Disco," the Amazon pilot "The Cosmopolitans"), he is often listed among the modern greats. Twenty-five years later, Rialto Pictures is re-releasing the film in theaters. In conjunction, The Huffington Post asked Stillman to reflect on its legacy.

Did "Metropolitan" start as the story about a tight-knit inner circle or a story about the outsider who infiltrates it?

It started as a story of the circle. The idea was, what film could be essentially shot in a room and still be worth watching?

How did you land on this particular group of people?

It was helped by the fact that I myself fell into a similar sort of group. I was coming from further west enough -- from the West side, from Madison Avenue, and they were on Park Avenue. It seemed big at the time. A lot of the dynamics are things I was familiar with.

How intentional were you about making this a satirical look at people who sort of have it all?

Well, I don’t think they do. I don’t think that’s their perspective, and our point of view in the film is not satirical. So people can bring that point of view to the film -- it allows that, but it wasn’t my point of view. I like things that are sort of comic and humorous rather than satirical. I do think there are a lot of things about people from this background that are problematic, and they talk about that and are sort of aware of it. It’s different paths people have where they have a little too much money to take the chance to succeed in a normal way. The Taylor Nichols character, Charlie Black, talks about all these things, and then the temptation of someone to get hitched to someone very wealthy is a point we worked through, which is very often problematic. I think there are a lot of real problems people from that sort of background can face, but as the older character in the bar says, there are other individual people who fall in that trap and some get beyond it.

As you were writing, how did Tom develop? When we meet him, we assume his way of thinking will make him the hero, so to speak, until he says, "You don't have to read a book to have an opinion on it." It shatters a lot of what you think he's going to stand for in relation to this group of people he meets.

You’re absolutely right and that’s a really good point. It started out with the idea that he was a more conventional hero, and then I saw this situation he was in, where there’s this certain girl he was ignoring who liked him, and he was obsessed with the cliché attractive girl who maybe wasn’t as interesting as the next girl. So his situation wasn’t very admirable or sympathetic, particularly. I started thinking maybe it should be a film about Audrey [Rouget, played by Carolyn Farina]. And then the two other male characters become pretty important -- the Charlie Black character, who has all the sociological queries, and then the Nick Smith [Chris Eigeman] dynamic became really big, too. So I couldn’t really turn it into Audrey’s film, but I consciously tried to make it about her and her situation. The first two shots are really about her, and then we get into Tom Townsend [Edward Clements]. A lot of that is making fun of myself in that period and in the present because there are a lot of authors I tend to prefer reading about critically than actually reading their work. I love a good essay on how great Dickens’ characters are, but I probably enjoy reading that essay more than I do reading David Copperfield. It’s sort of making fun of myself, but it’s pretty gentle stuff.

Is Tom a direct analogue of you?

I guess he’s sort of what I felt I was going through then. It’s a version of it.

The title card says "not so long ago," but it's clear that "urban haute bourgeoise" culture transitions into hippie culture as the movie progresses. What was it that you pinpointed about why these kids felt so uneasy with that changing social climate? They live a life of luxury, so it can appear they have nothing to fret over.

I was sort of familiar with that transitional period. I first saw my sister, who is a little more than three years older -- I saw some of her social life and how the world was in her day. This is pre-Woodstock. I think it’s the dynamic of rejection of your family environment. That’s a big dynamic, so I think that by having it so marginalized, it became an affirmative thing where people were affirming they liked something. They couldn’t pretend they were doing it because their parents wanted them to do it, because their parents wouldn’t care very much. The Tom Townsends can’t keep that act up of being at the parties but against them. There were a lot of people doing that act.

This movie was made with such limited resources, right as independent film was booming in the late '80s and early '90s. Given there are no big-name stars attached, how difficult was getting it made?

It came at a very good period in the ‘80s. It seemed people were eager to make films for limited releases. I knew enough about big business to know that no one would be interested in my movie before it was made, and they weren’t very interested after it was made, either. I just wanted to get the funds to get the movie seen.

Did you take meetings with studios first?

Yeah, we were rejected by absolutely everything. We did the thing of showing it to people on our own, not in an audience setting. Some would screen it in a feature market and like it, but then they’d take it back to show to their bosses and all the results were negative. As far as financing the film, since I knew that no one would back it commercially, I knew it had to be friend money or family money. I knew from selling Spanish films that they had been able to make films for $50,000. So I started writing the “Metropolitan” script precisely with the idea that I could film it for $50,000. I got it by selling my apartment. So I ended up without an apartment, which I still don’t have, but I was able to start the shoot. We were able to cobble together enough money to get it to the Sundance Lab, but we didn’t have enough money to get out of the lab. The money guy from the film labs was very, very tough and we were really fortunate that he happened to be either on vacation or sick, and we needed to get the print out to show it to Sundance. We raised $210,000 to invest in the film, and that was the total amount we had. We didn’t get U.S. theatrical distribution until we screened it for the press at the New Directors series at MoMA, which is a very high-risk strategy. Another film that screened there got a bad reaction from the Times and was never distributed.

Was this a hard script to show off to people because the dialogue is so talky and idiosyncratic?

I didn’t even show the script to investor types because I knew it was a lost cause. In fact, even nonprofit places like the Tisch School, I didn’t want to use. The woman there wouldn’t help us because she said I didn’t format the margins of the dialogue in the right way. She said we weren’t professional and we weren’t serious and she wouldn’t tell the acting students about our film because of that. People were pretty superficial, but I guess we weren’t very professional. It was only after the film was completed that we got people in to see it who were interested. There were people who were nice about it, but no one was offering money for the film until it screened for the New York critics.

Were you concerned people might not understand the script? The dialogue is what makes the movie, but I can see where it would be hard to conceptualize without the camera bringing it to life.

It’s funny you say that. I love what John Thomas did with the cinematography and the look we have. But it actually did read pretty well to normal people. To people outside the business, it was a good read because there’s just tons of dialogue. It’s actually, I think, a good script as a document to get people interested and enthusiastic, except if they were film types or screenwriter types and they had all the rules. All these insider types were scathingly negative about the script because we had one five-page monologue. But that five-page monologue was ultimately one of the best scenes in the film -- it was Chris Eigeman as Nick Smith talking about Polly Perkins.

"Metropolitan" might be more at home if it were released today, when stories about struggling with growing up are routine. Judd Apatow and Noah Baumbach have made a lot of movies about that, for example. What do you think is today's "Metropolitan"?

Gosh, I don’t know. Boy, you really stumped me there. I really like the short stories that Melissa Bank writes. I think she’s sort of channeling the female version of J.D. Salinger in more recent days. But in film, there are a lot of things I like. I really like the indie films that are being made now. The comedies seem very close to what was happening in the ‘80s, and I think it’s a very good moment for indie film in that small-comedy dimension. But I couldn’t say what the great “Metropolitan” analogue today would be. 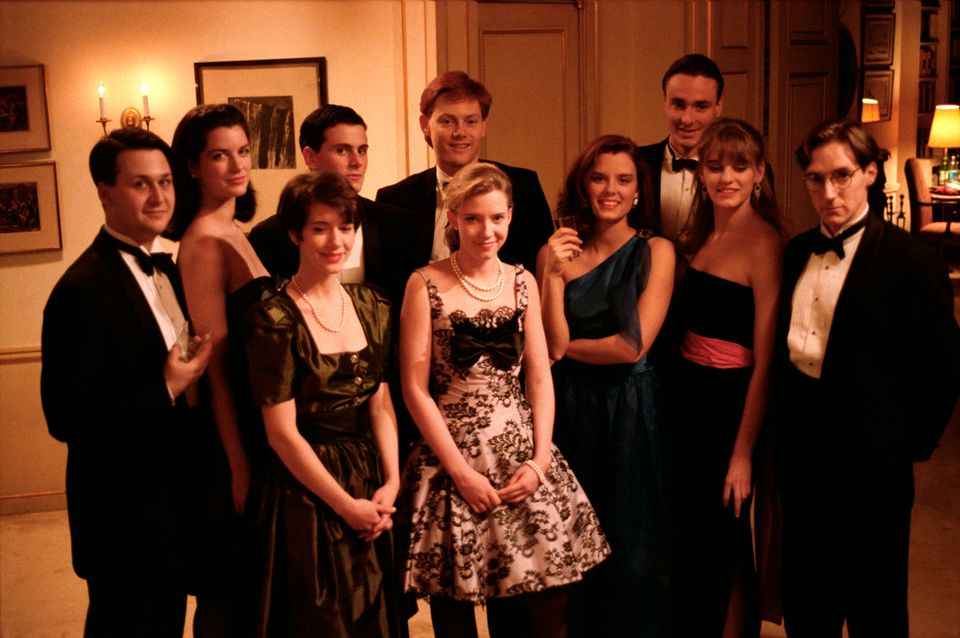