WASHINGTON -- The annual dinner of the White House Correspondents Association is a time-honored Beltway tradition intended to celebrate the best of political journalism. Over the past decade, however, the once clubby Saturday night dinner has morphed into a modern media circus, with celebrities flooding in from Los Angeles and New York for a weekend of alcohol-fueled revelry, capped off by a stand-up routine from none other than the president of the United States.

Despite appearances, the collision of "serious" people and seriously famous people is often awkward for both parties. Actors say they feel intimidated by all the "big brains" in the room. Journalists and political folks? Well, they're not movie stars, let's leave it at that. Nevertheless, the dinner grows every year -- more than 3,000 are expected on Saturday night at the Washington Hilton. So, too, does the litany of parties surrounding it.

If you're lucky enough to be invited to some of these lavish shindigs, below you'll find what you need to know, plus a few tips we've learned along the way. If, like everyone else, you're watching from the bleachers, here are a few things you won't see in the shiny society stories.

Four dueling cocktail parties all within a block of the White House, each with its own vibe. No actual dinners, so we recommend you eat all the gourmet cupcakes/sushi/tiny glasses of soup you can find, or else you'll be too belligerent for the big Funny-or-Die late night par-tay.

Note: We're going to use the familiar names for these parties and dispense with the long lists of hosts and potential celebs. If you're looking for the full monty, check out Politico's roundup.

Cocktail Party #1: People and Time magazine
Snarls Up Traffic At: The St. Regis Hotel
Vibe: If you love People Magazine and the talented performers who grace its pages, you'll love this party.

Cocktail Party #2: The New Yorker
Causes A Line At The Rooftop Elevator Of: The W Hotel
You'll See: Lots of self-important important writers, but on the flip side, a bunch of real live White House officials.

Cocktail Party #3: Diversity in Media
Guests Will Shiver: On the rooftop of the Hay Adams Hotel
Unique Because: It's the only Friday event that's not sponsored by a glossy mag, and it's our bet for the least fussy, best all-around time.

Cocktail Party #4: Google and The Hollywood Reporter
That Huge, Cavernous Room At: The W Hotel
Maiden Voyage: This party's a newcomer this year to an already-crowded field. But hell, it's Google, so gobbling up market share isn't likely to be a problem.

Late-Night Throw-Down: The Funny or Die Party
Everyone Meets Up: After 10pm at the old Borders on 18th and L
DJ Playing -- The "Untz-Untz" Factor: High. The room's dark, the DJ is booming and Los Angeles people (stars included) are tucked into all the dark corners.

The key to Saturday is pacing, because it's basically 15 straight hours of boozing, from brunch at 11 a.m. to last call at the after-parties, around 2 a.m. If you stick to one stiff drink per hour, you should be fine.

Tammy Haddad's Brunch: It's not at Tammy's house anymore, and it's got lots of other co-hosts now, but this staple of the weekend is your best shot at actually having conversations with celebs, if you're into that sort of thing.
Show Up: At the huge house at the intersection of Defeated Senator Street and Lobbyist Lane, NW 30th Street and R Street after 11 a.m. and before 12:30 p.m.; stay til they start breaking down the buffet and giving you dirty looks.

The Pre-Parties: The Hinckley Hilton is a well-dressed stampede. There's only one tiny escalator and metal detectors and one driveway. Have the cab let you out a few blocks away on the dot at 6 p.m. You won't regret it.
Mingle: Awkwardly in the ante-rooms outside the ballroom, and avoid the red carpet at all costs, lest you encounter non-dinner-going hotel guests going berserk over the stars from vampire shows.

Le Diner: Save for POTUS' stand-up routine, the main event is actually kind of a downer. As a rule, the super-famous comedian emcee never quite reads the crowd right, and no one gets to sit with who they want to (@ariannahuff notwithstanding...ahem). Thankfully, presidents have really good writers.
Don't Drink: The wine. It's rotgut. Instead, bring a hefty cocktail in with you from the pre-party and nurse that baby for a whole hour.

Afterparty #1: MSNBC
Get Stuck In Traffic Outside: The swanky Embassy of Italy
What's Fun To See: Dems letting their hair down, because -- who are we kidding? -- it's their party. Inexplicably, Newt Gingrich rarely misses this one, but he always sticks out like some exotic animal in one of the zoos he's so fond of.

Afterparty #2: Bloomberg Vanity Fair
For Heaven's Sake, Don't Drive To: The French Ambassador's Residence, a block from the Hilton.
Pretend You're Not Psyched To Be: At the most exclusive party of the whole weekend. Also, pretend you don't see those ridiculously famous actors making out in the garden.

Afterparty #3: Capitol File
Avoid The Hoopla Of The Other Two Parties At: The Newseum
This Is A Major Party: For a little magazine that's up against VF and MSNBC. CapFile is owned by playboy Jason Binn, the same guy who owns Hamptons and Gotham, so the party's like a society rag come to life, Daahling.

Only hardcore partygoers need apply for Sunday festivities. There are two brunches, and while a lot of people say on Saturday night that they're going to be at one of them, only the truly committed and battle-weary actually make it.

Brunch #1: The Mclaughlin Brunch
Rub Elbows With Old-School DC Journos at: The Hay Adams, between 10:30 a.m. and 3 p.m.
Brush Up On: 1) Your manners, because John McLaughlin's an elegant host, despite what you've seen on TV, and 2) Your Nixon and Reagan Administration Cabinets, because those dudes will all be there.

Brunch #2: The Albritton Brunch
Behold The Politico Empire At: Publisher Robert Albritton's mansion overlooking the Potomac.
Give Props To: This ambitious little upstart brunch, which quickly eclipsed the McLaughlins' brunch thanks to its frenetic energy, shameless self-promotion and currying of administration VIPs.

SLIDESHOW: A few of the sparkly, wildly attractive celebrities descending on Washington in the next 48 hours. 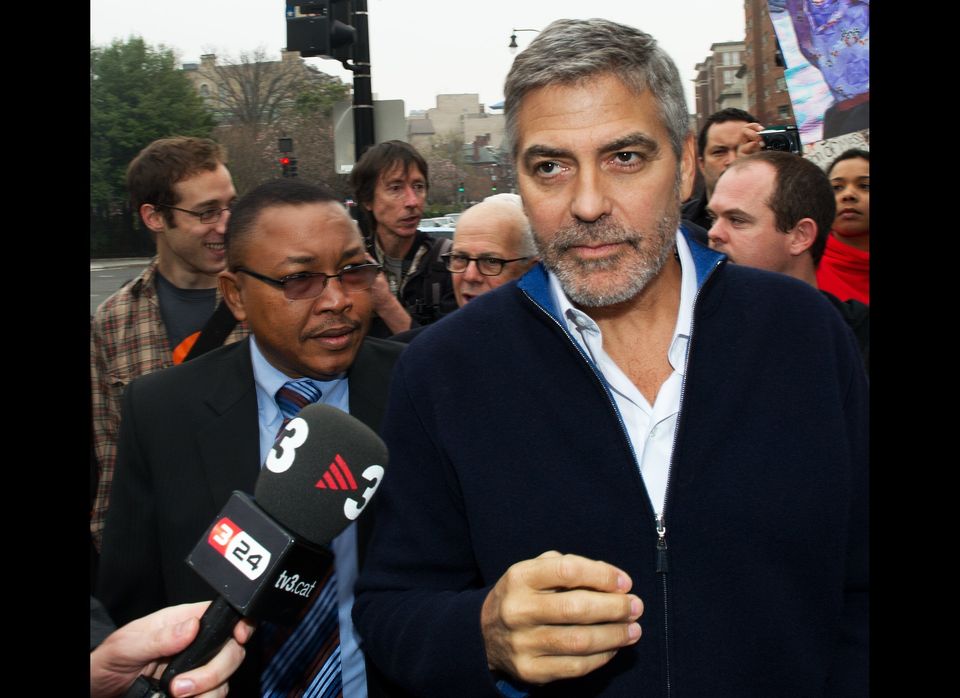