We love the White House and we love Hollywood. So you can imagine we adore the White House Correspondents' Dinner, where politicos, media power players and L.A.'s brightest stars come together in completely imperfect, bizarre (dis)harmony... in awesome fancy dresses.

Where else can you see Kim Kardashian and Lindsay Lohan rubbing shoulders with Rick Santorum? See Michelle Obama go head-to-head in a fashion battle against Martha Stewart... and Kate Upton? See Jimmy Kimmel make cracks about the president... with the president sitting right in front of him?

Then again, it was President Obama making the best jokes of the night. Looking at ease at the podium, he acknowledged his newly-cool, meme-tastic peer Hillary Clinton ("She won't stop drunk texting me from Cartegena!") as well as Miss Kardashian ("Why is she famous anyway?") He also poked fun at his graying image, dedicated a full video segment to Bo Obama (!) and made more than a few digs at Congress, Mitt Romney, Newt Gingrich and even Donald Trump.

And, of course, he acknowledged his gorgeous wife. "In my first term, I sang Al Greene," said the president. "In my second term, I'm going with Young Jeezy." Cue the laughs. "Michelle said, 'Yeah...' I sing that to her sometimes."

We swoon. Below, see POTUS, FLOTUS, and all the glamorous stars -- Reese, Charlize, Diane, Kim, Claire, and Alicia among them -- who came out for Washington D.C.'s "prom." Who had your favorite look? 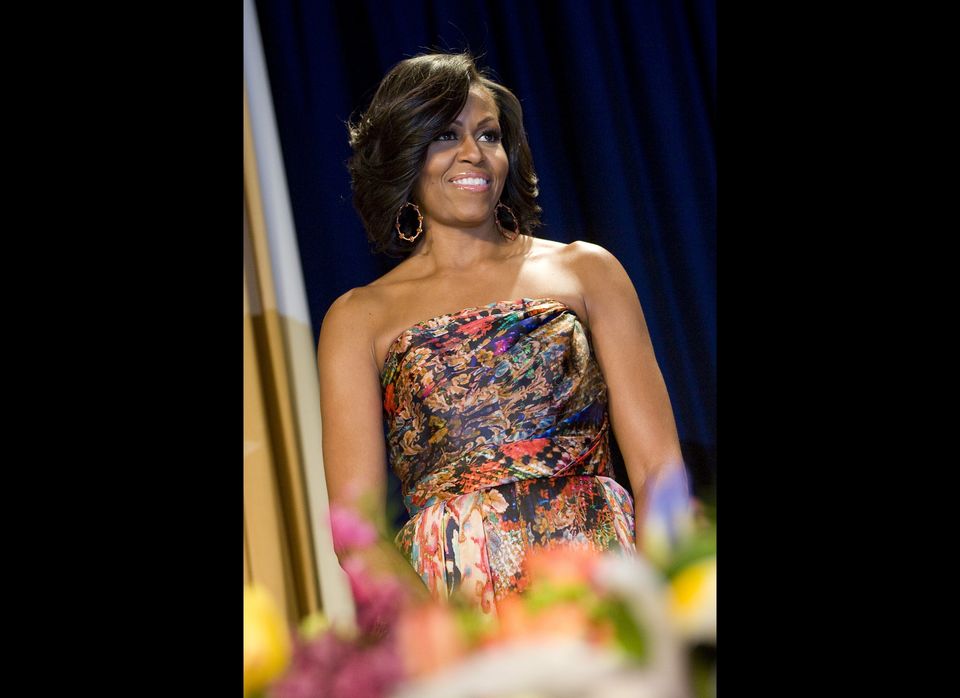