It happens like clockwork: journalists and celebrities gather in Washington for the White House Correspondents' Dinner, they go to party after party, they have lavish brunches, they slap each other's backs and laugh at jokes — and they all spend a lot of time talking about how much they shouldn't be doing any of it and maybe they're letting journalism and their country down.

In recent years, a veritable cottage industry has built up around this whiplash of emotions. Call it the "White House Correspondents' Dinner Self-Flagellation Tour."

Every year, someone remembers the old days of the dinner, before all the celebs started showing up, and someone else wonders what The American People will think of it all (they're probably not paying much attention, but it's a reasonable point), and a third person points out that the New York Times doesn't go to the dinner anymore because editors there think it has all become too icky and cozy.

Oh, and someone will probably bring this up: 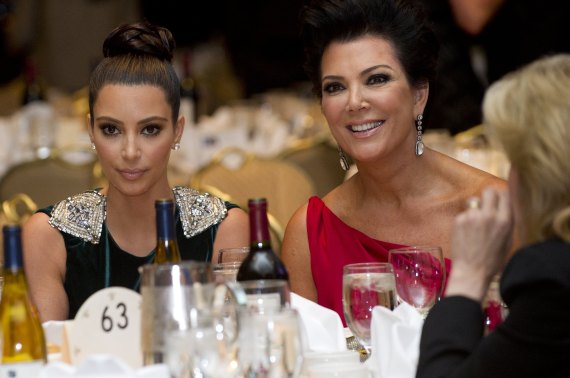 Right on cue, all of these things have happened again in 2014. Discussion of what the old days used to be like? Check. Condemnation of the decadence of it all? Check. Noting that the Times isn't going? Check.

The best "maybe we shouldn't be doing this" piece is probably the one the Washington Post ran on Wednesday. It reported that "some say this year’s festivities may finally reflect a collective chastening brought on by years of backlash," and also revealed that, instead of a celebrity-filled video, the White House Correspondents' Association has instead asked the History Channel for something more sober.

There's an added element to the self-loathing this year: "This Town" references. After the Times' Mark Leibovich wrote his bestseller about how gross Washington is, the book has become a byword for all the sycophancy and depravity in the nation's capital. Unsurprisingly, Leibovich has been mentioned all over the place, such as this Roll Call piece: "How Will Life After Leibovich Affect The WHCD?"

However much Washington and the media tells itself that it's doing something improper and shameful, though, there is little evidence that all that tut-tutting has much of an effect.

Leibovich himself appeared on Jake Tapper's CNN show on Friday to decry the WHCD, and to mock its (truly mockable) nickname, the "nerd prom," and Tapper agreed that the whole weekend "looks bad."

He then told viewers they could watch all of CNN's coverage of the dinner on Saturday evening — complete with a "red carpet preview."