"White House Down" is a flop, no matter how many fans of the film chastise the American public for not showing up. Roland Emmerich's latest feature was budgeted at a reported $150 million, but earned just $25.7 million at the box office this past weekend. That's a lower opening weekend tally than 2013 disasters like "After Earth," "Jack the Giant Slayer" and "The Hangover Part III"; that's lower than the R-rated, similarly themed "Olympus Has Fallen"; that's just $200,000 more than "Battleship."

"We couldn't be more proud or supportive of the film Roland, Channing and Jamie created. This weekend's launch is just the beginning," a Sony spokesperson said to THR. "While 'White House Down' opened in a few smaller countries this weekend, it will not begin to open in major overseas territories until mid-July and it will continue to roll out overseas well into the fall."

That optimism aside, "White House Down" faces a long road to profitability. What happened? Why did "White House Down" -- with its PG-13 rating, A-minus Cinemascore and Channing Tatum -- crash and burn at the box office on opening weekend? Ahead, some speculation.

The audience already saw this movie.
"Olympus Has Fallen" literally came out three months ago. "It was a problem," Emmerich said in an interview with HuffPost Entertainment before "White House Down" was released. "It seriously hurt our movie because a lot of people will say, 'Why should I see two of those movies?' Even though I think they're probably very different from each other."

Half the audience was alienated.
Jamie Foxx channeled Barack Obama for his role as the president in "White House Down," but that might have been a mistake. The country is bitterly divided on the president, after all, and "White House Down" is a movie where the stand-in for Obama is the good guy and his opponents -- old, white and conservative men -- are the villains. Sorry, all 60 million people who voted for Mitt Romney! Maybe go see "The Heat" instead. Oh, right: "The Heat."

There were just better options.
"White House Down" competed against "The Heat," a.k.a. the first movie of the summer with women in the lead roles, the second weekends of four-quadrant hits "Monsters University" and "World War Z," and the third weekend of "Man of Steel." The big competition for "Olympus Has Fallen"? "The Croods" (a decent-sized animated hit with minimal crossover appeal) and "Admission" (the Tina Fey-Paul Rudd comedy-drama that most audiences likely forgot existed).

Sandra Bullock is a real-life movie star.
Lost in all the huzzahs tossed at "The Heat" star Melissa McCarthy and director Paul Feig is that Sandra Bullock is an actual movie star. She hasn't had a wide-release opening on more than 2,000 theaters gross less than $10 million since 2002. Three of her last four wide release openings topped $30 million. Channing Tatum is Hollywood's next great movie star, but despite eight features to his name since the start of 2012 (counting cameos), he's still not Sandy. At least not yet.

PHOTO GALLERY
'White House Down'
Download
Calling all HuffPost superfans!
Sign up for membership to become a founding member and help shape HuffPost's next chapter
Join HuffPost
Voting Made Easy
Register to vote and apply for an absentee ballot today
Register now 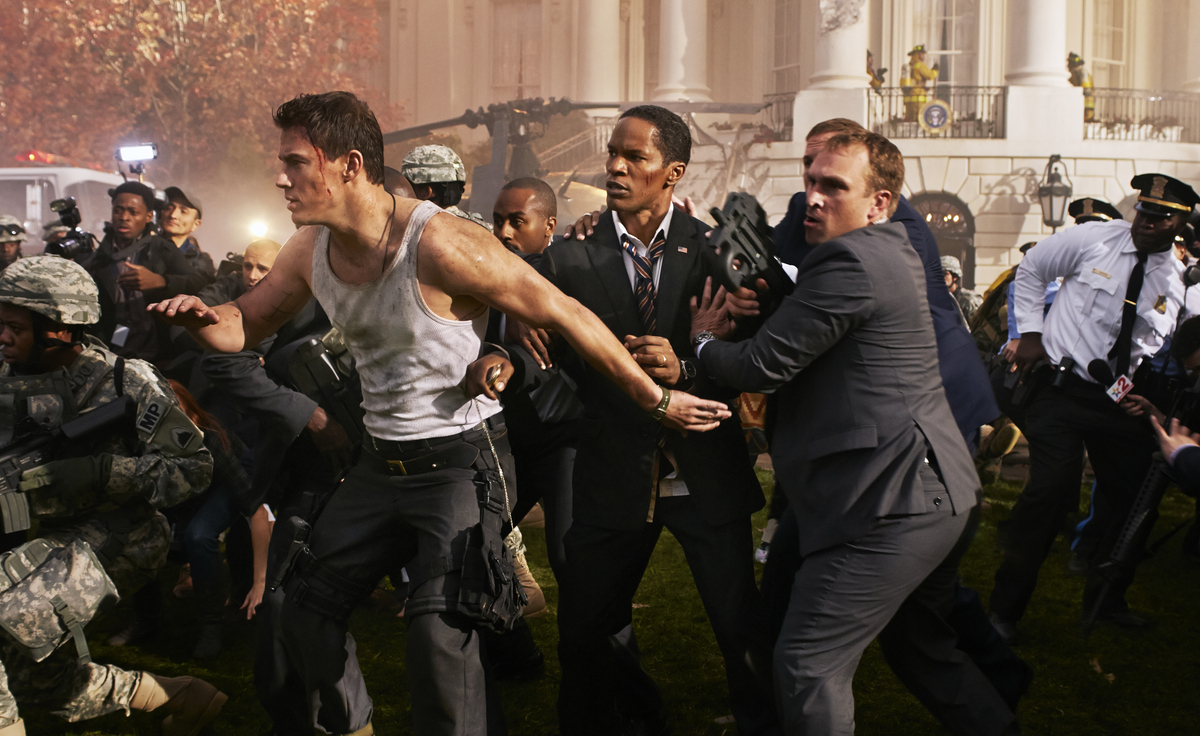