My sister emailed me her invitation to the White House to celebrate
LGBT Pride. I had to take a pause. Never in my or my children's
lifetime would I ever have imagined that a sitting president would
stand up and welcome her -- that he would see her.

I have issues with being seen...

As the third daughter of Punjabi Indian immigrants who landed in
Statesboro, Georgia -- a one-year-old with wavy green lines across my
baby-faced, curly-haired green card photo -- I figured as I grew, the
best had already happened because we reached the land of opportunity.
In a family of five daughters, it was easy to get lost in the sheer
volume of siblings, and the intensity of my parents establishing a new
life.

When I learned that my younger sister was gay, I was terrified,
confused, angry and worried. As the years progressed and I realized
that this was not a passing phase, and more of a growing into who she
was meant to be, part of her identity, I felt protective. As her big
sister, I worried for her future and feared for her career. I know
her heart and her strength. Living in the closet was never an option
for her. It felt to me like a death sentence for her dreams. How was
such a brilliant and talented woman going to navigate a country and a
world that might not give her the dignity, respect and inclusion she
deserved? She has never let anything stop her from living her life
with integrity.

When she and her Southern Belle sweetheart decided to commit the rest
of their lives to each other with a three-day traditional Indian
wedding, my parents, sisters and I decided to "come out" to our
communities and the extended family in India. My mom called her
60-something younger sister in Gurdaspur and wrote a letter to her
80-plus older brother in New Delhi explaining that love was love
and that her daughter was marrying a girl. We held our breath and
waited for the worst. Instead, my mom's sister showed up bearing
gifts welcoming the newest Arkansan members of our family. My aunt
danced the night away and joyously took first prize at a very
competitive game of musical chairs after the rehearsal dinner.

In my lifetime, my sister has been recognized. She is seen.
President Obama celebrated Pride at the White House and she was there.
Words can't express my pride in our president and our country's
courage. Nobody should be invisible to their own government.

A long time ago, on a sweltering southern evening, we sisters played
on our smooth concrete driveway. We weren't busy judging whom we
would marry; we were laughing and counting nickels for the ice cream
man. The world was spinning and we were home. As my sister and her
spouse -- and many other LGBT couples were welcomed to the White
House, the world was still spinning and they finally got to go home. 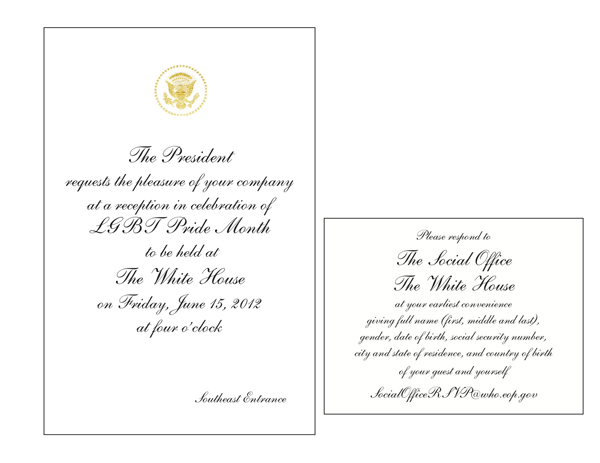