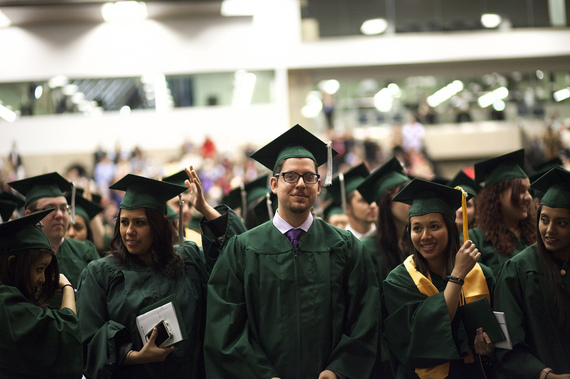 If you need a lower student loan payment but don't know how to get it, answering five simple "yes" or "no" questions could now bring you closer to a plan.

On Wednesday, the White House unveiled a new tool that shows which repayment options apply to you and how to sign up for them. It works on mobile, so you can use it anywhere; it asks you just five questions about your loans, so you can get help fast.

Here's how it works, plus a few other student loan initiatives to keep an eye on.

How to use the repayment tool

The U.S. Digital Service, along with the U.S. Department of Education's Office of Federal Student Aid, developed the studentloans.gov/repay website primarily for borrowers who know they want to lower their payments but don't know how to get started.

"The challenge, we think, is that oftentimes folks aren't aware of their options or don't understand which option may work best for them," said John B. King Jr., secretary of education, in a press briefing.

The tool asks questions about the type of loans you have, what year you borrowed them and whether you've paid them on time, and offers suggestions for next steps to take. Depending on your goals, you'll get detailed instructions on how to sign up for income-driven repayment, certify for student loan forgiveness or consolidate your loans.

If you have private student loans, the tool sends you to the Consumer Financial Protection Bureau website, where you'll answer additional questions. You'll get advice on how to contact your private student loan servicer and what repayment options you may have, though private lenders are less flexible regarding repayment than the federal government.

Student loan servicers are required to help borrowers identify and enroll in repayment plans and forgiveness programs. But the CFPB found in September 2015 that borrowers' experiences with their servicers vary widely and that they don't always get the help they need.

In contrast, the new repayment tool gives all borrowers a single place to see their personalized options, which is especially useful for those who are having trouble paying their bills. In August 2015, the Government Accountability Office reported that 70% of borrowers in default were eligible for income-based repayment, an alternative that could have kept their loans in good standing.

The tool could lower the barrier to entry for income-driven repayment, helping the government meet its new goal to enroll 2 million more borrowers in income-driven plans in the next year.

Also on Wednesday, the CFPB released a prototype of its new Payback Playbook. It's a document that would show borrowers individualized repayment options on their monthly student loan statements, in emails from their loan servicers or on their servicers' websites.

For instance, say a borrower meets the requirements for the Pay As You Earn income-driven repayment plan, which would cap her monthly bill at 10 percent of her income. PAYE would appear on the Playbook as one of two alternatives to her current plan, should the borrower choose to switch. A borrower who has missed a payment would see a recommendation for PAYE on the Playbook to help get back on track.

The CFPB has asked borrowers to submit comments on how to improve the Payback Playbook prototype by June 12. The agency says it will work with the Department of Education to finalize it in the next several months.

Other initiatives in the works include: