A team of scientists from Russia is preparing for an expedition to track down a rare all-white killer whale that hasn't been seen since it was spotted 18 months ago.

"Iceberg," as the whale has been named, was first seen near the Commander Islands off the coast of Russia's Kamchatka Peninsula in the north Pacific in August 2010, according to Agence France-Presse.

The Far East Russia Orca Project (FEROP), the group that led the expedition, says that the whale may be albino, meaning that it lacks pigment in the skin.

"This is the first time we have ever seen an all-white, mature male orca," Erich Hoyt, a co-director of the Far East Russia Orca Project and a leader of the expedition, told AFP. "It is a breathtakingly beautiful animal."

According to the CBC, the group waited until now to release the photos and video "as they wanted to study [the whale] further."

Iceberg, who has a 2-meter (6.56-foot) white dorsal fin, was observed living in a pod with 12 other killer whales, according to press materials from FEROP.

AFP reports that two juvenile white orcas have also been spotted in the same area as Iceberg.

According to the Telegraph, albino animals can have a difficult time reaching adulthood because their lack of coloring can give them away to predators as well as potential prey.

"In many ways, Iceberg is a symbol of all that is pure, wild and extraordinarily exciting about what is out there in the ocean waiting to be discovered,” Hoyt said in a press release. “The challenge is to keep the ocean healthy so that such surprises are always possible.”

The International Union for Conservation of Nature and Natural Resources notes that after human beings, orcas, or Orcinus orca, "may be the second-most widely-ranging mammal species on the planet." And although orcas are not an endangered species, some geographic groups could be threatened due to human activities like whaling, fishing and pollution, according to the WWF.

According to FEROP, unprotected orca populations off the coast of Russia are endangered because they've been captured for aquariums in Japan and other nearby countries. 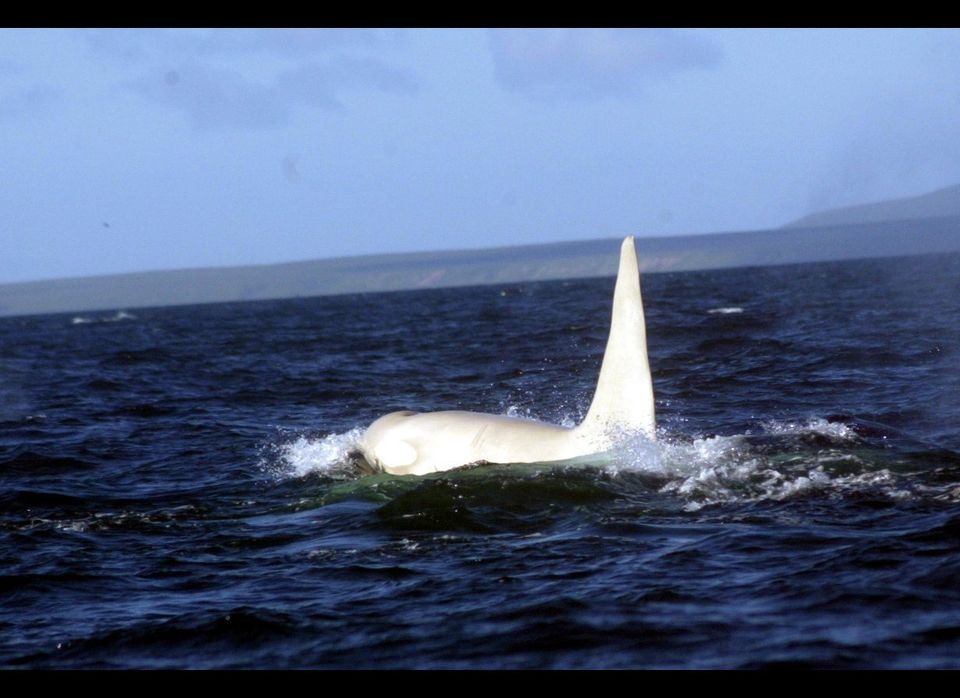