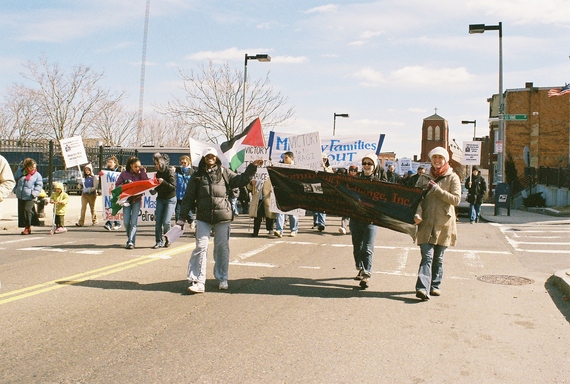 The debate continues about the extent of racism in the United States today. George Zimmerman again makes headlines this week, a previous unknown until he killed 17-year-old Trayvon Martin in a highly charged "stand your ground" case. "Post-racial" is rapidly going the way of "color blind" -- terms that neither accurately describe nor account for present-day reality. Disparities in opportunity and resultant life outcomes continue to show black and Latino people in this country lagging behind white people in virtually every indicator of well-being, including education, jobs, health and wealth.

These persistent disparities can easily leave one in despair. For white people, they can lead to the response that this is not our problem. And yet, we white people have a critical role to play in ensuring equal opportunity for all in this country. And we have an inspiring model to look to for that role, a small yet mighty grassroots organization in Boston that celebrates its 45th anniversary this week.

These words were written 45 years ago, as part of the Kerner Commission report. Officially called the National Advisory Commission on Civil Disorders, this Commission was set up by President Johnson to study the causes of the racial uprisings that shook the country through the summer of 1967, in cities across the U.S. from Newark to Detroit, Atlanta to Los Angeles.

These words were also the call that led to the founding of Community Change, Inc., a Boston nonprofit organization established to address "the white problem." This Friday, Community Change celebrates its 45th anniversary, and its founder, Horace Seldon, celebrates his 90th birthday.

It's rare that a scrappy grassroots group lasts for 45 years. Yet Community Change's mission and message are cause for celebration and inspiration for all who care about justice and opportunity in this country. Community Change focuses its efforts on educating and catalyzing white people to work for racial justice. Its focus is on the institutional and systemic aspects of racism. It has a devoted following of hundreds of individuals who have sustained it over its long history. It has a robust physical and online library of hard-to-find books, films, reports and other resources on racial justice. The organization has educated thousands about the root causes of racial inequities; it has supported organizing led by people of color that has led to changes in criminal records laws in Massachusetts and the establishment of a cabinet-level state office for Access and Opportunity; and it has trained and inspired hundreds of high school and college students to carry the mantle of racial justice organizing, to name just a few highlights.

While Community Change has not eliminated structural racism in Boston or Massachusetts, its work has made a difference. The lesson for others in its longevity are straightforward: a compelling mission, unwavering focus on that mission, a broad base of support, committed leadership, and persistence. Most importantly, by focusing on racism as a system that has developed and evolved since the founding of this country, the organization understands that this is long-term work. Its staff and board, allies and supporters, are in it for the long haul.

What makes Community Change, Inc. unique is its founding premise, that white people have a critical role to play in racial justice work. At Community Change, white leaders support the leadership of people of color, and work with other white people to make the shift from condoning to doing something about racism. Anybody who is finding themselves tired of the enduring nature of racism in this country can find rejuvenation by paying this organization a visit.