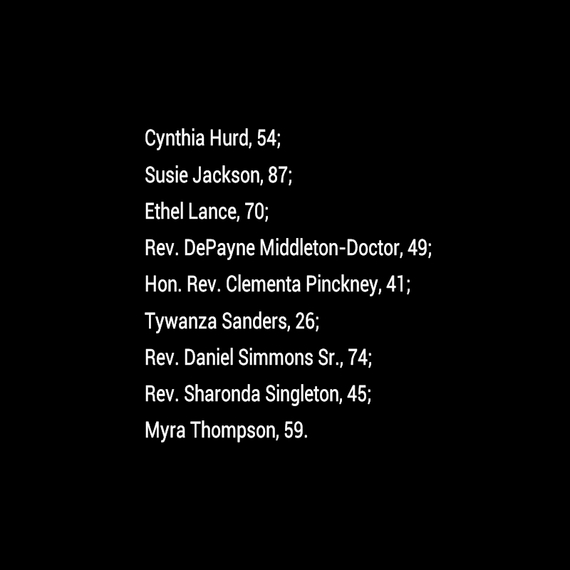 Already the narrative is starting.

News outlets are saying that Dylann Roof is insane, a loner, that the attack was an attack on faith; politicians are saying that they'll "never understand what motivated it." They're saying everything they can to try to ignore the fact that this attack was a racially motivated, White supremacist, terrorist attack on Black people. If Dylann Roof is insane, then the United States of America is an insane asylum because he was created, nurtured and committed his acts in a society that has operated on the premise that white people are superior and free to dispose of Black lives without repercussions, and there is very little in this country's 238 year history to disprove him of that notion.

There have been many changes in the country, changes that have enraged and put pressure on people who long for the old days. A Black president, the increasing visibility of people of color in mainstream American life, the instant exposure and termination of racists who share their hatred online, the loud, passionate demands for human rights respect by America's disenfranchised and the growing number of white people who are waking up to and rejecting America's institutionalized racism have white racists feeling trapped and threatened. And as nature has proven time and time again, there is no animal so dangerous as a trapped one.

Black churches have historically been integral to the American Civil Rights struggle and as such have often been a favorite target of White Supremacist violence. Roof's alleged cry of "You rape our women, youre taking over the country!" could be a direct quote from one of the many Right Wing talk show hosts who sell the propaganda of Black Boogeymen overthrowing America's "God ordained" White Power structure to white racists. It's the same rhetoric mainstream media uses in coded language and forms the basis of the main arguments of heavily armed so-called "patriots" whose concept of America comes from John Wayne movies.

It was only a matter of time before something like this happened. The encouragement for an act of this nature was too great for it not to happen. The non stop victim-blaming of poor people and people of color added to the pressure. Every time a parent calls a person of color a racial slur and tries to laugh it off as a joke, they added to the pressure. Anytime a racist police officer took the life of an unarmed Black person and was found to be justified in their actions, it added to the pressure. The daily, incessant, relentless disregard and disrespect for Black life and Black struggle in the United States created this atrocity so if you want an answer as to why this happened and what contributed to it, all you have to do is open a history book.

And there are hundreds of thousands of Dylann Roofs of every age lurking in this country, being fed a diet of White Supremacy by their families, the media, and the system. If the United States of America doesn't face the cancer of racism eating away at it, this society will not survive.

Dylann Roof was not alone in his actions. He was aided and abetted by cultural and codified American policy towards people of color. All he was doing was acting according to his programming.