The Boston trial of the alleged killer, Whitey Bulger, and his gang is in full bloom, now -- the papers are filled every day with every sordid detail. As I read these accounts, I often wonder about the families of these infamous people. Not their mafia families, but their wives, their kids, their mothers and dads. I wonder if their families are like mine.


"Oh," my friend's mother said, "I read about your daddy's murder."

I was 7 years old. My friend, Helene, had brought me home with her after school.

"No!" I said, shaking my head. "That wasn't him. My father died of pneumonia."

"It was when she was a baby," she said to her husband. "The father was a bootlegger. The mafia killed him. I remember because it was in all the newspapers."

When I was 4 my mother told me my father died of pneumonia. I believed her. I didn't believe her. So when I got to be 12 I asked my older brother for the truth. Kenny said he remembered that night: the shots, our mother's screams, the crying relatives, the police, the reporters, the neighbors all streaming in and out of our house and yard.

"If you want to know what happened," he told me, "go down to the library and read the newspapers dated from November 14, 1924. It's all there, the whole story."

The following Saturday I told my mother I was going to the movies and rode the streetcar downtown to the public library. The clerk gave me the newspapers I asked for. I carried them to a table in a corner hoping no one would see me, as if I were stealing secrets, as if my mother were watching, as if it wasn't my story, too. And in the anonymous, bloodless, cold print on the front pages of public newspapers, I discovered the truth about my father's death. And there I was, 12 years old and alone with a dangerous secret.

Although that was decades before James Whitey Bulger's arrest for murder, nothing has changed regarding the lack of attention paid to the families of men like Bulger, who is now on trial in Boston. In the hundreds of thousands of books and movies and newspaper articles and TV programs about members of organized crime, their families are either ignored or marginalized. Whitey Bulger, Stephen Flemmi, John Martorano, Howard Winter, Joe Macdonald, Jimmy Sims of the Winter Hill Gang of Boston -- all have wives and girlfriends and children and mothers.

Who are they? What is their background? Do they like the danger and the money? Or hate it. Stay or leave? If they're religious, how do they reconcile their ethical teachings? How are their lives affected?

My mother met my father in 1912 when she was 15, after graduating from the Jewish Orphan Home in Cleveland, Ohio. He was considered a catch for an orphan girl -- good looking, with money in his pocket and a shiny Winton automobile. They were married in 1915, and when Prohibition became law in 1919, he found the career he was born to. Although my mother was widowed in her 20s she never remarried as if seven years of marriage to my father was enough for a lifetime.

She had been given a thorough religious and academic education in the orphanage. Reading everything, remembering everything she read, she would tell you more than you wanted to know about anarchy. About the League of Nations. John L. Lewis and Leon Trotsky. How Roosevelt's NRA and WPA saved the nation. She loved getting into political arguments with people because her head was stuffed with esoteric minutiae just waiting to spring on some poor Republican, who would soon find himself hopelessly outmatched by her facts, her passion, her verbosity.

She also lectured me grandly on the virtues that were drummed into her head in the orphanage. Once a week the children were assembled in the Prayer Hall for lectures on personal morality, integrity, uprightness, virtue and the Ten Commandments -- putting her values in mortal conflict with her husband's. I remember how my brother's normal adolescent behavior made her cry and wring her hands and say things like "What's going to become of him?", terrified that he was on his way to become his father's son and get murdered.

She didn't look like anyone's mother. She was too young-looking, too chic. Back then mothers stayed home, but she went to work every day in high heels and bracelets; people thought she was my sister. She fascinated my friends with how un-motherish she was, how charming, vivacious, flirtatious -- how much like a girlfriend. But I wanted her to be like their apron-clad moms who didn't scare and excite and hypnotize and then slip away like ether. I longed for safer, plumper arms, the smell of dinner cooking in a warm kitchen. My mother brought home cardboard cartons of Chinese food for our dinner, smelling of her office and stale perfume.

She could electrify a room with her brilliance and charm, but she didn't know when or how to stop. People became restless; they looked away, they would leave if they could. I was ashamed of her. I was proud of her. But I didn't know what I had learned from her. That is, until my divorce. Needing independence and courage, I discovered it within myself, put there by her spirit. Also, the pleasure of learning and the life of the mind. Integrity of the self. And especially compassion, from watching her struggle with the effects of the double murders on her life, not to mention the challenge of raising two children during The Great Depression under an umbrella of secrecy.

Stuck in trauma, she was unable to talk about the killings or even mention her husband's name for the rest of her life.

As Linda Loman cries at her husband's grave: Attention must be paid.

PHOTO GALLERY
"The Families"
Download
Calling all HuffPost superfans!
Sign up for membership to become a founding member and help shape HuffPost's next chapter
Join HuffPost 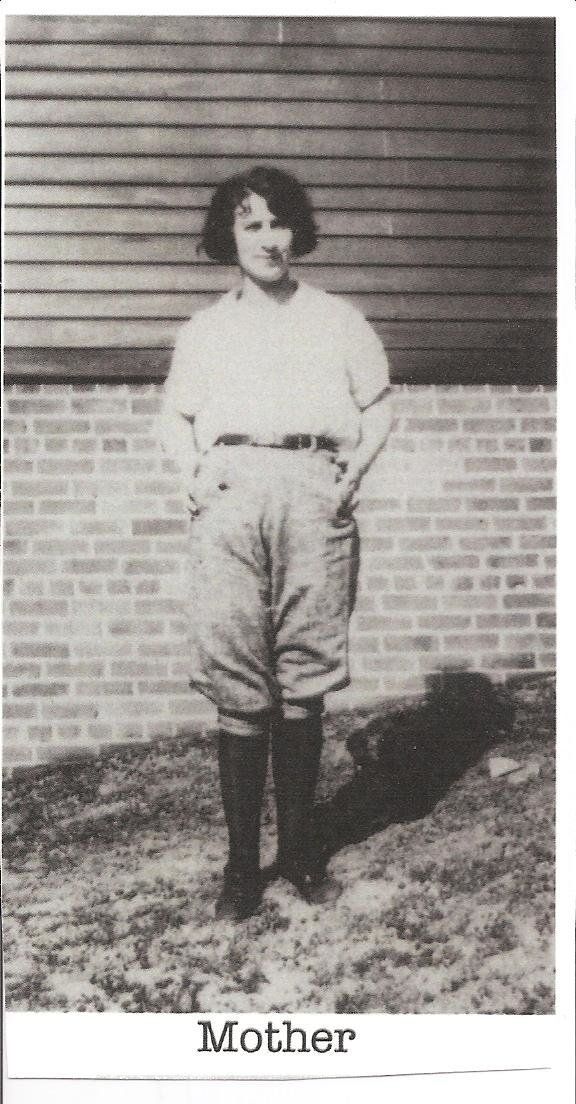