James 'Whitey' Bulger, the man who eluded FBI investigators for 16 years after building a reputation as one of Boston's most ruthless mobsters, was found guilty Monday on federal racketeering charges and some -- but not all -- of the murders he was accused of.

Bulger, 83, was charged with participating in 19 murders as well as 13 counts of extortion and money laundering, among other crimes. In total, he faced 32 counts. He was convicted as being directly involved in 11 of 19 murders, and was also found guilty on weapons charges, money laundering, and conspiracy.

He faces life behind bars.

As he left the courtroom, he reportedly gave the thumbs up to his brother Jack, and someone yelled, "Rat a tat tat, Whitey," according to WCVB.

Jurors said his connection to one of the murders -- the shooting death of Roger Wheeler -- was proven. Convicted hit man John Martorano testified earlier in the trial that he shot Wheeler between the eyes after the executive finished a round of golf at a Tulsa country club. The killing was sanctioned by Bulger.

READ MORE ABOUT THE 19 MURDER VICTIMS IN THE CASE

Some of the victims' family members spoke out after the verdict was reached. Though jurors said Bulger's involvement in the the murder of Michael Donahue in 1982 was proven, the victim's son Tom Donahue was shocked that Bulger got off on any of the murders.

"I'm not satisfied with the verdict -- he should have been guilty for all those murders," Donahue told reporters outside the courthouse. "My father got killed in his very early 30s. I've got [a family] my father's missing out on all that. It's a nightmare ... He's gonna spend a couple hundred years behind bars, but he should have been found guilty of everything."

Jurors took more than four days and 33 hours of deliberations to convict Bulger, in what has amounted in a 40-day trial.

In closing arguments during the trial, prosecutors portrayed Bulger a "vicious, violent and calculating" criminals who hunted his victims. The defense described him as a victim of FBI corruption and backstabbing former associates.

Bulger was one of the FBI's most wanted criminals when authorities captured him at his Santa Monica, Calif., hideout in 2011. His former henchmen testified against him, including Kevin Weeks. The two gangsters shared volleys of profanity and shouting in the courtroom, as Bulger lashed out at Weeks for saying he was worse than a murderer.

He was charged primarily with racketeering, a catchall offense that listed 33 criminal acts — among them, 19 murders that he allegedly helped orchestrate or carried out himself during the 1970s and '80s while he led the Winter Hill Gang, Boston's ruthless Irish mob. The racketeering charge also included acts of extortion, money-laundering and drug dealing.

The jury had to find he committed only two of those acts to convict him of racketeering. After 4½ days of deliberations, it decided he took part in 11 of those murders, along with nearly all of the other crimes.

Bulger could get life in prison. But given his age, even a modest term could amount to a life sentence for the slightly stooped, white-bearded Bulger.

During the two-month trial, federal prosecutors portrayed him as a cold-blooded, hands-on boss who killed anyone he saw as a threat, along with innocent people who happened to be in the wrong place at the wrong time. Then, according to testimony, he would go off and take a nap while his underlings handled the cleanup.

Among other things, Bulger was accused of strangling two women with his bare hands, shooting two men in the head after chaining them to chairs and interrogating them for hours, and opening fire on two men as they left a South Boston restaurant.

Bulger, the model for Jack Nicholson's sinister crime boss in the 2006 Martin Scorsese movie "The Departed," was seen for years as a kind of benevolent tough guy who bought Thanksgiving turkeys for fellow residents of working-class South Boston and kept hard drugs out of the neighborhood. But that image was shattered when authorities started digging up bodies. 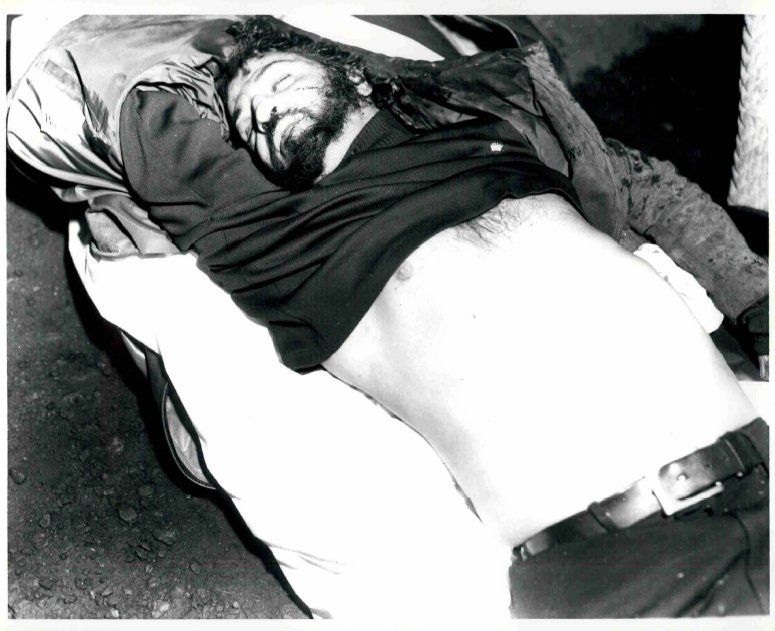 1 / 16
Alfred “Indian Al” Notorangeli
The Boston Mafia asked the Winter Hill Gang to execute Notorangeli in 1974. After several failed hits that took the life of at least one innocent bystander, John Martorano shot Notorangeli from a car. Martorano testified that Bulger was driving in a backup car ready to help if anyone intervened.
US Attorney