Today Herb Tam wrote about the problems already plaguing the 2012 Whitney Biennial since the artists names were leaked last month. Tam writes on his blog, "The biennial, like the Oscar Awards, will always be judged harshly because its grand mission and history to survey the art of the contemporary (American?) moment makes it among the most prestigious group exhibitions to be included in, and also sets up an impossibly ambitious thesis to satisfy."

This is, sadly, true. I don't envy the position that curators Elisabeth Sussman and Jay Sander were in, because inevitably many well-known artists were miffed that they weren't chosen. However, representation continues to be an important point in the art world, especially since we've entered an era that Robert Hughes warned us about in his essay in Nothing if Not Critical . He writes that at this point in time, the art world has adopted "the strategies of other mass media: emphasis on spectacle, cult of celebrity, the whole masterpiece-and-treasure syndrome." If this is the case, then we are looking at pieces and artists as products, and by extension, work is viewed and championed in terms of sales. As a result, it's often women and minority artists who get left in the lurch once their work is appraised in such stale terms.

So what are we missing from the list? Well, if you take Tam's point of view, we might do well to focus on identity politics. Though this was certainly a hot topic in the 1990s, his choices would "recalibrate those debates in today's terms, upon today's means of communication and political struggle, to get a picture of racial dynamics now."

We've included some of the breakout artists on Tam's list in the slideshow below, which range from a wild, gender bending performer to an artist who resurrected the art of silhouettes. For more of his picks, check out his blog here. Who is missing from the list? 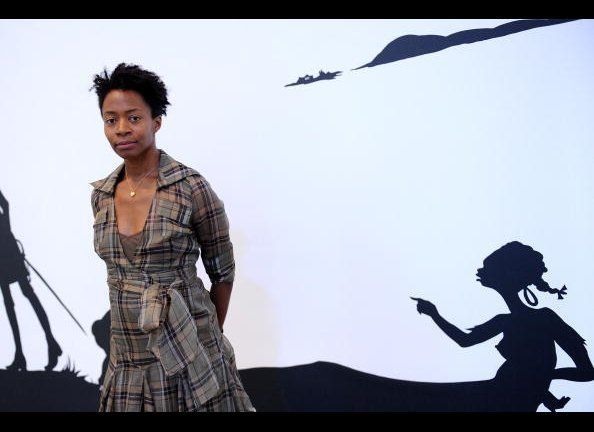