Professor Michael Watts teaches geography at UC Berkeley and is the author of many books, including "Silent Violence: Food, Famine, and Peasantry in Northern Nigeria" and "Curse of the Black Gold: 50 Years of Oil in the Niger Delta." He spoke to me about the recent kidnappings of more than 300 schoolgirls in Nigeria by the radical group known as Boko Haram, and the apparent inability of the Nigerian government to either prevent or respond to their crimes. At the time of this writing, 276 of the girls that were kidnapped three weeks ago remain in captivity while 53 have escaped. On Tuesday, Nigerian officials reported that the group had struck again, abducting 11 more schoolgirls in the country's northeast region.

Who are the Boko Haram and what should we know about them?


First of all, those individuals who are identified with Boko Haram do not refer to themselves as Boko Haram. Boko Haram, in the local Hausa language, means something along the line of, "Western education is forbidden." It's a term applied to them by residents in the communities in which the movement arose in the early 2000's, in the northeast of Nigeria. They refer to themselves differently, as Jama'atu Ahlis Sunna Lidda'awati Wal-Jihad (People Committed to the Propagation of the Prophet's Teachings and Jihad). I'm raising all of this because I think it's very important that Boko Haram is not [a name] they deployed, and it's not something that describes what they're movement is about.

They made it clear in the past that they have no objection to women being educated in Islamic schools, the madrassas. One of their leaders, Shakau, has said that they are clearly opposed to Muslim women being educated in Western schools, or more importantly, [schools that are] not Islamic. [But] in the last couple weeks there have been other attacks that were not on schools -- they have been on public places in the capital city (Abuja) -- that are designed to send a very different political message. And if you look at the escalating violence since 2009 [it has been directed] primarily at police or security forces, and on prisons that have been holding their members. There have been attacks and assassinations on politicians and traditional rulers. And last but not least on Muslim clerics who have, in their view, said unworthy and critical things about their movement. 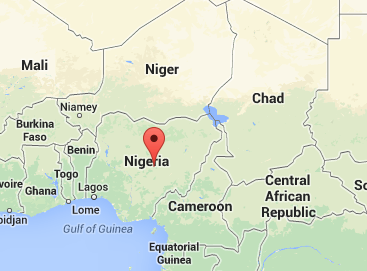 Map of Nigeria -with Chad and Cameroon bordering its northeast region.

All of which is to say that, education is indeed a part of what concerns Boko Haram. But the types of activities they have been engaged in point to larger issues -- firstly, the extent to which they [believe] that Sharia law, which was adopted in the 10 states of northern Nigeria (a largely Muslim region)... has been corrupted. Secondly, they are extraordinarily critical of state violence and state corruption, which they feel has contaminated the Muslim community in the north [and been] hostile to the Muslim community as a whole. Thirdly... they want the reconstruction of communities that have been destroyed by the Nigerian security forces, and the release of many individuals that have been picked up and are currently in prison. That last issue is clearly about what they see to be human rights violations perpetrated by what we know to be extremely violent and often undisciplined Nigerian security forces.

Only now, with mounting international pressure, does there seem to be any movement on the part of the Nigerian government. Why have they been so unresponsive to the kidnappings?

This movement -- as offensive as we might consider it in light of the types of things that have been perpetrated -- has to be put on a much larger and deeper historical landscape [with many other] popular Islamic movements in northern Nigeria that have largely appeared in the last couple centuries.

This one has a particular form, because it was shaped by two important forces: We now know that this group has connections with global jihadist movements -- [including] the Shabaab in Somalia and Mali -- and this has all sorts of implications for the military capability of this particular group. Which is to say, they've been trained. They're capable of providing explosive devices for car bombs and so on. The second is that this group emerged and established itself in the northeast and was essentially a small and arguably insignificant movement until 2003 when politicians began to use the group for political thuggery. They (candidates) promised them all sorts of things if they were elected, vis-à-vis the implementation of Sharia law. And indeed there is evidence that politicians armed this group, then, after they were elected, broke a whole bunch of promises [which] produced tension between the government and the movement. 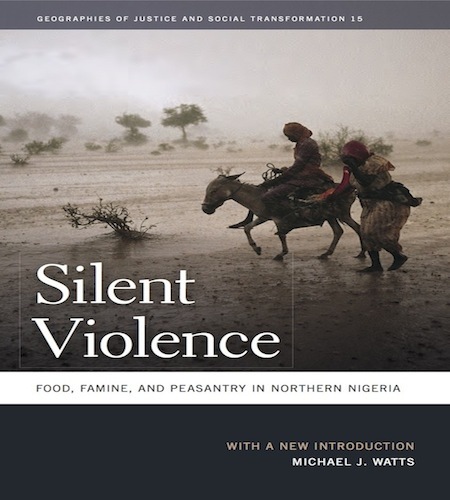 As to why they have not done anything, one reason is that historically there have been close connections between people in the Nigerian state and this movement. There are some suspicions, in fact, that in certain parts of the country at least, they have influential supporters. [An investigation] would potentially have exposed the connections... between the Nigerian state and this movement. The second reason is that the north is a majority Sunni Muslim area. The ruling elites in particular don't want to... be seen publicly [associating] the communities in the Muslim north [with] terrorists. The president (Goodluck Johnathan) is not from the north, and is not a Muslim. I think it's very tricky... to prosecute a series of military actions against Boko Haram, because the military themselves have a long track record of being extraordinarily violent and making matters worse. They've attacked Boko Haram and many civilians [have been] killed collaterally. Some individual members of Boko Haram have been imprisoned, tortured, or killed extra-judicially. The military forces are sufficiently corrupted and violent, so you can imagine why a president or a security council might be a little sensitive about unleashing the full force of the military on this group.

If you look at the American invasion of Iraq, prosecuting insurgency groups is incredibly difficult. They operate in parts of the country where they know the terrain incredibly well. They're indistinguishable often from civilian communities. They've clearly been trained militarily. And they're clearly capable of conducting a guerilla war, which is going to be very difficult to prosecute by the military.

So for all of these reasons, over the last four to six years, whoever is in power in government has typically not had a clear strategy. Sometimes they let the military go [at it] and there has been conflict. The groups are driven out to neighboring countries, to Cameroon and Chad, then they reorganize and come back more powerful and more angry than before. Particularly now -- we're in the run up to the presidential election in February 2015 -- I think Goodluck Jonathan does not want to do anything to rock the boat. His opposition will say, "See what's happening? They're sending military [to] disrupt the election and prevent people in the north from voting for their opposition candidates." 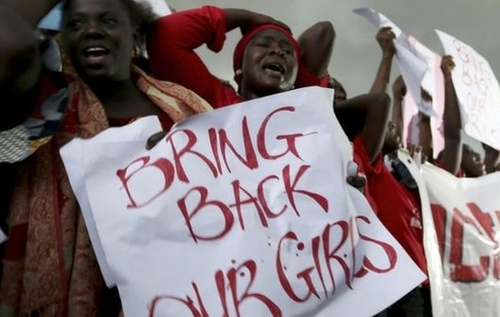 The U.S. is offering to come in and help with the rescue efforts. Could U.S. military involvement help, or would that simply escalate the crisis?

I think it's very unlikely that you're going to see greater American [military] involvement. The U.S. government has been offering and providing various types of military support -- which means military training to the Nigerian security forces for counter insurgency. But the U.S. has never had a serious military presence in the country. I would think it's unlikely that Obama would want to get drawn into a nightmare of this sort, particularly in a majority Muslim part of the world. It would be madness and they know that full well.

More importantly, Nigeria is a strongly nationalist country. The Nigerian leadership is fully aware of how inflammatory it would be -- not only to the Muslim community, but other communities -- to have an expanded American presence on the ground. In the past 20 to 30 years, whenever there's been a political crisis, the Nigerian government has always rebuffed U.S. military support. They'll buy arms, of course, but that's a very different issue.

What is the likelihood that these kidnapped girls will be recovered?

A video released by Abubakar Shekau, one of the leaders [of Boko Haram], is polemical in the sense that he wanted to make a big splash in the international press, to highlight [the group's] struggle as they see it. When he referred to selling these young women as slaves, I really am not sure what he is referring to there... What I do think, is that [the young women] have been broken up into smaller groups and sent to other countries, into Chad and Cameroon. So it'll be extraordinary tricky to track these people down, even with U.S. military surveillance.

Has kidnapping young women and girls become a strategy for radical groups to get international media coverage?

Sure. There are lots of ways of to get international coverage. Whether we're talking about Nigeria or other insurgent movements around the world. We saw this in the Nigerian Delta over oil. Back in the early 1990's to early 2000's, the leaders of these militant groups made it absolutely clear that the reason why they started kidnapping oil workers was that no one in the foreign press gave a crap about their concerns. But as soon as a white person gets picked up, or held hostage, then they can guarantee it's going to be on the front page of the New York Times, on the front page of the Wall Street Journal. My suspicion is that Boko Haram are just as savvy about the media as any insurgent group, and they caught on [to the fact] that something of this sort (kidnapping young women) will get on the front pages.

Andrew Lam is an editor with New America Media and author of the "Perfume Dreams: Reflections on the Vietnamese Diaspora," and "East Eats West: Writing in Two Hemispheres." His latest book is "Birds of Paradise Lost," a short story collection, was published in 2013 and won a Pen/Josephine Miles Literary Award in 2014 and a finalist for the California Book Award.