(RNS) Hundreds of thousands of Rohingya Muslims live in squalor in Myanmar’s western Rakhine State. That number has been falling fast as thousands flee by land and sea in search of better lives and basic survival. Here’s a look at who the Rohingyas are and why they’re leaving Myanmar in droves.

Q: Who are the Rohingyas?

A: The Rohingya people are a predominantly Muslim ethnic minority group. An estimated 800,000 Rohingyas live in Myanmar’s western Rakhine State; an additional million are scattered across Saudi Arabia, Bangladesh, Pakistan, Thailand, Malaysia and elsewhere. Most practice a unique blend of Sufi-infused Sunni Islam. More than 140,000 of Myanmar’s Rohingyas were pushed to dire displacement camps in 2012 amid regional conflicts. More than 120,000 have since fled the Myanmar/Bangladesh border to escape violence, persecution and economic hardship. The United Nations has called the Rohingyas one of the most persecuted minorities in the world.

Q: Why are they being persecuted in Myanmar?

A: It’s complicated, but some of it boils down to superstition and the politics of fear.

Myanmar is between 80 and 90 percent Buddhist. Despite this majority, many believe in a scripturally shaky prophecy that claims their faith will disappear in the coming millennia. They also point to the number 786, a common numerological abbreviation for the Arabic phrase “Bismillah al-Rahman al-Rahim” (“In the name of God, the Most Gracious, the Most Merciful”), as evidence of a plot for Muslim domination in the 21st century (7 + 8 + 6 = 21). The number 786 is often posted outside Muslim-owned businesses in the region.

Buddhist nationalists such as Mandalay-based monk Wirathu, whom Time magazine has called the “Face of Buddhist Terror,” are amplifying these “Islamic invasion” fears and inciting anti-Muslim violence through unsubstantiated Facebook posts. Economic and other political factors are also at play, but Myanmar’s government is only making things worse.

Quick field trip: The National Museum of Myanmar in Yangon features dozens of mannequins wrapped in traditional clothes representing the country’s diverse ethnic groups. Notably absent? The Rohingyas, who don’t even exist as far as the government is concerned.

Government officials categorize the Rohingyas as “Bengali,” implying that they are in Myanmar illegally from neighboring Bangladesh. A 1982 law excludes Rohingyas from citizenship, leaving most stateless. Their ethnicity was left off last year’s landmark census.

The government has long denied Rohingyas access to basic public services, education and health care. Burdensome laws restrict their travel, marriage and childbearing rights, and the government has even blocked them from receiving humanitarian aid.

Q: That sounds bad, but how bad do the Rohingyas really have it?

A: The United States Holocaust Memorial Museum issued a report earlier this month titled “They Want Us All to Go Away: Early Warning Signs of Genocide in Burma,” which says it all. The report documents how the Rohingyas are subjected to dehumanizing hate speech, physical violence, segregation, dire living conditions, restrictions on movement, land confiscation, sexual violence, arbitrary detention, voting restrictions, loss of citizenship, extortion and countless other human rights violations. Other ethnic minority groups face persecution in Myanmar, but Rohingyas seem to have it the worst.

A: Little to nothing, it seems. Aung San Suu Kyi leads Myanmar’s main opposition party, the National League for Democracy. When pressed on the Rohingya issue, she often slips into vague declarations about the rule of law. She won’t even utter the word “Rohingya” at press conferences. A political analyst with access to the Nobel laureate quoted her on the subject as saying, “I am not silent because of political calculation. I am silent because, whoever’s side I stand on, there will be more blood. If I speak up for human rights, they (the Rohingyas) will only suffer. There will be more blood.”

National elections are scheduled for later this year, and Aung San Suu Kyi is very much in politician mode, remaining silent on the Rohingya situation despite a recent surge in international media coverage. Look to see whether she loosens her tongue on the subject post-election.

Q: This is embarrassing … but where is Myanmar? Is it near Burma?

A: Myanmar and Burma are two names for the same country. The capital is Naypyitaw, but it used to be Yangon, which used to be called Rangoon. Stay with me. In 1989, the ruling military junta changed Burma and Rangoon to Myanmar and Yangon. The Associated Press goes with Yangon and Myanmar. The British government still uses Rangoon and Burma. President Obama likes to mix and match. Choosing one word over another is far less of a political statement today than it would have been in the 1990s and early 2000s. One perk of going with Myanmar is that you can use the same word for nationality, language and country: The Myanmar people speak Myanmar in Myanmar.

Who Are The Rohingyas And Why Are They Fleeing Myanmar?
Rohingya Muslims 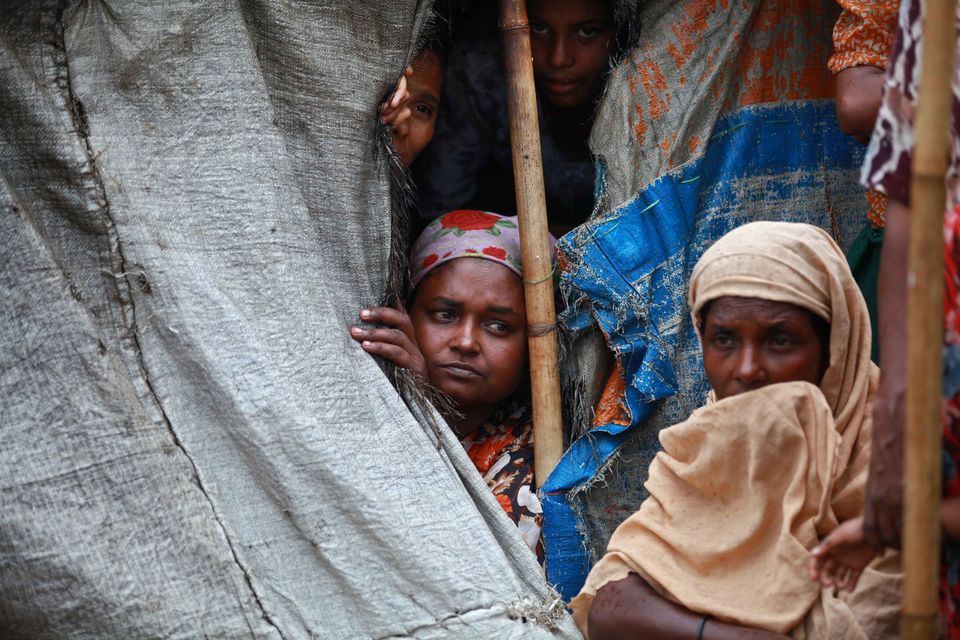