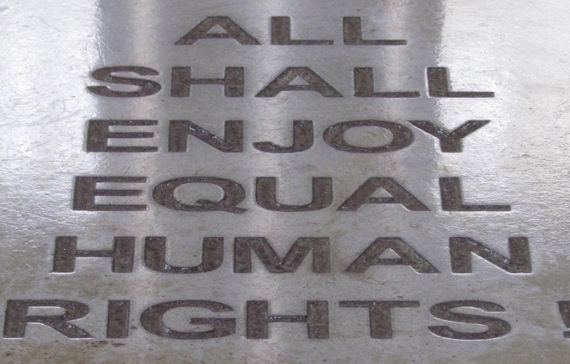 South Africa's Freedom Charter was adopted in 1955. The Americans with Disabilities Act was enacted in 1990. The United Kingdom followed five years later with the Disability Discrimination Act. Yet where are all the great leaders championing access for people with hearing loss?

Nelson Mandela wore hearing aids but he is only known for overcoming apartheid in South Africa. Malala Yousafzai wears a cochlear implant, but she never mentions it when she speaks about educating girls. Academy Award Winner and actress Jodi Foster stood up at the Oscars to declare she was a lesbian but never mentioned that she wears a hearing aid despite its prominence in a Daily Mail photograph.

There are 360 million people worldwide with some form of hearing loss. How can an issue be so pervasive but with no recognizable role models or leaders? There are great advocates within the insular hearing loss community but no person who captivates the world.

Why are people willing to discuss their race, religion, gender, age and sexual orientation but unwilling to discuss their hearing loss? Is hearing loss so stigmatized that we have created what Dr. Julie Gurner, a leadership consultant, calls a "culture of shame"? She explains: "Prominent figures hide their hearing loss so perhaps other people feel maybe they should hide theirs as well." The press ridiculed Prince Philip when he was first seen wearing hearing aids.

The media's handling of hearing loss and other disabilities is part of the problem. Their coverage is typically focused on inspirational stories. The person appears as a "Super Crip". Just think of all the YouTube videos featuring children hearing their parents' voice for the first time as their cochlear implant is activated. The message communicated is: look how this amazing "crippled" person overcame this horrible obstacle, and so now you too can conquer whatever is preventing you from achieving success. We might as well have the person wear a cape like a superhero.

The media also likes sensational photographs of people with disabilities. The most notable being when American activists crawled up the steps of the U.S. Capitol to show it was the only way to enter a building that lacked ramps. The public seems to respond only to dramatic activism or a "moment" rather than common sense.

We shouldn't need a "moment" to engender the change that is so desperately needed globally. Hearing loss shuts people out invisibly. Their needs are just as pressing and should be addressed globally.

Part of the problem is a lack of understanding that one size doesn't fit all when it comes to communication access. The following three-prong approach should be offered whenever there is live voice or recorded audio: assistive listening systems such as an induction loop, captioning, and qualified interpreters.

For people with hearing loss, communication access is their "ramp". South Africa's Apartheid Museum and Robben's Island do not have effective access for people with hearing loss despite being monuments to eradicating discrimination. The museums claim tight finances prevent them from providing access. But that is the same unacceptable excuse used during apartheid by white people for why they couldn't provide books to black children. Such excuses weren't acceptable then and aren't now.

People with hearing loss cannot become leaders when they aren't included in society. According to Dean Williams a faculty member of Harvard University's Kennedy School of Government and author of Leadership for a Fractured World, "A person needs to expand their personal boundaries in order to lead." Museums provide valuable opportunities for enlightenment and critical thinking that foster such expansion.

The Apartheid Museum and Robben Island museums need to provide effective access for people who are deaf or hard of hearing so they too can benefit from the enrichment that is being offered. We need to inspire the next great leaders and role models of our world.

NOTE: The article was first published in the June/July edition of Forbes Woman Africa, print edition