Believed to have been first organized by Serbian national Dragan Mikić, and named after the successful and beloved series of crime comedy films, the Pink Panthers is the moniker used for the network of thieves by Interpol.

Robbing for over two decades and made up of ex-Yugoslavs citizens, from Bosnia, Croatia, Macedonia, Montenegro and Serbia, they are credited with many of the most audacious thefts in criminal history.

Interpol estimates that there are at least 60 members in the gang and possibly even several hundred thieves in the network, with some former soldiers with violent pasts - fluent in many languages and holders of different countries passports.

Past jewels robberies in Dubai, Switzerland, Japan, France, Liechtenstein, Germany, Luxembourg, Spain and Monaco are thought to be on their plate, with the largest heist to have been at the luxurious jewellery store Harry Winston in Paris, in December 2008, when the thieves took home a disclosed amount of €80 million worth of loot.

The first acknowledged steal dates back to 1993, with one half-a-million diamond stolen from a London jeweler hidden in a jar of face cream, mimicking an act seen in the film The Return of the Pink Panther.

Their nickname was born. With over 340 robberies to their portfolio, the thieves know how to use and re-use movie ideas, past heist techniques, escape ideas, smashing car chases, proven methods, and detective novels' plots. 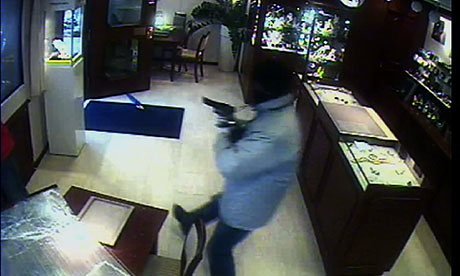 Hidden surveillance cameras in a Dubai mall captured in 2007 two Audi cars smashing through glass doors - one in reverse, the second possibly driven by a woman head on - into the Graff jewelers store.

The Dubai robbery was stunning in its amount ($3.4m), in the tiny the time it took (170 seconds) and the incredible difficulty of finding Audi cars to steal for the robbery in a country that barely had any of that brand at the time. The Pink Panthers only drive Audis it seems - a very reliable car. 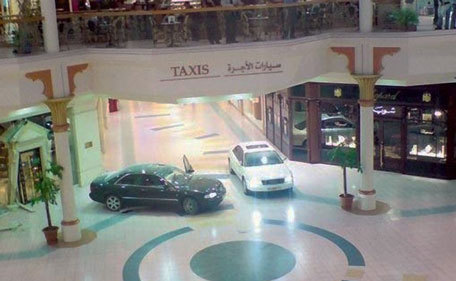 The Pink Panther series of films revolved around a very inept but harmless French police detective, Inspector Jacques Clouseau. Starting in 1963, Peter Seller was the definitive inspector in all its silliness. Steve Martin also took on the role with a success of his own, in the later versions of the detective stories.

In the movies, the Pink Panther is a very large pink diamond with a flaw at its center resembling a leaping such animal which gave the title to the movie heists. A dozen films were made using the theme song and the famous credits with the animated pink panther bouncing around.

Some of the gang members have been caught and served jail sentences of up to 10 years, but the network appears to still be active. A few of the thieves have been able to escape from various prisons, a few are on the run, but most of the Panthers are still free, highly disciplined, and very organized, with means and money to carry on their cinematic heists.

The Paris' robbery of a Kardashian family member this week may prove that to be. Are the Pink Panthers behind that heist? It's possible and the police investigation will reveal more in the next few days, but so far, the organization, the dare, and the loot involved could be distinctive traits of a Panthers signature act.

If you have not seen it yet, the 2013 documentary Smash & Grab will show you some of their antics in the incredible world of underground and secret robberies performed by the gang.

Gang member Novak (most likely not his real name) once told a Guardian reporter: "There are no victims to what we do, we scare people but we do not hurt them. We only take expensive things from rich people." 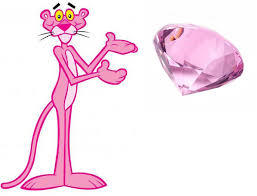