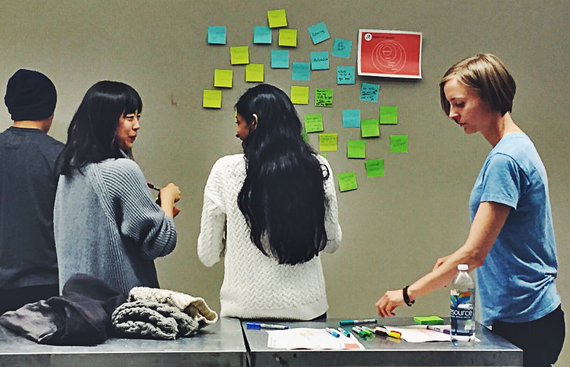 For a while, the tech skills gap has dominated the conversation around the needs of the 21st century workplace. As globalization and labor automation accelerate the growth of a knowledge-based economy, the perceived premium on "hard" skills like programming is reaching an all-time high. But inside of companies, business leaders have long been crying out for something that's missing from the storyline: the importance of "soft" skills.

Mastering hard skills while ignoring the soft ones is a bit like going to the gym every night but being careless about nutrition. You need both elements to find success.

What's in a name?

The term alone -- soft skills -- reflects the problem. These competencies simply aren't getting their due in the larger public discussion about upskilling, and maybe it's because "soft" implies they're more nice-to-have than must-have.

We can talk about the value of teaching kids STEM subjects earlier or steering students toward more marketable college majors, but soft skills are the foundation for any successful career, regardless of what field you're in. Engineers aren't typically associated with these kinds of soft skills, but they need them just as much as anyone -- and unlike hard skills, which are always evolving and could be gone with the software update of tomorrow, soft skills never expire.

Communication, leadership, cultural sensitivity, and relationship building -- these are some of the most valuable skills you can have in the workplace today, but they're often eclipsed by a focus on the IT skills shortage. HR departments now rely on resume-reading software that scans for keywords, and soft skills usually get short shrift in that process. It's tough for recruiters to screen for those skills too.

Time to heed the call of industry

These may seem like the types of skills workers naturally pick up on the job, and until recently that's mainly how it worked, but in today's workplace, soft skills are often ignored and rarely nurtured.

Organizations have gotten flatter, and middle management, where it even exists, is no longer tasked with grooming the next generation. Without role models and mentors around to share what they've learned over the years, there's a void in the development of younger workers. The frequency with which people change jobs nowadays only exacerbates the problem.

As CEO of an online learning company, I'm fortunate to have unique visibility into trends around corporate training. We talk regularly with CEOs who express frustration with how weak their teams are in soft skills, and we've seen increased demand for and consumption of these topics in our course library.

Neglecting soft skills could mean a future where computers can handle more and more of the hard skills, but humans haven't developed commensurate skills for driving business outcomes - things like how to collaborate, lead, empathize, and build relationships. Meanwhile, if you're someone who excels in those areas, you might end up being a more in-demand prospect than the hottest software engineer of today.

How we can fill the void

So, what's the alternative? I think a few things need to happen. First, individuals need to take personal responsibility for developing their soft skills, whether that's part of their formal schooling or through courses and programs they pursue independently.

Second, companies need to incorporate screening for soft skills into the hiring process and give employees more opportunities to learn soft skills once they're on the job; then they need to facilitate mentorships and coaching to support newer employees as they learn to master those skills.

Last, our broader culture needs to make room for soft skills when we talk about what 21st century workers need to know in order to succeed.

Hard or soft, all skills matter

In a survey conducted by PwC, CEOs cited "curiosity" and "open-mindedness" as traits that are becoming increasingly critical. Today's star employees need the full package: hard or technical skills backed up with soft skills and emotional intelligence. It isn't enough to say you're good with people, a resume catchphrase that's become empty jargon.

So, how do we broaden the conversation to make sure soft skills aren't pushed aside while we agonize over upskilling everyone to become technologists? Science, technology, engineering, and math have all been around for ages, but when they were grouped together as the new must-have STEM skills, it gave them substance that people could understand and rally behind. Industry leaders should be equally vocal about soft skills.