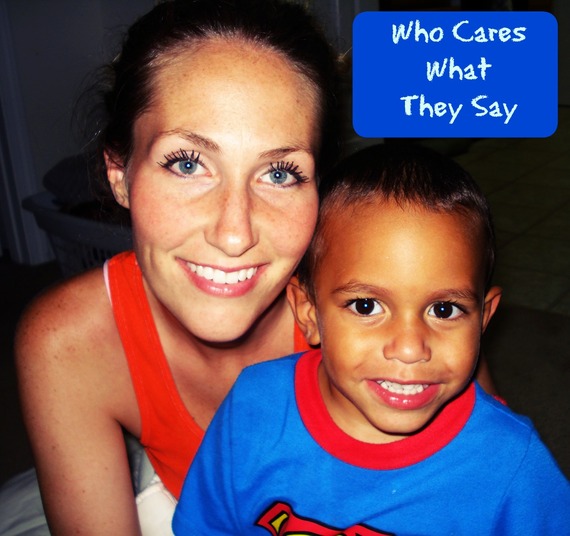 This piece was written in honor of Light It Up Blue (April 2nd) and Autism Awareness month. This particular piece was originally written as a form of therapy for me to get out my feelings and frustrations after one of many experiences involving my son, who has autism.

This certain experience was after one of his soccer games, which he used to love to play. Keep in mind this was a team meant for fun and learning for a group of 9-10 year olds; this was not an elite, competitive team.

Unfortunately for my son, at his age, kids are becoming more and more competitive, which is fine. He hasn't quite developed at the same level socially as his peers, so he was more interested in the "fun" aspect of soccer as opposed to the "competitive" part.

Therefore, when his teammates would yell at him or try to guide or redirect him somewhere else, he would become frustrated, shut down and stop playing altogether. He would turn into one big log in the middle of the field, moving absolutely nowhere and doing absolutely nothing.

As much as I wanted to go out there and rescue him (which I've often done), it's good for him to go through social experiences and learn from them. It gives us something to teach him after the situation is over and talk to him about new things he can try to do next time to avoid shutting down.

As parents, we need to take advantage of every opportunity to teach him about social situations he's unfamiliar with, because it will help him later. So no, we are not going to lock him away in our home because he's awkward and sometime doesn't understand the social cues he's missing.

Nevertheless, the worst and most frustrating part of parenting special needs children to function in society for fathers and mothers like myself are unfortunately, other parents. Yep, loud-mouthed, opinionated, rude, disrespectful, ignorant other parents.

As I'm sitting in the front row on the bleachers, I can hear your whispers to your spouse, friends, and other parents. I hear you say...

"What's wrong with that kid?"

"Where are his parents?"

"Get him off the field!"

And so on and so on.

And as much as I want to turn around and punch you square in your jaw, knock you flat on your judgmental ass and tell you there is nothing wrong with THAT kid, I won't. Instead, I'm going to educate you. So, to all the parents out there who care, but don't understand; who think they know, but don't... pull up a seat and listen! 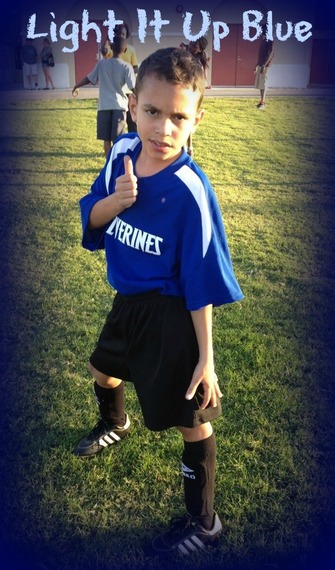 HE says what HE's thinking. HE reacts to what HE's feeling. When HE's excited, you can hear him scream. HE's happy and HE jumps for joy. HE's frustrated and you can see him lay on the ground and cry and scream. If something is funny, HE laughs so everyone can hear.

HE makes no excuses for who HE is; HE lets you see everything about him. HE hides nothing.

YOU look at him like he's crazy. YOU point your finger and shake your head. YOU tell him to settle down. YOU feel pity for his parents. YOU ask what's wrong with him. YOU wonder why he's like that. YOU dismiss it for bad parenting. YOU look the other way and whisper. YOU JUDGE.

I constantly ride a roller coaster. I clean up his messes and we battle through his homework. I explain him over and over. I feel your judgmental eyes. I try to calm his storm. I protect him from your kids. I explain why he's not fitting in. I wipe away his tears. I tell him there's nothing wrong with him; he's perfect the way God made him. I prepare him for a world that isn't good enough for him. I tape my broken heart up every day. I face challenges I never thought I would. I battle through and hope tomorrow is better. I FIGHT.

WE hide our true emotions. WE constantly talk in circles. WE lie about what WE think or feel. WE laugh at the expense of others. WE cause pain and hurt. WE manipulate. WE judge. WE look the other way. WE make excuses for our behavior. WE require nothing greater. WE justify our actions. WE COWER.

HE has a message for YOU.

Thank you for reading! And light it up blue, y'all! 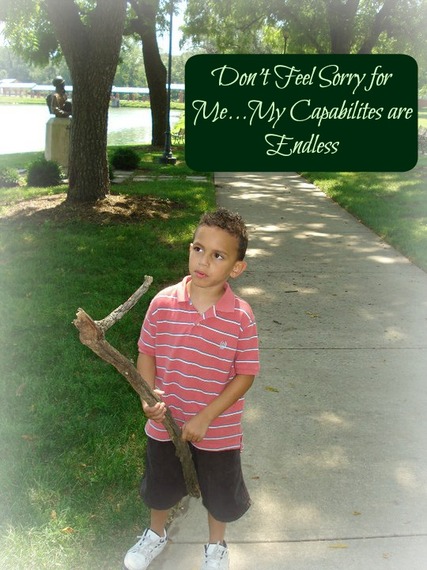