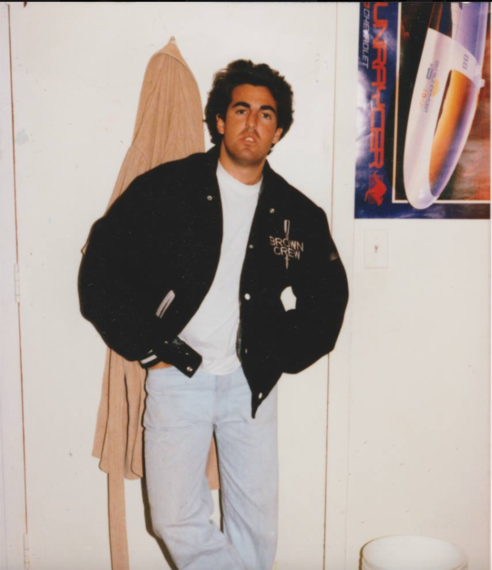 By and large, people I know are pretty bright. None would admit to believing in fairy tales about magical chocolate factories or would label Willy Wonka a "documentary." They are aware that there are no such things as Oompa Loompas or Vermicious Knids or Everlasting Gobstoppers. They accept that few people fall into chocolate rivers or blow up like a giant blueberry.

And yet knowing all this to be empirically obvious, I'm shocked by how many educated adults out there, much like Augustus Gloop's mother and Veruca Salt's dad, believe in Golden Tickets that are supposed to guarantee their children's success and happiness. Golden Tickets called "admission to elite colleges."

Here's a secret that upper middle class parents in upper class middle suburbs don't want to hear-- even worse than learning Whole Foods is secretly right wing-- that getting into the "right" school may not be an immutable guarantor of riches and a Lexapro-free life. In fact, it probably isn't.

I should say upfront that I am not a doctor, nor have I played one on TV. I'm just one who went through the pressures of elite college admission as a teenager. And am now trying my damnedest not to pass on that pressure and unrealistic expectations to my own children. This isn't meant to be a vituperative rant. Or even me testing out my new soapbox. Mostly, it's a reminder to myself, as my daughter wraps up eleventh grade, for me to chill. And when I invariably forget my own advice, I can always tattoo this article to my chest Memento-style.

Here's the question I've been wrestling with lately. Is it worth giving your kids a dependency to Xanax and lifetime of shoving down their feelings with pound cake just so you can get a cool license plate frame with the insignia of an Ivy League college? Or so you can post the admission letter on Instagram? No one would ever answer "definitely" to that generously skewed question. Yet generations upon generations keep placing the same out of whack expectations on their kids.

As a senior, I chose between Brown, Stanford and Berkeley. Which was fun. But offers little solace when I'm filling out unemployment papers. Or trying to come up with a new pilot idea. Or driving home after working a 22 hour day on a show where Anne Heche talks to God that will be seen by literally zeros of Americans.

Is my case extreme? Or just symptomatic of the idea that success is a function of many things-- hard work, self-confidence, an ability to work with others. I realize I've only been in the workplace for a mere 28 years. But in my limited experience, those attributes (plus a habit of bringing snacks for your co-workers) all go further to predicting career longevity than where you went to school.

Spoiler alert. Even in Willy Wonka, only one of the five kids with Golden Tickets parlayed it into future riches. And that was because Charlie was already a kind, decent, well-adjusted kid, his theft of fizzy-lifting drink notwithstanding. And he came from a family that didn't burden him with unattainable measures of success. Though, admittedly, his four grandparents did sleep toe-to-toe in one bed. 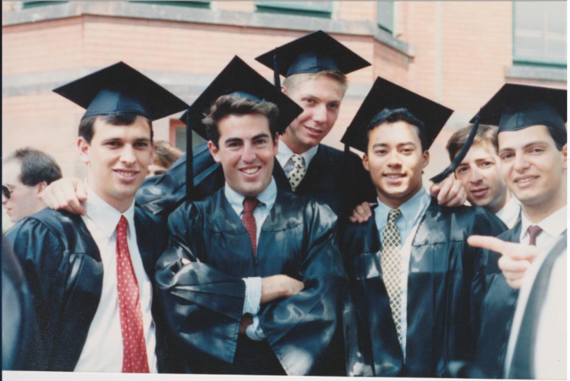 I don't want to be disingenuous and say where you go to college doesn't matter at all. If you want to be a Supreme Court Chief Justice or a story editor on Futurama, it never hurts to have Harvard on your resume. I met my writing partner of 22 years in college. Along with many of my dear friends who opened the ark at my son's bar mitzvah. Obviously, who doesn't want lifelong friends? Who doesn't want to be exposed to interesting, inquisitive people? But to think your children can only find that at one of eight universities is a fallacy. A fallacy, I tell you!

You can get a top notch education anywhere. It simply depends on how much effort you are willing to put in. I think Frank Bruni wrote a book around basically the same thesis. I didn't read it. But I'm still insecure enough that I wanted you to know that I'm familiar with Frank Bruni and the concept of a thesis. Also, many kids who've spent their entire adolescence chasing the Ivy dream are too burned out by the time they arrive. I know that was the case for me. There's a reason I still have those dreams where you never attended class and don't know who to turn the final exam in to. What I wouldn't give for a soothing night's sleep, where I simply take the SAT naked and without teeth.

Further, no matter where your kid goes, they'll probably play ultimate frisbee and drink cheap American beer from a funnel. They may also briefly take up hacky sack to impress a granola hippie girl. And they will invariably get their heart broken by said granola hippie girl when she decides she's more attracted to a jerky lacrosse player than a Jewish high school debate champ. For instance. Could also be a jerky hockey player or oarsman. But I promise these basic scenarios would play out roughly the same whether you're at Yale or the Yale Lock company.

So why do so many parents force their kids to sacrifice their teen years for what is arguably the parents' dream? I do believe that some parents genuinely, if naively, believe that somehow a good school will inoculate their kids from any future suffering. And a posh degree will inoculate themselves from appearing as the villain in the next fifty years of therapy sessions.

More cynically and more frequently, I see parents wear their kids' school acceptances (and not just college) as validation of their worth. I don't want to name names or schools, but invariably there is an inverse proportion between how shitty a college the parents went to and how loudly they are shouting their kids' academic accomplishments on Facebook.

Perhaps I'm naive or old school. And I'm far from perfect on this front. But shouldn't we be asking an entirely different set of questions. Is your child happy? Does your kid have friends? Does your kid have nice friends? Maybe it's so obvious that we sometimes forget. Or maybe we are all so scared and competitive, that it's created a culture where people toss around their daughter's ACT scores like we used to talk about Rod Carew's batting average.

Basically, if you work hard and people like being around you, you can go far in almost any field, regardless of where your diploma is from. I remember years ago talking to a friend who is a big New York headhunter. And he said he'd rather place a well-adjusted Big 10 kid with leadership skills than an overstressed, overachiever from the most elite schools, every day and twice on Sunday.

Right now, I work with a super bright man who went to a small bible college in Oklahoma. And we have ended up on the same show at the same time at the same position. And I don't think he's perseverating about the fact that he didn't go to Brown. In fact, since I split a salary with my writing partner, he probably makes twice what I make. So I'm sure he's not perseverating about it. Or feeling the need to ever say "perseverating."

Maybe this is a little harsher in tone than other pieces I've written about carrying a nurse lunch box or almost drowning or not being able to extricate myself from a wet suit. But frankly, nothing raises my ire as much as parents living through their kids. And potentially messing them up in the process.

It's true, I'm not one to judge. And I've probably been as guilty as anyone. But if nothing else, I'm just trying to remind myself that there has to a better and healither way.

More:
parenting adviceEducationParenting ParentsCollege Admissions
Newsletter Sign Up
Raise the kind of person you'd like to know
Subscribe to our parenting newsletter.
Successfully Subscribed!
Realness delivered to your inbox