You probably did not hear about his case. And if you did, his fate may not have mattered much to you.

His name is difficult any way! Mohamed Cheikh Ould Mkhaitir. How do you pronounce such a name?

And his country? Mauritania! Among the poorest in the Middle East and North Africa. So remote, so poor, so far away.

He was sentenced in December 2014 to death for writing an article that was construed as 'critical of Mohammed', the Prophet of Islam. Today, he awaits his execution.

You may think that the sentence is 'certainly harsh'. But secretly you whisper to yourself: "Why did he criticize Mohammed in his Islamic country? If we are censoring ourselves here in the West, he should have expected the consequences in his own country!" Right?

Yes. The young man is brave indeed. He has guts. And just like Raif Badawi, the jailed Saudi blogger, he is paying a high price for his courage.

But as with Raif Badawi, the case is not as straightforward as we were made to believe.

In the case of Raif Badawi, the Saudi authorities said that he 'insulted Islam'! When we looked closer, it turned out that Badawi was in fact calling for reform - reforming a system controlled by the religious clergy, which violates the basic human rights of Saudi citizens. In Badawi's case, the issue was about creating a website that promoted critical thinking. Nothing here indicates an insult to Islam!

About 10% to 20% of Mauritania's population lives in slavery. The government did abolish the practice 20 years ago, made it a criminal offense in 2007 subject to punishment, but it has failed to genuinely tackle the problem, and the practice continues.

In Saudi Arabia the political regime depends on the religious establishment for its survival. It needs its religious sanctioning. For that it is willing to suffocate the lives of its own citizens and sanction the discrimination against those of different ideological and sectarian affiliations.

Similarly, the alliance between the political establishment, the owners of slaves and the religious clergy has been the main reason for the endurance of slavery in Mauritania. Each benefits from the other for its political survival and system of privileges.

The core of the problem is that 'Islam' is being used in Mauritania to justify slavery. I have always said that 'Islam is what we make of it'. In this case, the owners of slaves and the religious clergy are using religious texts and interpretations to justify owning a human being.

Nothing new in this. I am sure you remember your own slavery history in the United States and Europe. The bible was also used to justify slavery.

It is within this context that we should understand the article of Mohamed Cheikh Ould Mkhaitir. His article was about how religious texts and narrations of the life of Mohammed, the Prophet of Islam, justifies slavery.

Simply said, he was arguing that the religious interpretation used in today's Islamic teachings in Mauritania perpetuates slavery in his country. There is a need for a new interpretation.

The issue is about slavery not the prophet.

No one told you that Mohamed Cheikh belongs to a social group of former slaves. That in fact he is fighting for the freedom of Mauritanian slaves. 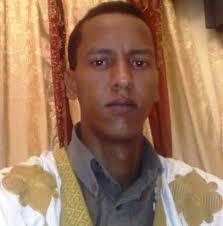 It is no accident that the arrest and trial of this young man (30 years) coincided with the arrest of several anti-slavery activists, among them the famous activist Biram Dah Abeid, who is still in prison today.

It is also no coincidence that the first Mauritanian NGO criticizing the verdict against Mohamed Cheikh was none other than the anti-slavery organization Initiative for the Resurgence of the Abolitionist Movement in Mauritania (IRA-Mauritania).

This background explains why the court rejected Mohamed Cheikh's repentance, which according to classical Islamic teachings would have led to his release. The man was challenging a social order of slavery; he was to be silenced at all costs.

Blasphemy laws are being used to justify the worst kinds of violations.

Ensaf Haidar, the wife of Saudi blogger Raif Badawi, was quick to see the connection. Her husband is imprisoned for challenging a reactionary religious clergy. And Mohamed Cheikh was challenging the religious interpretation in his country. Both are demanding reform. Both are insisting that their fellow citizens deserve equality and justice.

She made an appeal on behalf of Mohamed Cheikh in an article in the Independent. She asked who would care for a poor young man in Mauritania?

I think you should care. I think you should be outraged. The issue is about slavery not the Prophet of Islam. This young man will be executed for fighting slavery in his own country. The least we can do for him is to call for his freedom. #FreeMohamed Cheikh.