Indie superstars Arcade Fire shocked everyone at the Grammys last night by taking home the Album Of The Year award, and not because they aren't amazing, but because apparently no one knows who they are. The Internet has been buzzing this morning with some "out of touch" people Googling, tweeting and Facebooking who/what Arcade Fire is and why they got an award if they're not Lady Gaga.

As a tribute to this public confusion, a Tumblr was started with the appropriate name 'Who Is Arcade Fire?' with all the funniest reactions (Brooklyn Vegan also did a good post). So far the Tumblr has confused reactions from the likes of Rosie O'Donnell and Dog the Bounty Hunter as well as regular folks who have never heard of Arcade Fire (or 'The Suburbs' as they are mistaken) and want the world to know about it.

See our favorite posts so far below and be sure to check out the rest. (Via Buzzfeed) 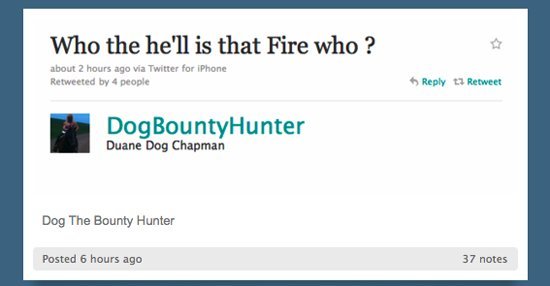 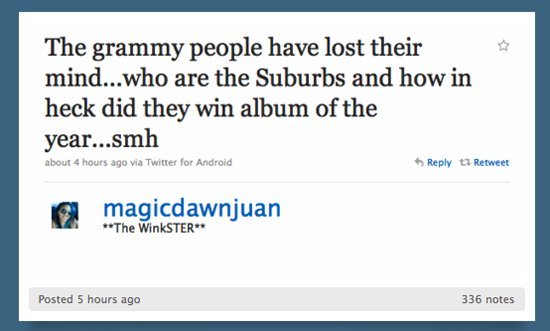