The Rohingya have been described as "the most persecuted minority in the world" by the United Nations. The following is based on extensive interviews conducted by the author in the Rohingya IDP (Internally Displaced Persons) camps in Myanmar earlier this year . 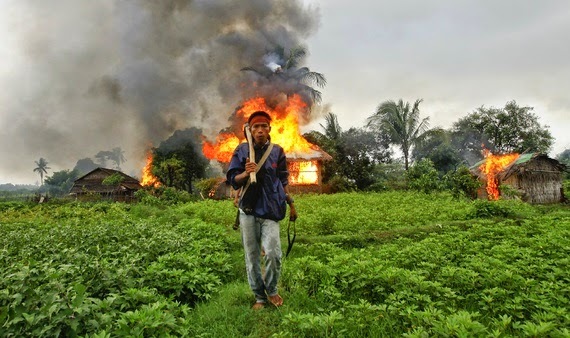 Adam is 34 years old. He lives in a 10 sq. ft. bamboo hut in the Thet Key Pyin camp for internally displaced persons (IDP camp) in Sittwe, Myanmar. Just over three years ago he used to be a construction worker, living a life of relative comfort in downtown area of Mansi Junction Village. But that may as well have been an entire lifetime ago.

It was June 2012 when his pleasant, peaceful life was torn to pieces - along with the lives of 35-40,000 other people just like Adam. Their village was attacked on all sides by mobs of people. And not just thugs or gangs on the loose. Military and police too - entire local sections of Myanmar's security services. They burned down the houses and forced residents to leave. Some people wouldn't leave. Or couldn't leave in time. They were burnt alive. Some others who tried to resist the attack were hacked to death by the mobs.

Why were Adam and his neighbors attacked? Simply, because they were born. Or to be specific, because they were born in the Rohingya minority ethnic community, in Myanmar. And this was not an isolated attack. Similar acts of violence flared all across the state of Arakan (Rakhine) in Myanmar that June. And again that year in October. And again a few months later. And ever since. Roughly twice every year since 2012, the state of Arakan goes up in flames.

Not that these attacks have been out of the blue. The Rohingya have been at the receiving end of discrimination, hostility and occasional violent attacks ever since Burma (as Myanmar was previously known) gained independence from Britain in 1948. But the developments in the last three years - they are something new.

We are in the middle of a full-blown ethnic cleansing campaign, and according to several of the most respected international observers, including UN bodies, the Rohingya are the group most at risk of genocide at this moment in time. Half of the Rohingya population of around 2 - 2.5 million has been displaced - the majority to neighboring countries such as Bangladesh and Thailand. This is what triggered the South-East Asian migration crisis we have heard about in the news. But over 150,000 Rohingya people have been internally displaced. Like Adam, they live in IDP camps. They cannot leave and they cannot find employment. They are under constant guard by security agencies, ostensibly to "protect them from further attacks" - in effect they are living in prison camps, where even Medicins Sans Frontieres have been banned from operating.

I recently returned from Myanmar, where I undertook research for my forthcoming book on the Rohingya minority. Whilst there, I had to ask: who is actually instigating these vicious attacks against the Rohingya? It is difficult to point the finger unequivocally to the government, even as there is evidence that at least some elements of the state administration have either enabled or even participated in certain attacks. And it is equally difficult to pin down any group or population, even as it is clear that many, many people in Myanmar are extremely hostile to the Rohingya. 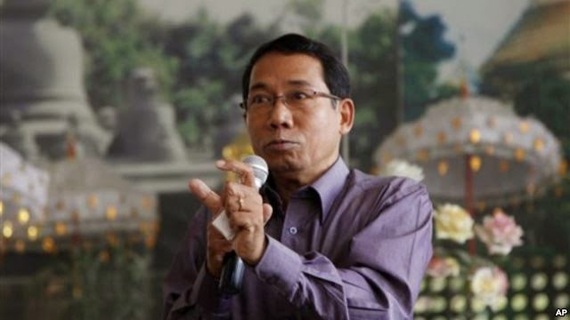 Dr Aye Maung, President of the ANP party, was named by multiple sources as one of the main instigators of the violence against the Rohingya. He is now aiming to become Chief Minister of Rakhine State which many believe could be the trigger to full scale genocide

But one name that repeatedly came up and in the case of which there is very little ambiguity is Dr Aye Maung, leader of the Arakan National Party (ANP), previously known as the Rakhine Nationalities Development Party (RNDP) . To put this into its proper context, the stated ideology of the ANP is to "represent the interests of Rakhine people in Rakhine (Arakan) state and the Yangon region". In other words, it is a self-declared ethno-centric, xenophobic and racist party. And they hate the Rohingya with a burning passion - for having a different color skin and most of all for having a different religion (Islam) .

One of my sources personally witnessed Dr Maung enter a restaurant in Sittwe in May 2012, only to storm out again furiously when he saw that the Rakhine locals were sitting and eating happily with their neighbors, "the Bengalis" (the term used for Rohingyas, in order to de-legitimize their existence in the country). Another witness in June of the same year saw about 10 people from Dr Maung's party distributing leaflets claiming that a Rakhine girl had been raped by Rohingya men and urging the Rakhine to protect their dignity.

As numerous villages were being burnt to the ground that June, in what appeared to be coordinated attacks, as evidence mounted of state complicity and suspicions arose that the ultimate strategy of the attackers is to force the Rohingya out of their communities into IDP camps where they would be at the mercy of their enemies, Dr A Maung told the BBC that "the Bengalis" (Rohingya) were burning their own homes and businesses.

Dr Maung went on to be part of the investigation launched by the Myanmar government into the events of June, which started in October 2012. This investigation cheerfully concluded that "both sides are to blame", and no serious measures have since been taken to prevent a repeat of the atrocities, which accounts for the regularity with which they recur.

Of course, Dr Maung is but one man. He may be the most visible political character in this odious spectacle, but there are many, many others. There are local leaders of the ruling Union Solidarity and Development Party which are equally hostile to the Rohingya, such as Hla Maung Tin, Chief Minister of Rakhine state till 2014, whose "handling" of the situation in Arakan was so patently lacking that it forced the President of Myanmar to remove him - despite the president himself being no big fan of the Rohingya. To say nothing of leaders of the local military units, police, and the notorious border agency NaSaKa, which has long been in the eye of the UN for decades of human rights' abuses. And then there are a whole host of extremist Buddhist monk leaders who insist that the Rohingya pose a threat to the state because of their Muslim faith. Hence the reason why mosques are some of the more frequently targeted buildings for arson, when the attacks happen. 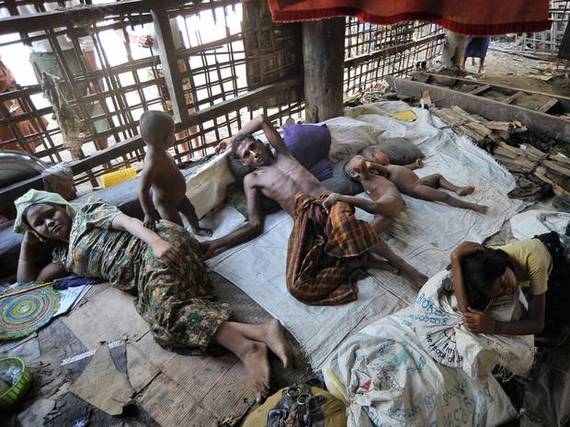 All these political actors, usually Rakhine Buddhists with some kind or other of axe to grind, have very much to gain by constantly victimizing and attacking the Rohingya. And by now the situation is to a large extent self-perpetuating. That is how we have come so close to genocide. The worry now is what happens if there is some kind of trigger - something that pushes the situation over the precipice from brutal violent and sustained oppression to outright calculated extermination. Today, Dr A Maung is still very much at the forefront of the situation. And he is looking to become Chief Minister of Rakhine. One cannot but shudder at what the consequences might be if someone like him and his associates are given free reign over the fate of the Rohingya.

Dr Azeem Ibrahim is an International Security Lecturer at the University of Chicago and author of the forthcoming Rohingya: Inside Myanmar's Hidden Genocide (Hurst UK)