You've voted on your favorites and chosen Amy Palmiero-Winters & Catherine Hughes as the Ultimate Game Changers in Sports for 2010. Voting is now closed. 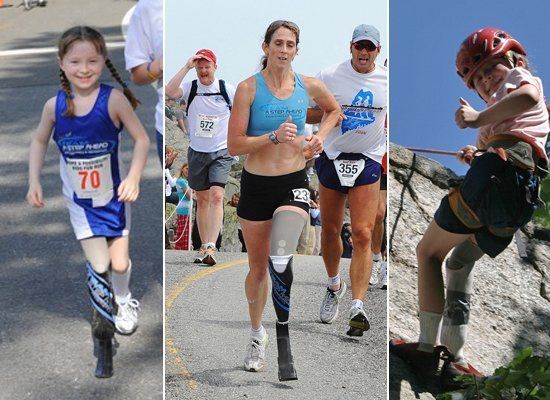 1 / 1
Amy Palmiero-Winters & Catherine Hughes
<strong>Changed the game by ...</strong> staying a step ahead, even while missing a leg. Palmiero-Winters, age 37, and Hughes, age 8, are both below-the-knee amputees who have received artificial legs from the cutting-edge company, A Step Ahead. They are accomplished runners who embody the ways in which disabilities have become merely an obstacle to athletic triumph. In 2009, Palmiero-Winters's success as an ultra-marathoner (she runs more than 100 miles at a time) won her the James Sullivan award for best amateur athlete in the United States, and this past spring she became the first amputee to make the U.S. World Track Team. Hughes is just one example of the next generation of amputee runners, a successful triathlete on the junior circuit. Despite being one of the youngest competitors in the Aspire 5k/10K in Plainview, New York, at age 7 she finished the 5k in third place. <strong>She said it:</strong> Palmiero-Winters: “If I had two normal legs and I run a race, yeah, it’s just winning a race. But to me, it’s much more. It’s having other people see you, see what I did face, we all have different adversities, and I’m just like everybody else." <strong>Must-click link:</strong> <a href="http://www.aspirewithoutlimits.org/" target="_hplink">The site for ASPIRE, the non-profit organization that helps amputee athletes</a>