Below, check out the nominees for HuffPost's 2011 Game Changers in Green.

Voting for the Ultimate Green Game Changer is now closed. Thank you for your participation! 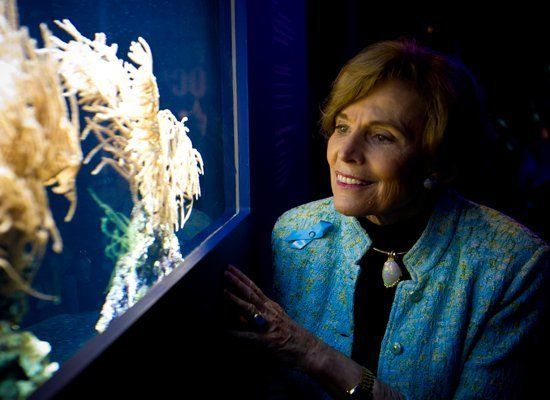 1 / 8
Sylvia Earle
<strong>Changed the game by:</strong> Inspiring the next generation to fight for a healthy ocean. She's already been called a living legend by the Library of Congress, but <strong>Sylvia Earle</strong>, the renowned oceanographer, author and explorer, won't rest until everyone understands that the survival of the planet depends upon the health of our oceans. To combat the current Asian culinary trend of eating shark fin as a delicacy, Earle joined together with the Ocean Geographic Society to convene 1,000 kids in Hong Kong's Cyberport, having them pledge: "I am the future... I won't eat shark fins!" Addressing the crowd, Earle said, "Sharks are beautiful animals and if you're lucky enough to see lots of them that means that you're in a healthy ocean. You should be afraid if you are in the ocean and don't see sharks. That means the ocean is in trouble, and if the ocean is in trouble, we're in trouble." In May she gave an inspiring speech to the graduating class at Smith College, urging them to take action: "You have managed somehow to come along in what might be, and I think it will be, the most important time in history, if, what you have in mind, is making a difference in the future of the world." <strong>The stuff of legend:</strong> To date, Dr. Earle has led over 70 expeditions and logged over 6,500 hours underwater. She's traveled 100 feet below the water in the Bahamas in a submersible Deep Diver while four months pregnant in 1968, led an all-female research deep sea expedition in 1970, and, in 1979, walked untethered at a lower depth than any living human before or since -- 1250 feet -- off the island of Oahu. <strong>Must-click:</strong><a href="http://www.youtube.com/watch?v=Ao6ExwOBfn8" target="_hplink"> Earle's commencement speech at Smith College </a> (Photo Credit: Getty Images)