Below, check out the nominees for HuffPost's 2011 Game Changers.

Voting for the Ultimate Politics Game Changer is now closed. Thank you for your participation! 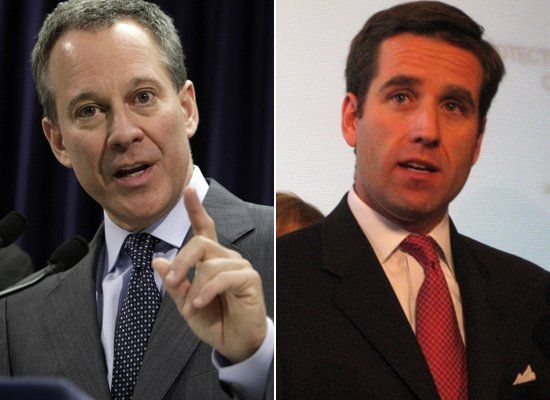 1 / 10
Eric Schneiderman & Beau Biden
<strong>Changed the game by:</strong> Investigating mortgage irregularities. When the Obama administration proposed a wide-ranging state settlement with banks over dubious foreclosure practices, it needed approval from the attorney general's office in all 50 states. New York AG <strong>Eric Schneiderman</strong> spoke up, arguing that the settlement would give big banks a get-out-of-jail free card before his office could even beging to investigate and prosecute those who decimated our financial system. Soon after, <strong>Beau Biden</strong>, Attorney General of Delaware, chimed in with reservations as well. "The events leading up to the mortgage crisis must be fully investigated, including origination and securitization practices, before any broad immunity is granted," he said. "The American people deserve an investigation." Pressure from the quick-let's-settle-and-forget-it-all contingent has remained strong. In August, Schneiderman was removed from a committee of state attorneys general investigating robo-signing and mortgage abuses. Biden once again defended him, and the two have formed a coalition of prosecutors ready to take on the big banks. Schneiderman and Biden are doing what Attorney Generals are supposed to do -- pursuing corruption, not rewarding it. <strong>Let it roll:</strong> Schneiderman's stubborn stance is causing a snowball effect. Minnesota AG Lori Swanson and Massachusetts AG Martha Coakley have voiced support for investigation as well, and now Nevada's attorney general, Catherine Cortez Masto, is filing a lawsuit against Bank of America. <strong>Must-click:</strong><a href="http://www.ericschneiderman.com/" target="_hplink">Schneiderman's site</a> and <a href="http://www.beaubiden.com/splash/" target="_hplink">Biden's site</a> (Photo Credit: AP/Getty Images)
AP/Getty