I still get gooseflesh thinking about one particular disheartened mother of a teen boy who expressed her anguish and pain for mothering this child.

Her son was sliding down in his grades, addicted to gaming and everyday ended with an altercation that escalated into shouting matches and doors being banged. Of course with both mother and son drowning in a vortex of anger and hurt.

So who is to blame in the "family game?"

As a coach who works with children and parents this is something I find myself bang in the center of the blame game.

Parents come to me hoping that I will become their partner in hurling accusations on their child, thereby absolving them of any guilt. They look for my support to blame their child for not only everything wrong in his/her life but also in their own lives.

Children expect me to coach them by becoming their ally and support them in their crusade against their parents. 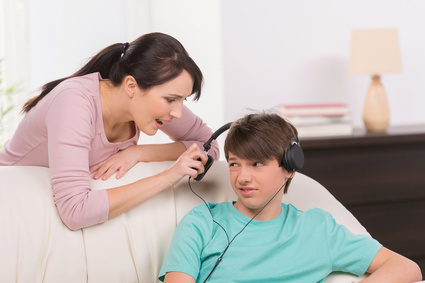 Yet, as a coach, my role has nothing at all to do with judgment. Whatever I say or imply has to be neutral so that it is my client who makes decisions about his/her life with me as a shining light helping them to see with more clarity.

Going back to that day, I remember the mother holding her head in her hands in despair and said -- "If he goes away from us, somewhere far away then my life would be perfect."

She wanted to not only cut the umbilical chord, she wanted to deny its very existence, pretend it never happened. For her to reach this stage to say this to me, I imagine, would have been excruciatingly painful.

So the question arises again: "Who is to blame?"

Her teen son on the other hand was relieved that I was not only encouraging him to speak but was also listening to him without any emotional outbursts which he had grown to expect. As he slowly began to share his own emotional scars, a lot of them were the result of emotional turbulence at the center of the family.

It was as if each member of the family was a live grenade just waiting to explode. If he dared to lose his temper he was also at the receiving end of a couple of tight slaps.

This young boy admitted to me that he did lack focus and was disinterested in his schoolwork and extracurricular activities. The only thing that he looked forward to was gaming on the internet where he connected with other like-minded teens from around the world. He had become lackadaisical about his academics and found solace in gaming. Of course the solace was mostly temporary, as gaming had reached addictive proportions, another bane in the family dynamics leading to volcanic arguments.

So the question arises again: "Who is to blame?"

I am no judge. I have a family of my own. Both as a coach and mother I have learned one valuable lesson -- that if every member of a family realizes that there are recurring problems that are threatening to breakdown the very framework of the family unit then it might be a case of holding up the mirror to ONESELF.

It is definitely not helpful to assign blame on each other. On the contrary it is time to take RESPONSIBILITY for what is happening. The whole exercise of trying to label someone as the sole problem is a wasted effort, because every negative event within the family influences the other, just like the tsunami cannot be attributed to the wrongdoings of either the earth, water or the winds.

Realize that when each one of you makes a small change the multiple effect will result in more peace and harmony in the entire family. And more harmony in the family will lead to better focus, emotional management, improved communication skills and increased confidence in your child.

As a parent you will be able to let go of any guilt and regret. By being more calm and patient, you will feel connected with your child and have the confidence that you are imparting the right values and skills for your child to face the challenges of life.

Gas Stoves Are A Health Risk. Here's What To Do If You Have One.

Working From Home Is A Better Deal For Husbands Than Wives, Study Shows

Everything You Need From J.Crew's End-Of-Season Cashmere Sale

Everyone's Freaking Out About This Discontinued Pasta Shape. Here's Why It's A Big Deal.

These Popular Roomba Vacuums Are Majorly On Sale Right Now