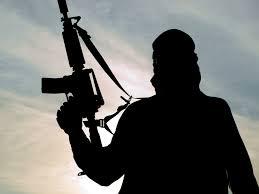 Why are so many young Muslims in so many countries joining ISIS? Unless and until we understand who they are and why they join, we can't provide counter narratives that can disrupt the ISIS recruiting process. So who are these recruits?

MEMBERS OF SADDAM HUSSEIN'S DEFEATED ARMY. In what was one of the stupidest decisions of America's war in Iraq, the US demobilized veterans of Saddam Hussein's defeated army, many of them experienced soldiers and officers, leaving them with no place to go and no means of earning a living. Many of them, stinging from the shame of their rapid defeat, were only too happy to join ISIS, which gave them employment, a renewed sense of honor, and a way to continue their fight against Shia Muslims and the United States. These veterans have provided ISIS seasoned military and organizational expertise. An important thing to understand here is that few of these Hussein-era veterans share the extreme religious views of the ideologues who run ISIS. It's a marriage of convenience, not conviction. The vets put up with an excess of Islamist zeal--and ISIS looks the other way from the vets' "lack of piety." They need each other. The vets' allegiance is tactical. If things go bad and they see alternatives, it's doubtful that many will hang in to the bitter end with ISIS. DEFECTORS FROM SYRIAN REBEL GROUPS, such as the Free Syrian Army. Some of these experienced fighters are attracted by ISIS' hard-core ideology and by its sheer ruthlessness. Some of them might defect for money. Others might switch sides depending on whom they think at the moment has the best chance of toppling Syrian dictator Bashar al-Assad. A shift in military fortunes, a little cash--some of these people could be on our side next. 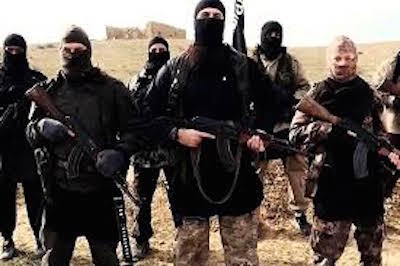 NEW RECRUITS FROM IRAQ AND SYRIA. Imagine that you're a young Iraqi or Syrian Muslim. You feel a sense of shame and frustration that your Muslim world, in terms of political and economic development, has been moving backward since its years of dominance centuries before you were born, leaving you in a place stinking of decay and disintegration. You've watched armies of infidels march through your land, killing fellow Muslims and assaulting the dignity of your tribe and family. You rage at your own incompetent and corrupt government. You are Muslim, though you are not necessarily captivated by the ISIS ideology or by the idea of an Islamic caliphate. But ISIS is the first force to promise you a way out of an insecure and undignified life--a path towards living in pride as a Sunni Arab. That's more than a religious identity; it's about culture, tribe, and territory, too. And as a job, ISIS pays far more than anything else on your horizon; it even provides social services for those in territories it rules. With all that on your mind, and seeing no viable alternatives, ISIS is an attractive option.

GLOBAL INTERNET RECRUITS. ISIS uses the Internet to attract recruits from all over the world, but primarily from Western Europe. Many come to Iraq and Syria to fight. Others come to be trained in terrorist tactics they can then employ on return to their homelands. Others may not leave their homelands at all, but are indoctrinated over the Internet to conduct "jihad" in their own communities.

ISIS recruiting pitches on the Internet are warm and welcoming, with stirring imagery and professionally produced videos. Most are reasonable in tone and content. They are expertly targeted to address real or imagined ambitions and grievances, to appeal to a potential recruit's sense of adventure, and to offer an attractive cause worth fighting for. The pitches are designed to produce and support a virtual community of ISIS fans, an echo chamber reinforcing the description of ISIS as a social movement devoted to protecting Muslims and to fighting an unfair global system.

The low-hanging fruit for ISIS in its Internet recruiting are people who feel inadequate, disrespected, full of unfulfilled ambitions, angry at real or perceived injustices, and who are blaming other people or institutions for their woes. ISIS supports their grievances and reinforces their belief that the cause of their frustration is outside themselves. By drawing the potential recruits into a fantasy world on the Internet, ISIS channels their blame to "anti-Islamic forces" intent on dominating the world and keeping Muslims down. The only way to alter their dismal situation, ISIS tells these people, is to join the battle to transform the world.

To people struggling with the complexities of the personal decisions they face, ISIS' simplistic, good-versus-evil narrative can make a life of danger and sacrifice seem worthwhile and even attractive. ISIS offers the chance to join a movement with clearly defined purpose and hope, something that will put meaning into otherwise meaningless lives, absorbing them into a struggle for mighty goals that will lead them to disconnect from families, jobs, and communities. 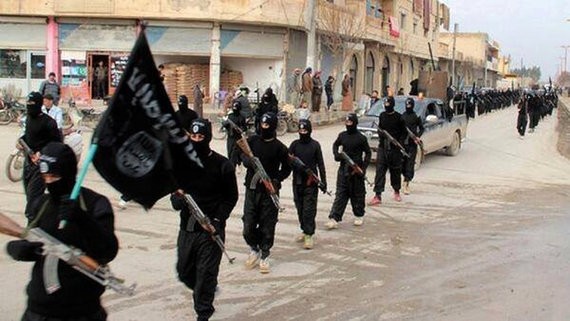 The ISIS message is particularly attractive to a large population of young Muslim (mostly) men in Europe who find it systematically hard to find work, impossible to be accepted, or to avoid the constant attention of police. They hear regularly that they should probably be kicked out of their host countries, even if they were born there. Originally invited in as a source of cheap labor, Europe's Muslim populations have birthed a dangerous generation of angry, disillusioned and disenfranchised youth whose allegiances do not rest in their home nations but are up for grabs to whomever sings the best siren song. Yesterday that was al-Queda; today it is ISIS, reaching out to disaffected Muslim youth in the countries it considers to be enemies.

Religious motivation. ISIS skillfully uses its powerful religious ideology to convince recruits to accept a life that in all probability will include considerable privation and sacrifice. The ultimate truth, says ISIS, lies not in the present, with all his frustrations, but in another realm not of this earth, yet to be attained.

Substitutes for religion in the Middle East--such as nationalism and political ideology--have largely failed, often spectacularly, to create viable states, leaving religion as an attractive alternative for building a better future. It works even better if the potential recruits' secular leaders are seen as corrupt and incompetent, and if the siren songs of Western culture are portrayed as undermining core Muslim values. That only adds to the attractiveness of the extreme, back-to-basics ISIS interpretation of Islam, soundly rejecting Western hedonism and materialism. Some potential recruits are attracted by ISIS' goal of establishing a resurgent Islamic theocracy, or caliphate--an essential step in preparing for an apocalyptic battle for the future of the world against the "Crusader" forces of the West. 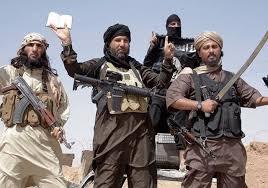 Some observers caution that the religious attractiveness of ISIS shouldn't be exaggerated (Lydia Wilson, The Nation 10/21). Recent prisoner interviews, for example, suggest that many recruits are woefully ignorant about Islam and have difficulty answering even the most basic questions about it. The recruits may be committed to Islam but for many, it's to their own idea of Islam rather than one based on the theological interpretations offered by ISIS. They may be coming to join ISIS, but it is for their own complex web of motivations and not necessarily just for the chance to fight for ISIS' apocalyptic dream.

Whatever the degree of piety among its recruits, ISIS clearly uses religion to reinforce a sense of groupishness--an "us against them" mentality that ratchets up the sense of conflict it wants its members to feel toward anyone outside the group. The world in ISIS' view is divided between those who are unimpeachably good and those who are irredeemably bad. Anyone who accepts this strict dualistic view can easily be led to destroy those outside their "good" group, and to justify acts which are mercilessly and unfathomably cruel.

Adventure. Young people, mostly men, have since the beginning of time been attracted to danger and risk. There's no doubt that this impulse throbs in the chests of many recruits to ISIS. What adventure could be bigger than fighting in a climactic struggle for the fate of the world?

INDOCTRINATION. ISIS is smart enough to know that setting its hooks into a new recruit is not enough, and that that the group's internal cohesion and effectiveness depends upon continuing indoctrination. This is especially true for recruits whose allegiance and religious piety may still be regarded as fragile or at least unproven. The goal is to embed the feeling that, by the possession of a potent doctrine and a charismatic leader, they have access to irresistible power. As noted 65 years ago by Eric Hoffer in The True Believer, the successfully indoctrinated member of any mass movement must have both an extravagant conception of its prospects of success and be woefully ignorant of the difficulties involved. A core part of this indoctrination is a steady diminution of the self. In ISIS, everything that is unique about an individual is criticized, forbidden, or diminished.

ISIS seems to know, however, that a focus just on the hard core elements of its indoctrination is not enough to create and support the viable long-term culture needed by the theocratic empire it seeks to build. So ISIS has gone to great lengths to demonstrate to its members and recruits that the world of radical Islam is not just death and destruction but a 24/7 total support structure. ISIS installs a comprehensive social service network in the areas it controls. It pays good wages. The social atmosphere in ISIS areas (at least for those who play by the rules) is egalitarian, affectionate, and even playful. According to an article by Thomas Hegghammer in the 12/18 NYT, ISIS strives to offer its adherents a rich cultural universe in which they can immerse themselves, including music, poetry, and even dream interpretation. While much of this has parallels in mainstream Muslim culture, ISIS militants have put a radical ideological spin on it, composing their own ideological songs (more precisely, a cappella hymns since musical instruments are forbidden) about their favored themes. Jihadis can't seem to get enough of these songs, listening to them in their dorms and in their cars, singing them in training camps and in the trenches, and discussing them on Twitter and Facebook.

As the West comes to terms with a new and growing threat--horrifically evident in the recent attacks in Paris and San Bernardino--we are not only confronting organizations and doctrines, but also a highly seductive subculture. Yes, some people join ISIS because they want to escape personal problems, avenge Western foreign policy, or obey a radical doctrine. But some recruits may join because they find a cultural community and a new life that is emotionally rewarding. That's why ISIS seeks to provide a full menu of physical, social, psychological, and religious benefits to its members. 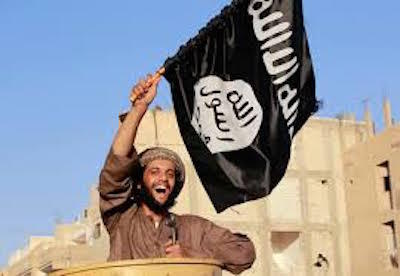 The fact that ISIS offers recruits such a complete system so well attuned to their needs and problems makes it much harder to destroy. Efforts to combat ISIS today are focused on defeating it militarily. We and our allies need also to find a way to counter its religious attraction, destroy its community and negate the power of its songs.

NEXT: A Strategy to Destroy ISIS