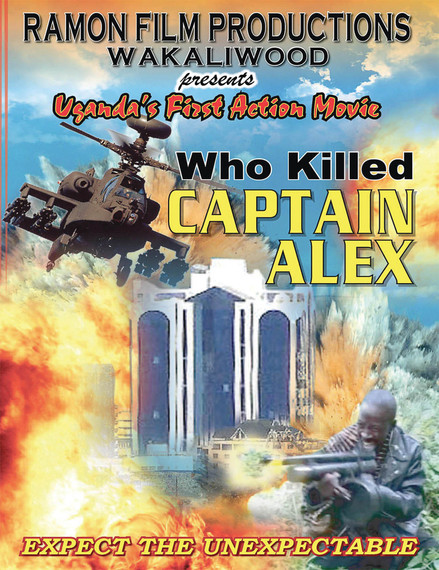 "You think I'll sit back and do nothing as you try to eat me like a juicy grasshopper?" shouts Richard, the thuggish head of the Ugandan crime syndicate, the Tiger Mafia.

This unraveling gent has been raving ever since his brother was captured that afternoon by Captain Alex and his commandos. That Richard discovers his wife was spared provides no solace to him. In fact, just the opposite. Richard yells at her, "I don't need you. I have dozens of wives. I only have one brother." Then he bellows to his second-in-command, "Instead of my brother, you saved this bitch." He then shoots his spouse. (This isn't as sexist as it sounds since Richard tends to shoot everyone whether friend or foe.) 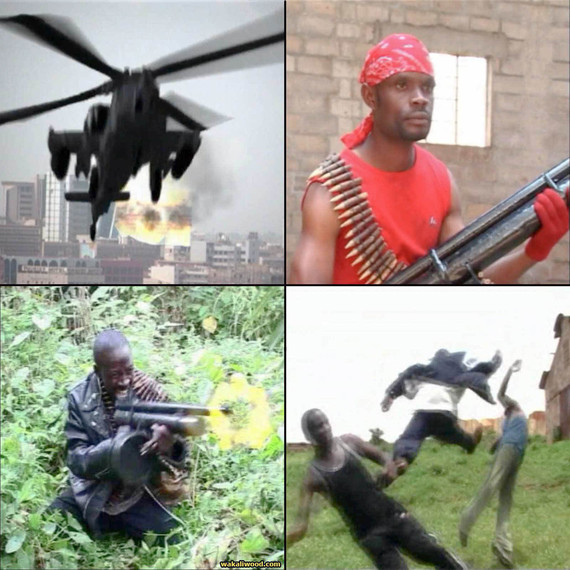 Sadly, this drug-dealing villain is not the only one on the set who's psychotically unsettled. There's the hired gun who notes, "I'm a mercenary from Russia. I came here to kill. If you don't give me people to kill, I quit." Since the film's budget [around $200] didn't allow for the importing of a Muscovite actor or at least someone who even looks like they've even heard of Vladimir Putin, a short Ugandan plays him.

Exuberantly directed, shot, and edited by Isaac Nabwana in the small, electricity-disabled town of Wakaliga, Who Killed Captain Alex? became an instant cult success in the streets of Uganda back in 2005, even though it was never shown in theatres. Instead, besides street sellers hawking the DVD, the action spoof were screened on TV sets in certain clubs/shacks while a VJ (video joker) added his own commentary to the film. The VJ might note when there's a rare moment the cast isn't being shot at or buildings not being blown up: "Action is coming, I promise you!" Or when a young woman is singing on the stage at a downscale restaurant, he'll bellow over both the music and the dialogue: "Sing Dolly Parton! We love Dolly Parton." 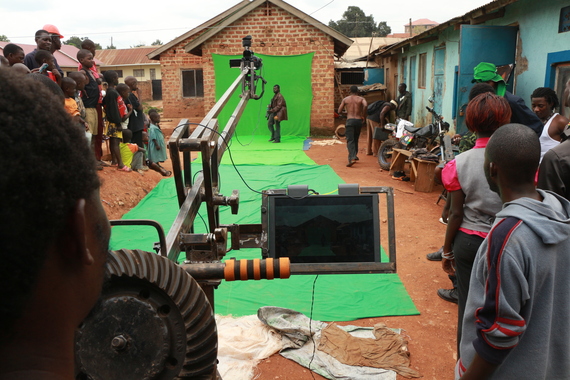 The current cut of the film -- an offering at the always outrageous Fantasia International Film Festival (July 14 to August 5) in Montreal -- includes the VJ dialogue, which is seldom less than a hoot. (For a complete history of the film and its sociological underpinnings, check out Sam McPheeters's superb article on Vox.com.)

Clearly, what Plan 9 from Outer Space is to sci-fiers, Captain Alex is to Rambo-esque action aficionados. The film opens with the bombing of New York City for some odd reason. Then with the vigor and expertise of suburban kids playing Cowboys and Indians in the backyards of the 1950s, the cast here runs to and fro, yelling and killing and dying while deliciously cheesy special effects are edited in over their dinner-theater theatrics. 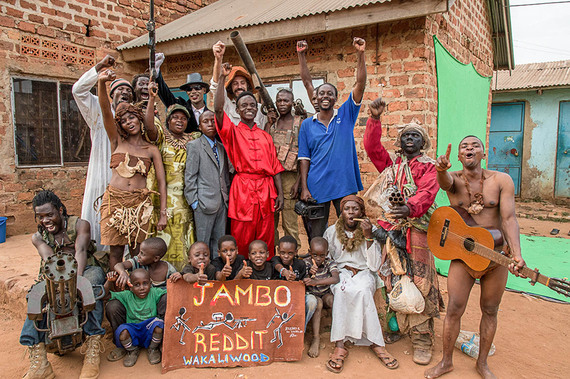 The cast, crew, and friends party in Wakaliga.

Oscar Wilde once insisted, "Bad art is a great deal worse than no art at all." Nabwana proves him wrong. This offering has already been downloaded from YouTube over 258,994 gleeful times the last I checked.

By the way, Captain Alex does get killed.