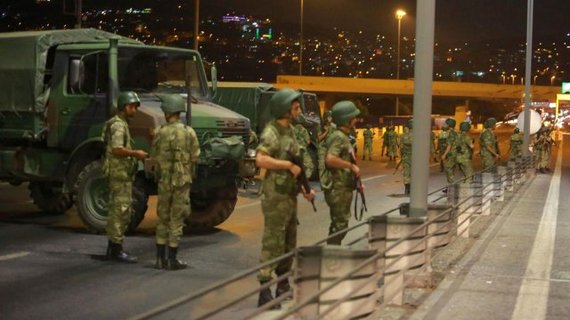 Four-week threshold has been passed and, looking deeply into the most important question on the botched coup in Turkey, we still are left wondering who orchestrated this bloody attempt.

In other words, to use a phrase by Dick Cheney, 'we know that we don't know.'

And, this is rather bizarre.

Day after day, since the morning of July 16, we are fed by endless flow of data by the government officials, over the consequences. 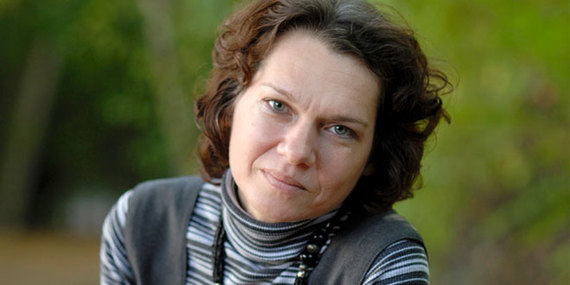 102 journalists and intellectuals- including the internationally renowned author, Asli Erdogan and respected liberal academician, Şahin Alpay - are now in prison.

According to the the trade union, BASIN-IS, those journalists who have been left unemployed since the launching of the emergency rule is, 2.308.

A massive series of sanctions and consequences which, frequent official updates show, and the 'eye to eye' rhetoric imply, that apparently make the cabinet proud. 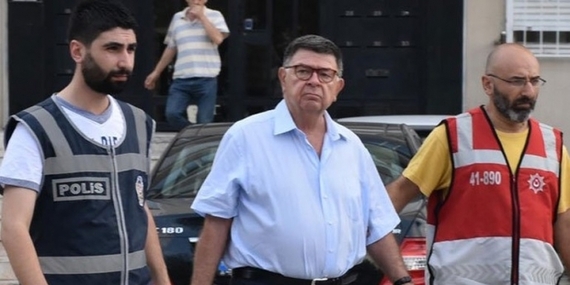 Yet, we don't know the answers to the most crucial of all questions:

Who were in the top of the chain of command?

The AKP government shows a remarkable timidity to unfold the truth about who, by way of an attempted putch, indeed triggered such wave of deeply dubious counter-measures.

There is clearly equally suspicious assymetry regarding the enthusiasm to make public the reason of the mutiny and the consequences.

What we do know so far, according to a sharp analysis by Aaron Stein, a keen researcher with the Atlantic Council, is this:

''The events on July 15 are still murky, but based on an open-source reconstruction of the military assets involved, it appears as if factions in the First and Second Armies as well as the Air Force spearheaded the coup. Elements of the Navy and the Coast Guard were also involved.''

At the same time, all we get from official sources - open or anonymous - is unequivocal: this act of evil was from the very beginning to the end, was choreographed by a single perpetrator: Gülenists.

Large bulks of Turkish media, that is staunchly pro-government, isolationist and the third, strictly controlled by power-submissive media moguls, for weeks now pump this univocal, stenographic output, while the tiny, critical, independent media segments are totally silenced day after day.

'''Not surprisingly, conspiracy theories have found fertile soil in which to grow. The government uniformly promotes one such theory--that the Gülenists hatched the plot with the backing of the CIA and the Obama administration. In the absence of free media, the AKP's accusations hinder any effort to establish the true forces and agendas behind the coup attempt. Instead, the government rhetoric lends respectability to an ongoing push for recrimination... It appears that (it) is content to withhold information that would clarify the details of what occurred.''

Let us now go a little deeper to highlight what the independent research has offered us until now.

''The coup plot drew support from various individuals with different political outlooks, belying the narrative that just one faction--the Gülenists--were involved in the coup attempt,'' wrote Stein, having gone through the available data:

''To date, little to no information has been released about the core group of coup plotters, which makes it difficult to draw any definitive conclusions about the ideological affiliation of the putschist leadership--and whether they have links to Gülen or not.''

Another researcher, Svante Cornell, in an article for Wifried Martens Center, Brussels, days after the uprising, had reached the following insight:

''...no one believes that Gülenist officers had risen to the ranks of three or four star generals. Thus, while it is very likely that Gülenist officers were involved, it is equally obvious that they could not have carried this out on their own. The more senior generals apparently involved do not seem to have any Gülenist affiliations. Hence, the coup may have been carried out by an unholy alliance between a faction of old-school Kemalist and Gülenist officers.''

''The coup was not planned and implemented within the chain of command. The Chief of General Staff and the heads of the crucial First Army and Special Forces remained loyal to the government. This, not people on the street, was the key reason the coup failed.''

These findings will certainly push the clash two lines about the key question I underlined.

There is no sign yet that parts of the Turkish media cop-out from the grip of self-censorship and talks to other sources than 'allowed'. As the AKP propaganda singles-out Gülenists as the 'one and only' culprit, this demonisation inevitably brought together Turkish media's pro-government, militarist and opportunist segments together in a chorus; and this large block still keeps avoiding to ask the hard questions.

And serious parts of the Western media, bashed in Turkey, seems persistent in the right to question each and every detail that, unquestioned, is published in Turkey. Alos because the more the AKP sharpens its anti-western rhetoric, instead of presenting concrete evidence on what it claims to be the truth, the more suspicious the outer world becomes.

This feeds the popular urge of isolationism inside Turkey, as the weariness among its allies reach new heights.

But, the concern, shared by some other independent Turkish colleagues, has to do with another core matter: if the mental gap is deliberately widened by the AKP government, using obstinately the 'Gülen card' vis a vis the Western allies, it will obscure further consequences the botched coup triggered in Turkey.

It leaves uf less and less doubt in the fourth week that the element of Gülenists (whose involvement nobody questions) provided a perfect pretext for President Erdoğan to rise above 'enemy of my enemy is my friend' tactics.

When he was visited in his huge palace on Tuesday by a group of lawyers, he was happy to receive a full-scale support by the chairman of the Turkish Bar Association, Metin Feyzioğlu, who is one of the most visible figures of Turkey's Kemalist elite. That Feyzioğlu not mentioned anything at all in his speech about the power abuses, right to defence, media crackdown and allegations of torture speaks for itself. 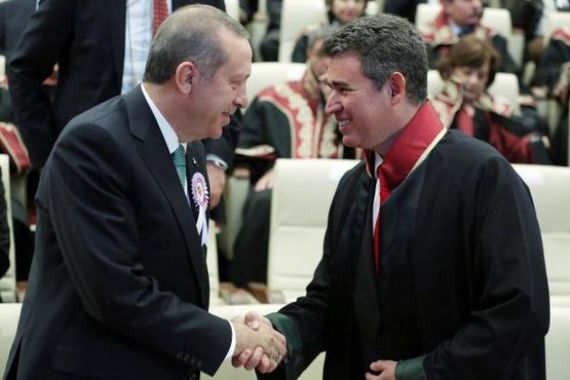 Then, we reach the key question.

Does keeping whoever the top perpetrators were in a blur help the AKP government?

Apparently, it is intended to work in its favour in various levels.

It serves to attract the 'centrist' and nationalist anti-AKP parties to assemble in the orbit of the President, cement a strong enough majority to approve - in a referendum - shift to a one-man rule.

The recent wave of crackdown on Kurdish media signals a two-frontal warfare which, along with the one against the Gülenist business and bureaucracy elements, Erdoğan hopes, will make his position unshakable.

But how efficient the 'Gülen card' will work abroad to legitimize the wreckage the post-putch purge and mass arrests and whether or not it at all will help repair Turkey's utterly weakened image is another question, which can not be answered as long as we are not offered credible data on who really was behind the coup attempt, and why.

''What is clear is that the government's pervasive campaign of disinformation masks an unhinged clampdown on a wide spectrum of Erdoğan's opponents'' concluded Prof Cizre.

''There is a huge historical irony here: When the tanks were in the streets, Turkey's democrats--liberals, leftists, HDP members and others--shared the joy of protesting against a coup with fellow citizens from all walks of life (despite the religious chants and disapproving looks that disturbed some secular democrats and stylishly dressed young people). Now the democrats are shocked to discover that a normal judicial process to prosecute and convict the coup makers has metamorphosed into something almost out of control. A state of emergency was declared, allowing the government to act speedily against the members of the "Gülen terrorist organization," and which opened up the possibility of suspending basic rights and freedoms by decree. Erdoğan has already started to talk about reinstating the death penalty. Turkey's democrats are legitimately concerned that the government is using the foiled coup as a pretext to eliminate whatever is left of due process, rights and freedoms, diversity and plurality. The president, meanwhile, is using the guise of post-coup restructuring to consolidate his own power even further without political backlash.''

Therefore, we will keep asking to be convinced.