The tale of the discovery of Neptune, the eighth planet in the solar system (Figure 1) reads like a detective story. 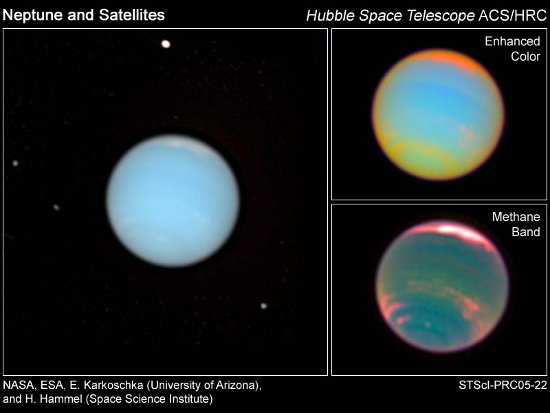 Figure 1. Neptune as seen with the Hubble Space Telescope (from: http://hubblesite.org/newscenter).

The planet Uranus was discovered by astronomer William Herschel in 1781. Almost immediately, astronomers started to see deviations of its orbit from predictions made by Newton's theory of gravitation. By the early 1840s, these deviations became substantial, leading a few astronomers to speculate that Uranus's orbit might be perturbed by the presence of an unseen planet (alternatively, Newtonian gravity would have to be modified at large separations). In some sense, this was the first suggestion for "dark matter" -- mass not detected through its light, but rather through its gravitational effects.

On June 1, 1846, the French mathematician Urbain Le Verrier published a calculation that explained the discrepancies by predicting the existence of a transuranian planet, and its expected location in the sky. Based on his prediction, the German astronomer Johann Galle and his student, Heinrich Louis d'Arrest, discovered Neptune just after midnight on the night of September 23, 1846. The new planet's celestial longitude was just about one degree away from Le Verrier's prediction! The excited Galle informed Le Verrier: "the planet whose place you have really exists."

If the story would have ended here, this would have simply been a fascinating story of how sciences progress through theoretical predictions and observational verifications. This is, however, where the conventional plot started to thicken. According to the commonly told version, as soon as news of the discovery reached England, George Biddell Airy, the British Astronomer Royal at the time, realized that he had seen a similar prediction in the fall of 1845 on a note left at his house by a little-known English mathematician named John Couch Adams.

Adams had indeed been doing calculations for several years concerning the potential location of a new planet, and he briefly communicated his results to Airy and to James Challis, director of the Cambridge Observatory. However, the fact is, that the materials Adams provided to Challis and Airy were insufficient to convince the two to initiate an aggressive observational search. Only after Le Verrier's prediction became known in England did Challis make an unsuccessful attempt to search for the planet suggested by Adams' calculations. Nevertheless, following the announcement of the discovery of Neptune, a controversy arose between the English and French astronomical communities, with the English astronomers claiming that Le Verrier and Adams should share the credit for the prediction. The French initially reacted with suspicion, and the magazine L'Illustration even published a cartoon depicting Adams "discovering" Neptune in Le Verrier's manuscript (Figure 2). The controversy eventually subsided after Airy presented certain documents which supposedly demonstrated that Adams had indeed produced predictions deviating from those of Le Verrier by only about one degree. The emerging consensus was, therefore, that Le Verrier and Adams should both be credited with predicting Neptune.

Figure 2. A cartoon that appeared in the November 7, 1846 issue of L'Illustration, showing Adams looking for Neptune in vain, and then "discovering" it in Le Verrier's notebook. From: www-history.mcs.st-and.ac.uk.

Amazingly, the story did not end there. Modern science historians, such as Neptune scholar Dennis Rawlins and astronomy historian Robert Smith, discovered that it was difficult to examine the details of the discovery of Neptune since the "Neptune file" containing Adams' correspondence with Airy had gone missing from the library in the 1960s. In 1999, following the death of astronomer Olin Eggen, the file was discovered in his office in Chile, even though Eggen had previously denied having it. Eggen had served as chief assistant to the Astronomer Royal in Britain in the early 1960s, and apparently he was given the file -- or he "borrowed" it (as well as other rare books) -- for some research he was doing on Airy's work. He then took the file with him to Australia and eventually to Chile.

Historian of science Nicholas Kollerstrom and his colleagues William Sheehan and Craig Woff have examined the file in detail, and in their view "the achievement [of predicting Neptune] was Le Verrier's alone." They based their conclusion on two main points. First, in successive calculations, Adams kept changing his prediction for the location of the putative new planet, once by as much as twenty degrees. Second, even though there is no doubt that Adams' calculations were similar in nature, and at some level even in accuracy, to those of Le Verrier (both miscalculated Neptune's distance from the Sun), Adams failed to convince his contemporaries to engage in an extensive search. Did, therefore, (in Kollerstrom's words) "the Brits steal Neptune"? Maybe this is too strong a statement, but they certainly presented the evidence in a way that boosted Adams' (and thereby Britain's) claim for credit.

Scientists are only human after all.