BERLIN (AP) — A paternity test on a baby orangutan has come back with a surprising result.

Basel Zoo in northwestern Switzerland said Thursday the test showed 5-month-old Padma wasn’t fathered by the male in her enclosure.

Keepers routinely take DNA samples from newborn orangutans because the endangered great apes are part of a breeding program.

Researchers at Basel University’s forensic laboratory compared Padma’s DNA to that of Budi, a 14-year-old male living in the same enclosure as the baby’s mother, Maja.

They found it didn’t match Budi’s DNA. Instead, it matched 18-year-old orangutan Vendel, who lives in the next enclosure.

It appears that for Maja and Vendel, the dominant male at Basel Zoo, the dividing fence was no obstacle to some monkey business. 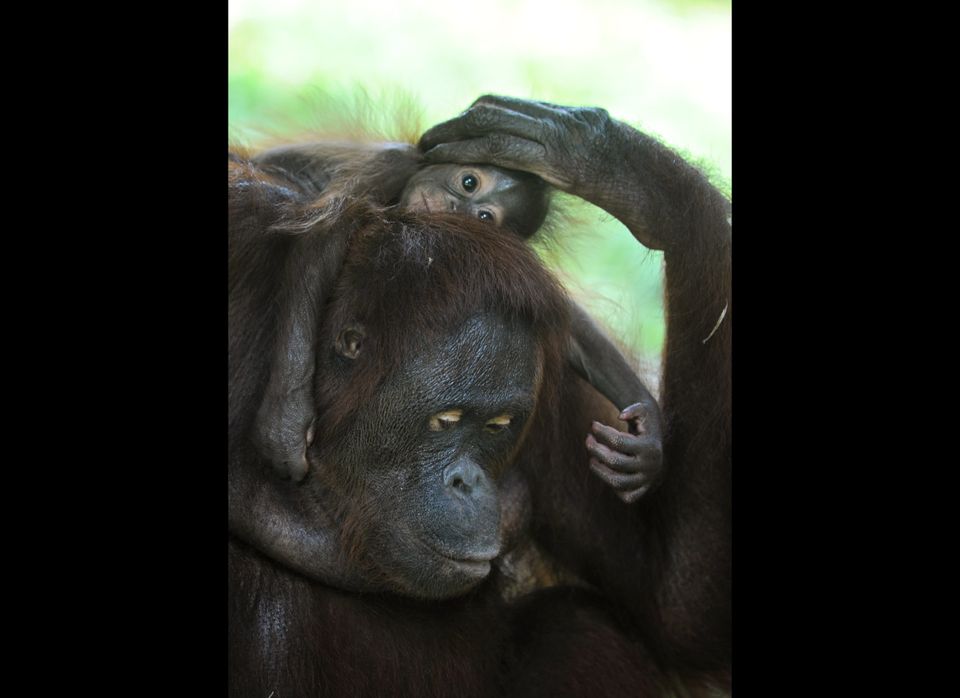 1 / 6
A baby orangutan clings to her mother at an enclosure in Ragunan zoo in Jakarta on January 27, 2011. Orangutans are far more genetically diverse thatn thought, a finding that could help their survival, say scientists delivering their full DNA analysis of the critically endangered ape. The study, published January 27 in the science journal Nature, also reveals that the orangutan -- 'the man of the forest' -- has hardly evolved over the past 15 million years, in sharp contrast to Homo sapiens and his closest cousin, the chimpanzee. Once widely distributed across Southeast Asia, only two populations of the intelligent, tree dwelling ape remain in the wild in Borneo and Sumatra islands of Indonesia. (ROMEO GACAD/AFP/Getty Images)
Getty