It's no secret that presidential-hopeful Mitt Romney is lacking in the relatability department. It's not that he's any whiter or dad-ier than the other GOP candidates, there's just something about him that screams "entitled, independently-wealthy, out-of-touch guy" louder than the others.

So in that spirit, the people at MAD had the inspired idea that Romney may not be so different from a certain greying mogul from "The Simpsons."

Go ahead and see if you can figure out which things were said by an actual politician and which ones were said by a cartoon character. It's harder than you'd think. 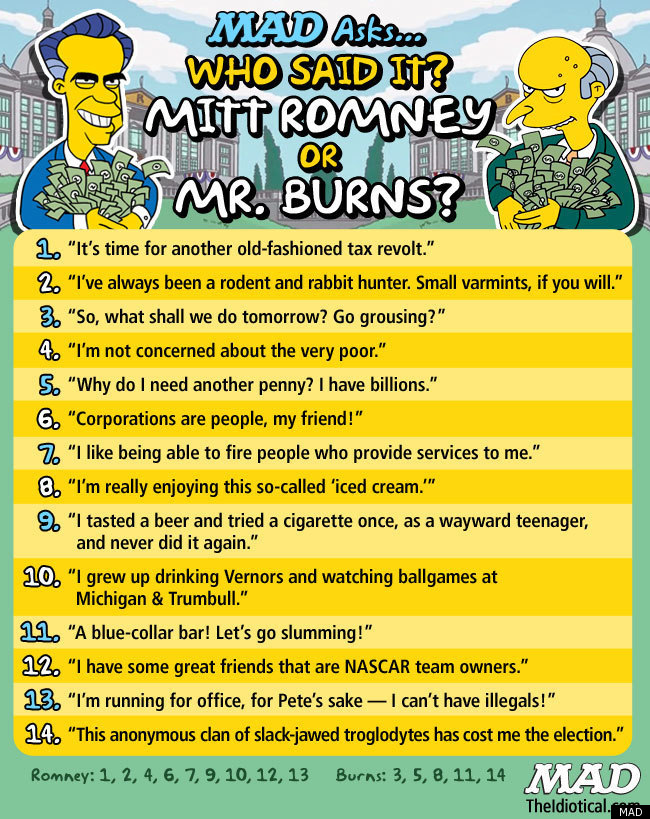 Host Keegan-Michael Key Shares Love Affair With 'SNL,' Then Takes On The Muppets