Most election maps are colored according to which candidate won the most votes in each district. These maps show most of the city as Democratic blue. There are clusters of red districts in Staten Island, southern Brooklyn and in Queens, as well as on the Upper East Side. 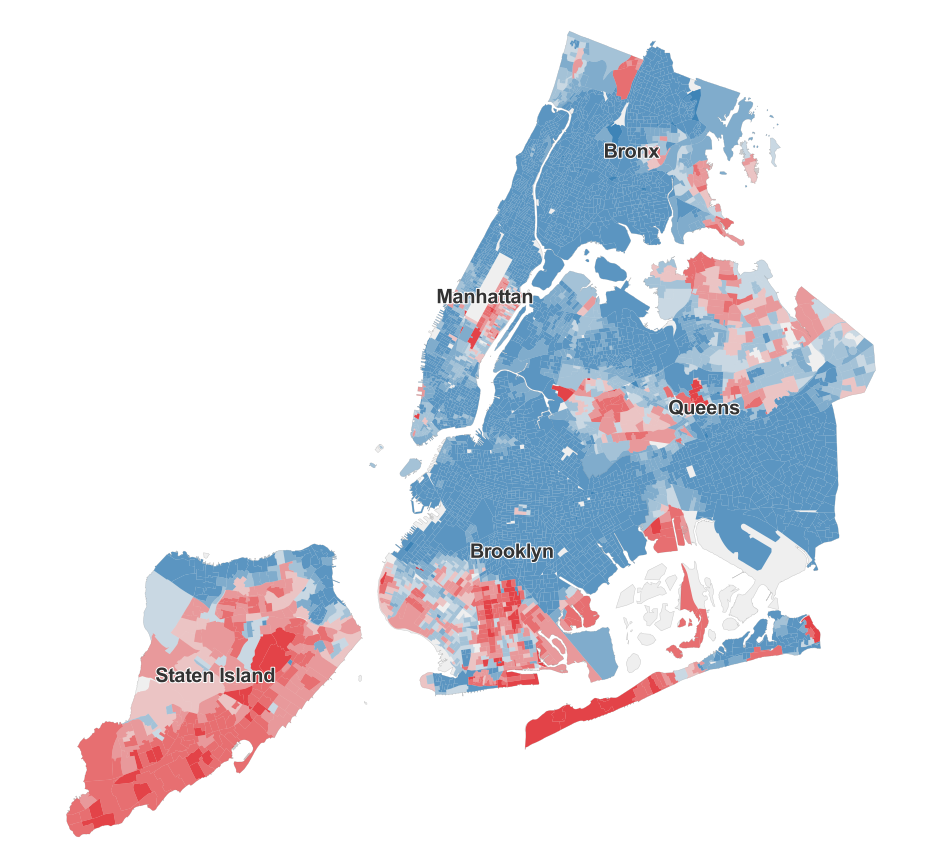 But traditional election maps like this obscure the fact that Lhota voters are scattered throughout the city. In the map below, we drew a dot to represent every 20 Lhota voters in a district, to create what cartographers call a dot density map. 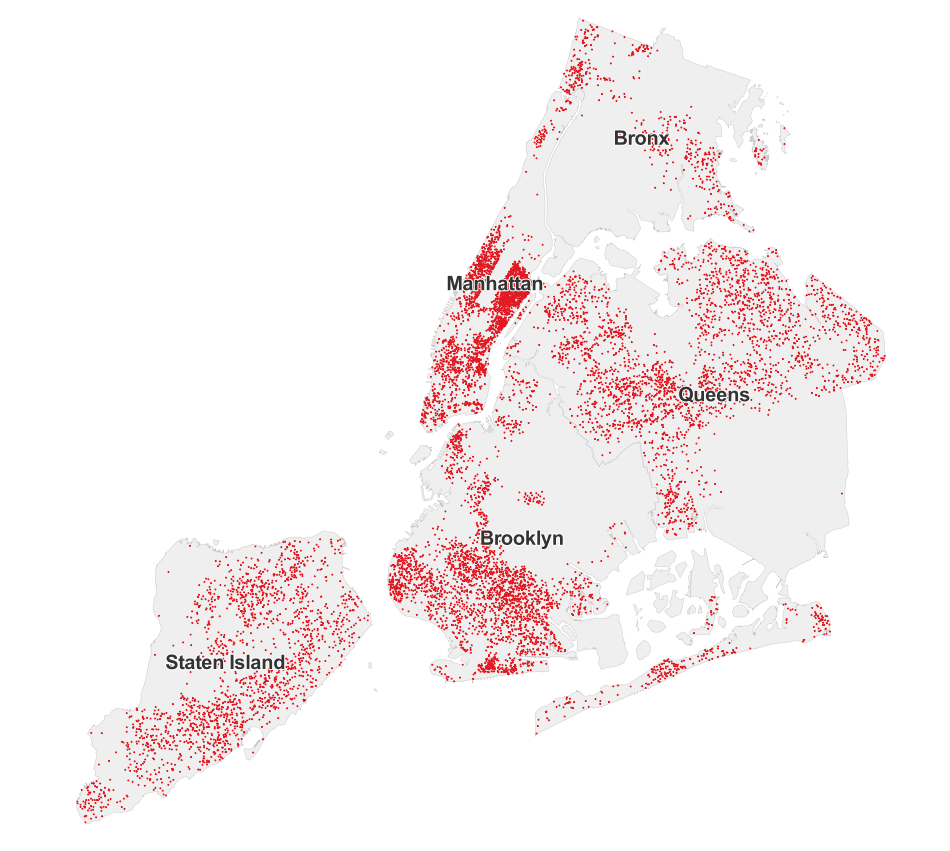 This reveals a different picture, with Lhota voters distributed all over the city, including on the Lower East Side, in Williamsburg, in downtown Manhattan and even in de Blasio's home neighborhood of Park Slope. 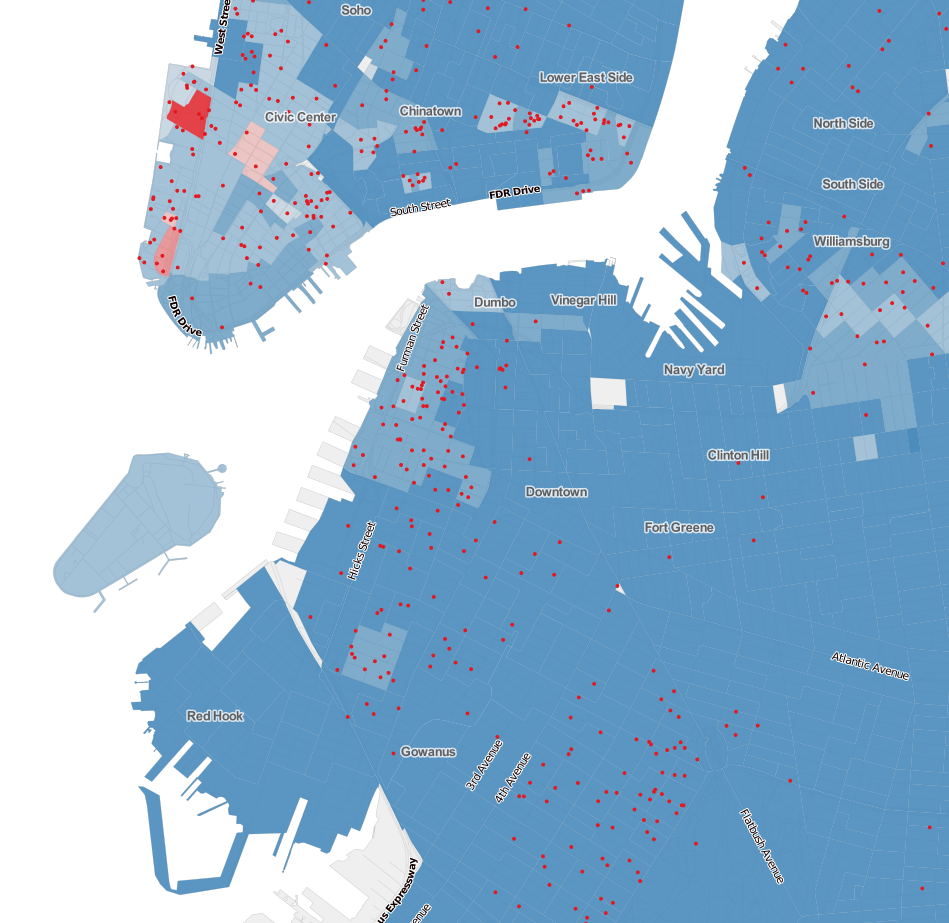 In fact, Lhota earned more votes from de Blasio's blue districts than from the red districts he won.