Get out your magnifying glass to see the tiny percentage of charitable donations allocated each year to the environment. That's right: 3%, including animal welfare, parks, zoos, and gardens. But a growing number of very very rich people are disrupting usual philanthropic patterns to tackle climate change--strategically and specifically. 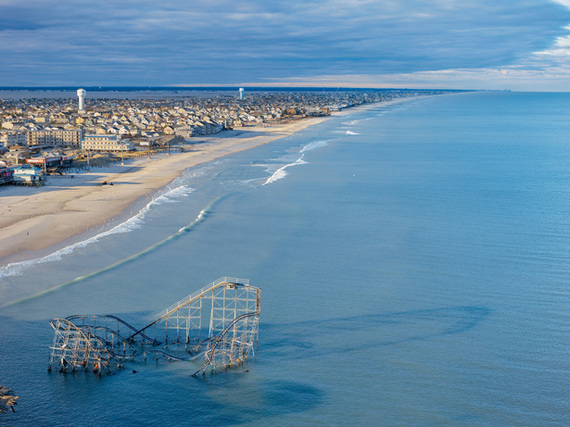 When future historians chronicle the history of climate-change solutions--i.e. how we moved from a fossil-fuel polluting global mess to a thriving clean-energy economy--some billionaires will be tagged as villains. But a growing segment of the very wealthy will be rightfully honored as climate heroes.

Why would the problem of climate change especially attract a mega-magnate? I can think of fourteen special characteristics of the billionaire that makes him especially keen to participate on solutions. Among these traits, the rest of us can find plenty of reasons to join them.

1) Size of Challenge. A billionaire tends to think big, and global warming is arguably the biggest issue of our time.

2) Requirements of Scale and Speed. More, better, without delay: such parameters attract a self-made billionaire. "If you have a goal to reduce greenhouse gas emissions by 2050, you'd better be inventing now, to shift over the global energy system. Usually it takes 50 years. We have to move faster than that." Microsoft co-founder Bill Gates, announcing the Breakthrough Energy Coalition, December 2015.

3) Data. Hugely successful people use reliable data, respect key findings, and notice patterns and gaps that the rest of us are slower to apprehend. They can connect the dots, for example, from employment stats showing that jobs in the U.S. solar business grew 12x faster than overall job creation; to authoritative findings re: continued record-breaking world temperatures.

5) Financial opportunity. Coal is on the wane, renewables are on the rise. $380 Billion in large-scale oil & gas projects were cancelled during 2015. Concurrently, investments in clean energy soared. $380,000,000,000 is a figure that a billionaire's head can wrap around nicely. (See point 3.)

6) Long-term thinking. A billionaire is a fan of the long view and urges others to consider it: "Over the long-term, environmental, social and governance (ESG) issues - ranging from climate change to diversity to board effectiveness - have real and quantifiable financial impacts." Blackrock CEO Larry Fink letter to investors, February, 2016.

7) Flexibility. Wildly successful business people adapt to rapidly changing circumstances, make bold plays, and they don't have to wait for everyone else to catch up. When a credible report (see trusted experts, point 4) concludes that sea levels will rise xx by 2025 or 2030, they act. They realize the date will be here, and soon: quite possibly before anticipated.

8) Comfort with Change. Wild cards are at play in the global warming equation. Billionaires respect unintended consequences. Risk doesn't scare them; it invigorates them.

9) Confidence. A billionaire trusts his own conclusions, ignores skeptics and deniers. Otherwise, he knows, he'd never get where he needs to go. Not only does he 'believe in' climate change: he grasps the astonishing speed with which it is remaking our world. Ergo, a climate-champ billionaire jumps to action.

10) Appetite for Innovation. A winning entrepreneurial billionaire possesses a drive for innovation and disruptive invention to solve the world's biggest problems. He loves to invest in promising solutions. An engaged, creative billionaire is intrigued by the enormous financial imperatives and opportunities at play, for instance as described by the Ceres Clean Trillion campaign:

In order to limit global warming to below 2°C and avoid the worst effects of climate change, the world needs to invest more than an additional $1 trillion per year in clean energy through 2050 - the "Clean Trillion." Reaching the Clean Trillion and putting the world on a path to climate stabilization will require shifting capital away from high carbon fossil fuels - the majority of which must remain in the ground - and into clean energy.

A high-powered billionaire reads a directive like that and says, ok, so let's get started. Not, ho hum let's wait. 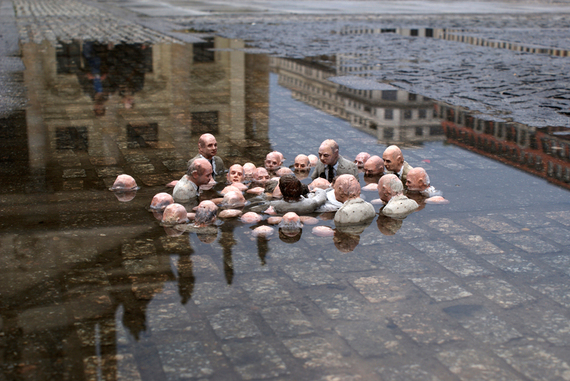 11) Responsibility. "I'm a practical person," Michael Bloomberg said on May 20, at the release of Bloomberg Philanthropies' annual report. "If we've got a problem, let's do something."

12) Partnerships. Modern magnates recognize the power of strategic allies. "If you want to have a sustainable impact on a complex, wicked kind of problem, you need partners. Philanthropy is not a competition. It's really an opportunity for collaboration," says Melissa Berman, chief executive and president of Rockefeller Philanthropy Advisors. (See point 2, re: the Breakthrough Energy Coalition; further examples abound.)

13) Legacy. Like all of us, billionaires have families. They have children and grandchildren and, understandably, plan ahead for heirs. Doesn't it make sense? Any grampy wants his progeny to live in a stable natural environment, and not one where drought, floods, heat waves, disease, and forced migration are the new normal. A billionaire grampy knows he can do something to insure that reality.

14) Satisfaction. We all feed good when we make a positive contribution. Billionaires included. Gerhard Andlinger recently spoke at the dedication of his eponymous Center for Energy & the Environment at Princeton University. Andlinger tells the story of his philanthropic decision with a twinkle in his eye. Call it the "can't take it with you" mantra:

"A friend mentioned that I might consider making a long-term gift. Sure. I might. Then, this friend pointed out to me that I would have more fun with the project now, when I am alive, seeing it build, participating in the success. I thought that was a very sensible observation."

It used to be that billionaires were merely "environmentalists." They worked with land-trust dot orgs to preserve property, with an eye to the scenic, and, admittedly, to their own privacy and enjoyment. Think family ranch, or private island. The modern billionaire is more inclusive, more generous, more pecuniary--and more urgent.

"My wife and I are excited to support TNC, because it's shifted from being about simply protecting the environment to forcefully working on climate change. Because if we don't get this right, we won't have an environment to protect."

Climate billionaires get that we are all in this together. They encourage other wealthy people to get involved. And they are fired up about nothing less than saving human civilization.